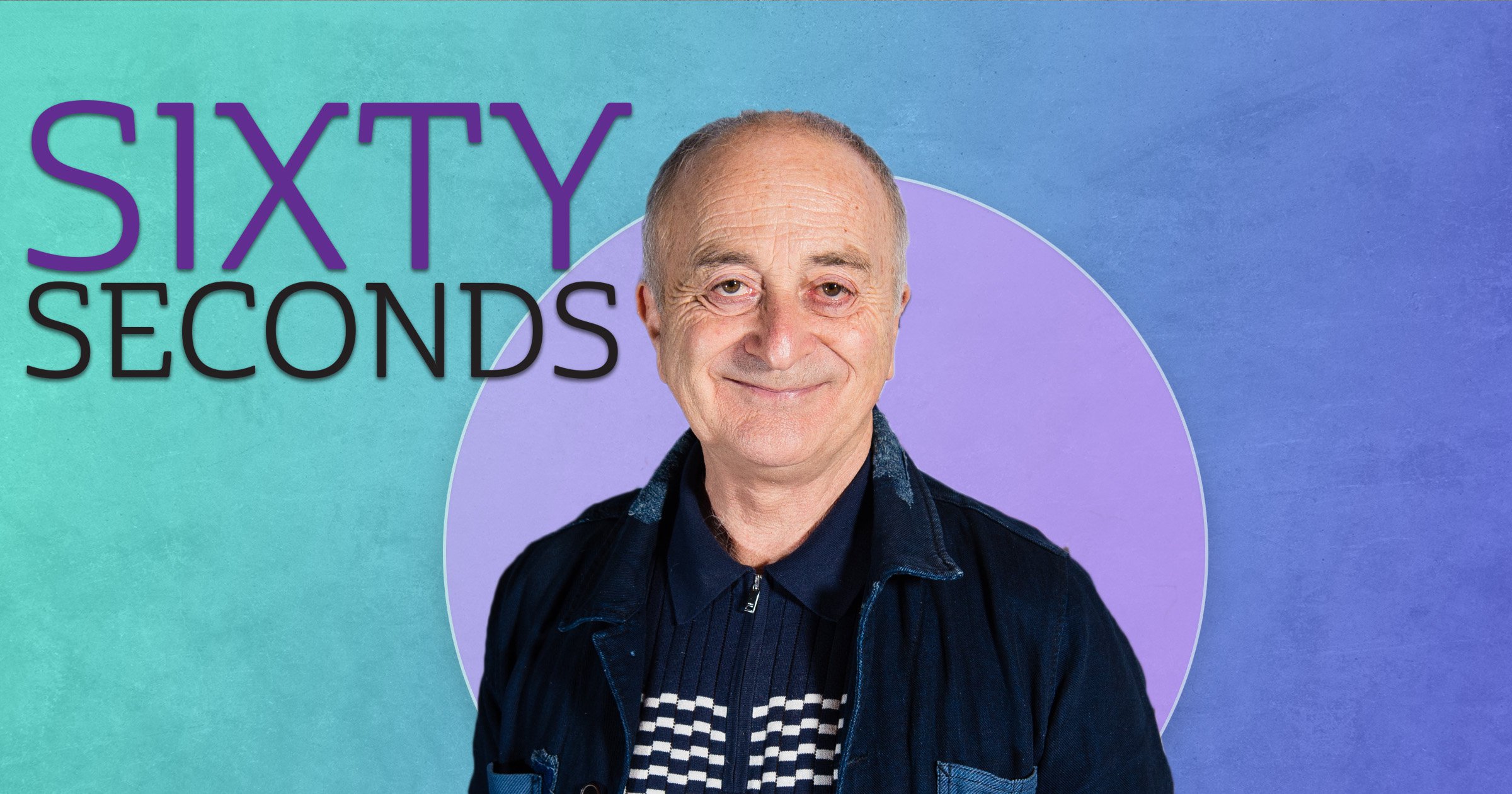 The Blackadder star, 74, on the Thames, John Wayne and the return of Maid Marian and Her Merry Men.

You got a rescue West Highland terrier before the first lockdown. How is she?

She’s such a pleasure. She’d lost almost all her hair, was skinny and shaky.

Gradually, she’s gone from this nervous mess into a confident, healthy, loving dog. One day she suddenly fetched a ball for me, chased a stick and hid things behind curtains. Even animals have been learning new lockdown skills!

Maid Marian And Her Merry Men is coming to BritBox. Are you surprised it has endured so well?

I did a couple of Comic Cons with the Maid Marian company and they were a huge hit. We had a whole day of mums who had enjoyed the series as girls bringing their own kids along so we knew there was something there.

Were you always going to play the Sheriff of Nottingham?

Originally I was going to play Robin Hood but we decided to make him good-looking in a ghastly, daft, floppy-haired way.

I’d been playing a cute character for so long that I wanted a change and I realised that if you play the baddie you can control the pace of a show. Plus, bad guys have more fun!

You managed to get a few double entendres into a children’s show.

When Maid Marian says, ‘Men… they promise you the world and you end up flat on your back, servicing their muck spreader,’ it is an image about a piece of farming equipment but adults could read it a different way.

Those given the chance to play an iconic character such as Baldrick in Blackadder in one of those famous sitcoms are in a very small club.

Just me and Andrew Sachs as Manuel in Fawlty Towers, really. The trouble is, you’re so focused on getting it right that it’s hard to enjoy the success at the time.

While it’s nice when people come up and say they like a certain thing, it’s when they say, ‘I like your work’ that my head really swells.

Did Blackadder end at the right time?

The producers and writers were arguing non-stop so another series was a non-starter. But it also catapulted us all into a new world of opportunities for us to go off and do our own thing. Not unlike the Spice Girls.

Which Spice Girl were you?

You’ve got a new series called The Thames: Britain’s Greatest River. Fans of the Wye and the Severn won’t be happy…

I’m not responsible for the title and refuse to defend it. I stand by it until I do The Clyde: Britain’s Greatest River. As a Londoner, it’s certainly my greatest river.

John Wayne pushed you into it once, didn’t he?

He did, in [1975 detective thriller] Brannigan – into the King George V Dock. He was pretty ill [with cancer] by then, very dour and protected by his entourage so none of us got to say much to him.

But politically we were so many poles apart that I can’t imagine a conversation beyond pet dogs and the weather.

What were your most memorable discoveries?

Coming into Southend from the sea was fascinating – going past all those emplacements, just rusting away, where guns had been mounted to shoot down German planes. And I hadn’t realised how clean the Thames had got.

When I was growing up in the 1950s, if you fell in, you’d be driven to casualty straight away but now you could dive into some of the more languid spots.

When did you get the performing bug?

I can’t remember not having it. My parents were both in amateur dramatics and saw an advert looking for children to be in a show based on a Dickens novel so I got a part in the original cast of Oliver!.

I had an enormous CV by the time I was 17 but fortunately my parents insisted I went to drama school and I became one of those lucky people who’s always lived my dream. Even if I was living it at the labour exchange through large parts of my 20s and 30s.

We’ll start filming The Thames At Night once lockdown is over and we’re talking about rebooting Maid Marian.

By March or so we’ll know whether it’s likely to happen but it’s a real possibility, which is exciting.

Are you writing yourself a part as the Sheriff’s father?

Maid Marian And Her Merry Men will be on BritBox as part of the Old School Collection. The Thames: Britain’s Greatest River With Tony Robinson airs on Channel 5 at 9pm on Wednesdays.

Kimberly Wyatt claims acne ‘almost cost her place’ in the Pussycat Dolls: ‘The pressure to get rid of it was intense’

IFDA – Milano Single early edition and the union between Fashion...

‘That ain’t it’: Bow Wow under fire after performing in packed...