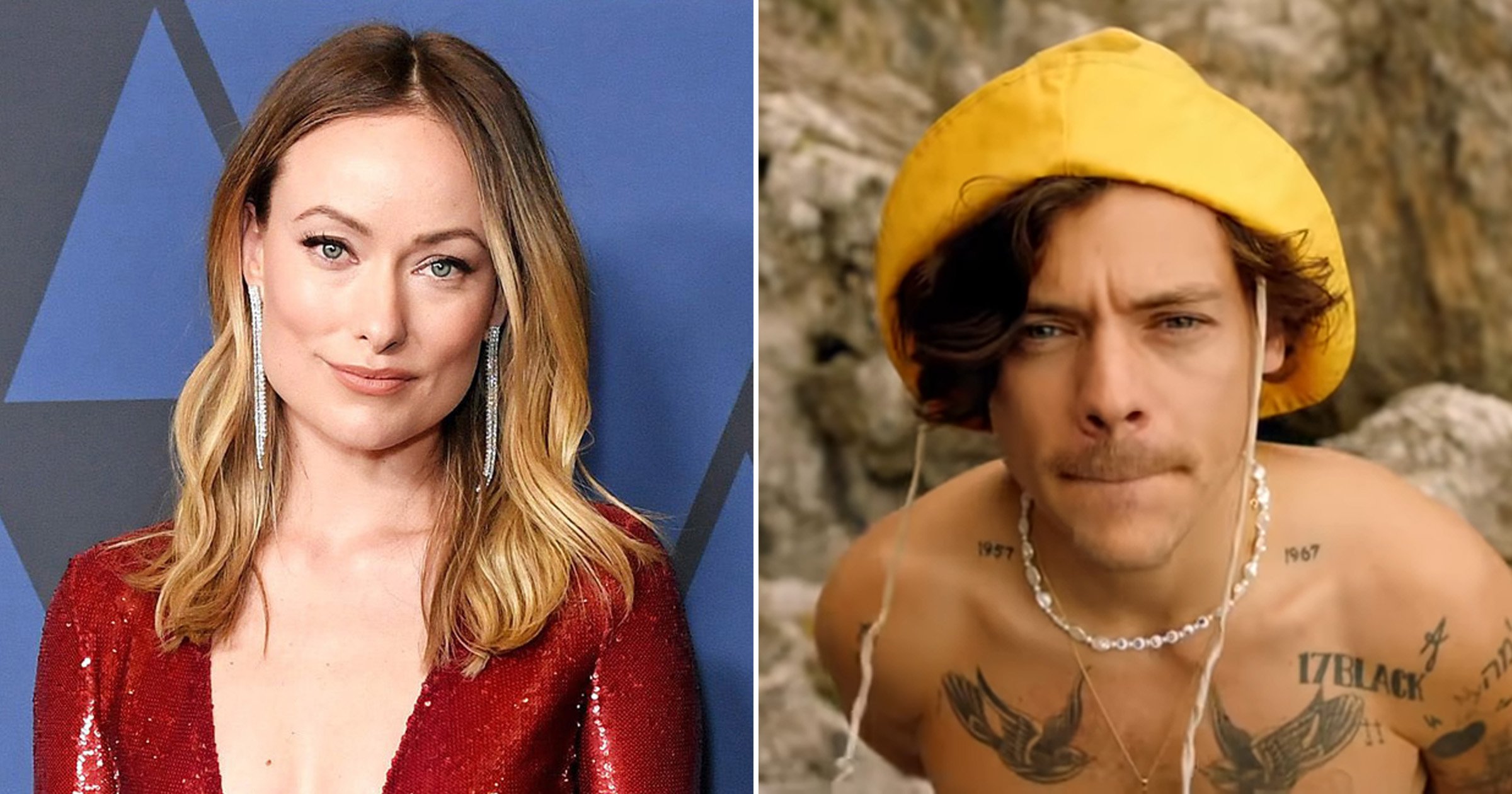 Olivia Wilde appeared to have borrowed some jewellery from Harry Styles as she was seen wearing an identical pearl necklace as one he has been known to wear.

The actress and director, 36, was spotted out and about in a checked jumper with a string of pearls around her neck this week.

Harry, 26, has also worn an identical set in his video for Golden which had been personalised with the name of the song, leading fans to assume Olivia had raided his collection for the piece.

Olivia was seen wearing the necklace, from jewellery brand Eliou, while out with Harry and friends as well as when she was seen moving bags of clothes out of the home she shared with ex Jason Sudeikis.

Olivia and Harry had sparked dating rumours after they were seen holding hands at a friend’s wedding.

The pair, who met on the set of Don’t Worry Darling, in which Harry is starring and Olivia is directing, have also been seen hanging out together with friends in Santa Barbara in recent weeks too.

Neither Harry nor Olivia has commented publicly on the rumours, with pal James Corden reportedly helping them to fly under the radar.

A source claimed to Page Six: ‘This relationship between Harry and Olivia is very new.

‘Olivia has been directing Harry in the movie in Palm Springs, and there were literally 10 people on the set, because they were strictly adhering to Covid rules.

‘Harry had been staying at James Corden’s house near Palm Springs during filming, and so they were able to be alone and keep their relationship very secret.

MORE : Harry Styles spotted for first time since sparking dating rumours with Olivia Wilde as he hikes in LA

MORE : The Chase star Anne Hegerty rules out romance with Harry Styles and reveals her love for older men

Eddie Izzard says feet and legs are ‘knackered’ from doing 31 marathons in 31 days: ‘I’m hanging on’

The Village People slam Donald Trump’s final use of YMCA: ‘His abusive use of our music has finally ended’

‘Game of Thrones’ Prequel Series ‘Tales of Dunk and Egg’ in...