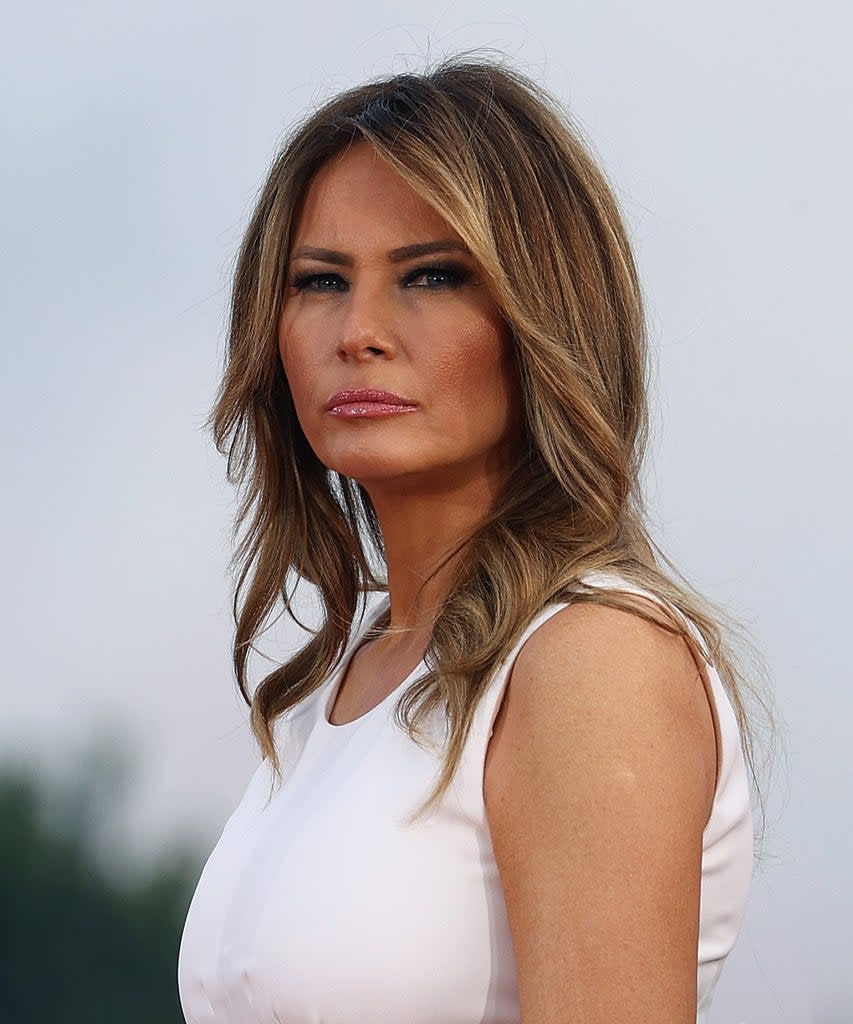 On 6th January, the US Capitol was taken over by violent extremists in an attempt to overthrow the government and subvert a free and fair election. These domestic terrorists erected makeshift gallows — complete with a noose — in the lawn of the US Capitol Building. White men in tactical garb carrying restraints “hunted” for congresspeople. White supremacists, waving Confederate flags and wearing disturbing T-shirts, chanted “Hang Mike Pence!” and yelled “Where’s Pelosi?” An officer in the Capitol Hill Police was beaten to death with a fire extinguisher. Another was dragged down the steps outside the Capitol and attacked with a flag pole.
Meanwhile, First Lady Melania Trump was reportedly overseeing a photo shoot of White House rugs. And it wasn’t until Monday 11th January, that she finally said something about the violent attempted coup. In her statement, the First Lady claimed she was “disappointed and disheartened by what happened last week,” while simultaneously “sending her heart” to the domestic terrorists who died while storming the Capitol, and painting herself a victim in the aftermath of the insurgency, writing: “I find it shameful that surrounding these tragic events there has been salacious gossip, unwarranted personal attacks, and false misleading accusations on me – from people who are looking to be relevant and have an agenda.” But this comes as little surprise to anyone who has really paid attention to Melania Trump over the last four years. A White House source told CNN that Melania is “checked out,” and her silence as the Capitol was under siege was the result of her not “being in a place mentally or emotionally anymore where she wants to get involved.” Perhaps that’s true, but that’s not an excuse for Melania to make an insurrectionist attack that resulted in the death of six people all about her.
The First Lady also described the violent rioters as “passionate” — completely disregarding any responsibility her husband had for invoking what could have led to televised executions of members of Congress.
The fact that the First Lady chose to explicitly avoided immediately denouncing an insurrection she has, at the very least, been complicit in inciting is hardly new. But this is not news to us: Melania has a long history of siding with her husband, then bucking any responsibility when her support and complicity come to fruition via half-hearted, hypocritical statements. She was an avid participant in the racist “birther movement” that questioned the citizenship of the first Black president of the United States, only to claim she has “reflected on the racial unrest in our country” during her speech at the 2020 Republican National Convention. She stood by her husband’s side as he announced his intentions to run for president by calling Mexicans “rapists and criminals.”
When tasked with visiting the detention centres at the border where immigrant children were forcefully separated from their parents, she wore a green jacket with the words, “I really don’t care, do you?” on the back. Later, she claimed she was “blindsided” by her husband’s “zero tolerance” immigration policy that took more than 5,400 children away from their parents.
And on 8th Nov, she tweeted, “The American people deserve fair elections. Every legal — not illegal — vote should be counted. We must protect our democracy with complete transparency,” supporting her husband’s outright lies about the 2020 presidential election outcome. Then, on 6th Jan, silence.
Like the entire Trump family, who feel victimised by social media crackdowns that are finally holding those responsible for inciting violence via Facebook, Twitter, Parler, and other social media platforms, Melania would like us all to believe that she is a victim, as worthy of our sympathy as the more than 370,000 people who have died from Covid-19 as a result of her husband’s ineptitude, or those who lost their lives at the hands of her husband’s supporters.
But we really don’t care about the Trump family’s hurt feelings. Do you? Like what you see? How about some more R29 goodness, right here?Facebook & Twitter Are Finally Banning TrumpIvanka Trump Called Capitol Attackers “Patriots”Cops Are Taking Selfies With Violent Rioters

Could the Seychelles show the flightpath to the future?

Naomi Campbell reveals how she stays fit at 50 by sharing full home workout...