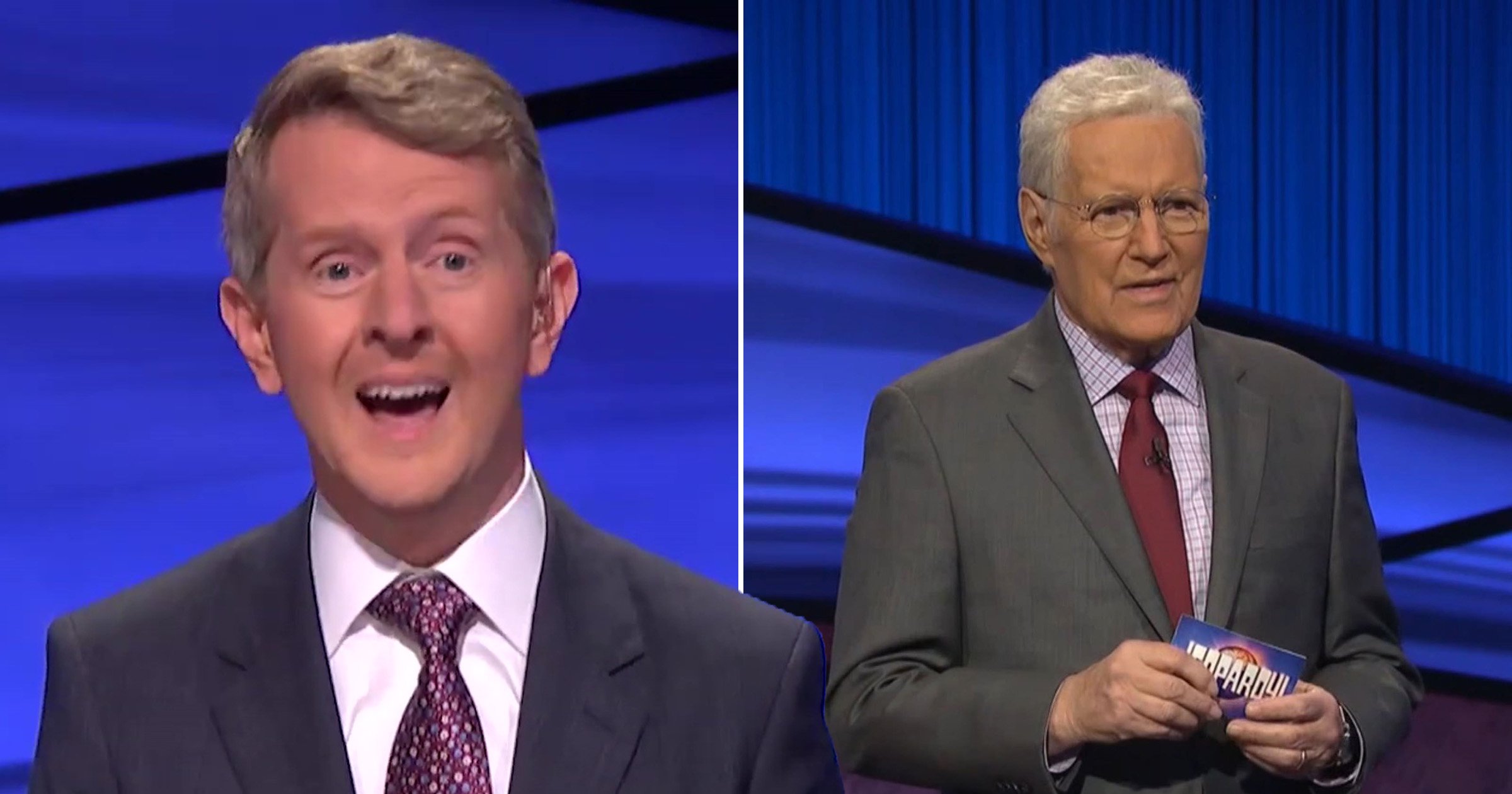 Jeopardy! guest host Ken Jennings paid tribute to the late Alex Trebek during the first episode without the iconic host.

Trebek had been filming episodes until just 10 days before his death, leading the show to pick famous contestant Jennings as the first interim host for the beloved game show.

Monday saw the TV star makes his hosting debut and he made sure to bring the occasion with a heartwarming tribute to the longtime presenter.

He began: ‘Thank you, everyone. Welcome to Jeopardy! You know sharing the stage with Alex Trebek was one of the greatest honors of my life.

‘Not many things in life are perfect, but Alex did this job pretty much perfectly for more than 36 years, and it was even better up close.’

Jennings continued: ‘We were dazzled by his intelligence, his charm, his grace… really there’s no other word for it.’

His voice began to break as he added: ‘Like all Jeopardy! Fans, I miss Alex very much and I thank him for everything he did for all of us.

‘Let’s be totally clear no-one will ever replace the great Alex Trebek. But we can honor him by playing the game he loved.’

Trebek, who has six Daytime Emmy Awards to his name, had fronted the quiz show since 1984 and had been signed on to host the show until 2022.

He is survived by his wife Jean and their two children, son Matthew and daughter Emily.

In his final episodes, the host shared a touching message with viewers, pleading for them to take the coronavirus pandemic seriously.

MORE : Alex Trebek’s emotional final sign off from Jeopardy! 10 days before he died

KLM could ground all long-haul flights

Best Amazon Valentine’s Day Deals on Underwear — Save Up To 50% Off Calvin...