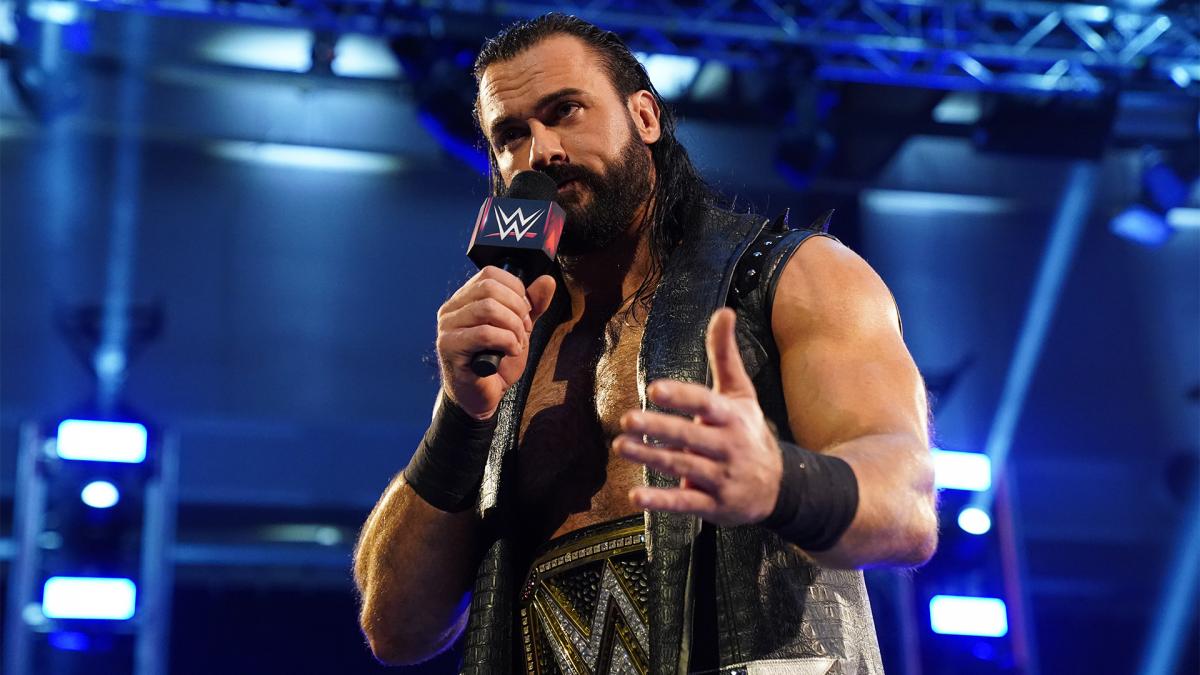 The Scottish superstar – who has carried the Raw brand throughout much of the pandemic – is now in quarantine after being diagnosed with the respiratory illness.

The company confirmed the news on Monday, saying in a statement: ‘Drew McIntyre has tested positive for COVID-19 and has been placed in quarantine.’

The champion was set to face long-time foe Randy Orton on Raw tonight ahead of his world title defence against Goldberg at the Royal Rumble.

The news comes just days after AEW star Nick Jackson – one half of the Young Bucks with his brother Matt – revealed he battled the illness for nearly three weeks in September.

‘Crazy to think there’s still COVID deniers out there in the world,’ he wrote on social media. ‘I had a pretty bad case of COVID in early September that kept me bed ridden for nearly 3 weeks.

‘I couldn’t taste or smell for 2 and a half months. At one point my whole body had hives on it and my doctor said that it was definitely from COVID.’

Jackson revealed his brother Matt – with whom he holds the tag team titles in AEW – had to carry the workload in their matches.

He continued: ‘Matt had to do the majority of the work in matches once I returned safely because I couldn’t catch my breath.

‘My cardio is finally back but it took months to finally feel like myself again. Let’s protect each other and wear a mask.’

Meanwhile, McIntyre has yet to comment on his positive test, and WWE has urged fans to keep up to date on their website for more information.

It remains to be seen how Raw will change for tonight, and what will happen regarding the WWE Championship and his match at the Royal Rumble on January 31.

Elon Musk, and the tell-tale signs of the new super rich