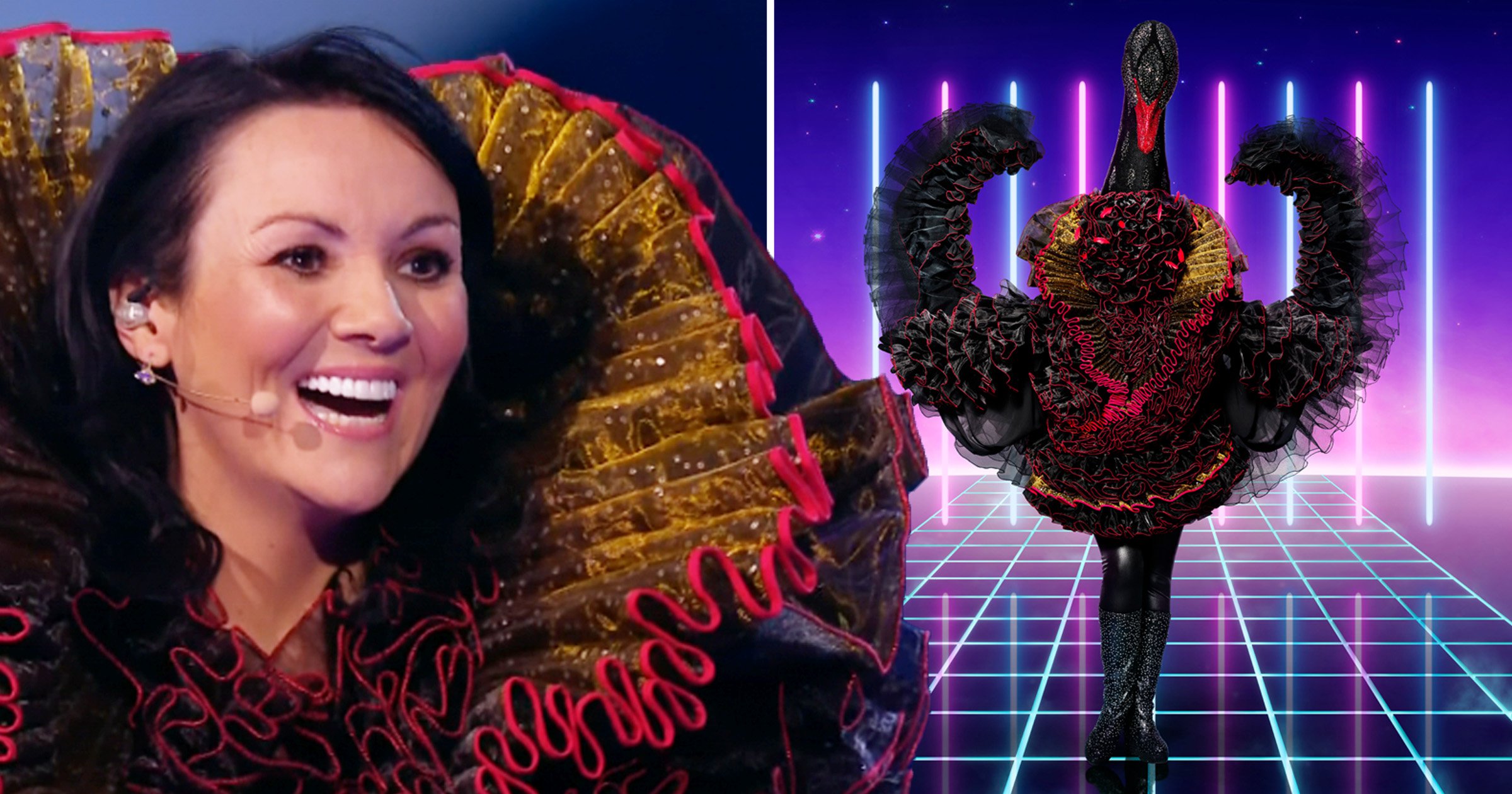 Martine McCutcheon revealed she felt ‘claustrophobic’ and ‘couldn’t breathe’ in her Swan costume on The Masked Singer UK.

On Saturday the former soap star was the latest celebrity to be unveiled on the ITV talent show.

The third episode of the bizarre singing show featured solo performances, in which Swan, Badger, Robin, Sausage and Dragon battled it out.

The key clues that were given to the judges included references to her role in Love actually and when she sat next to Donald Trump at Liza Minnelli’s wedding.

Speaking about why she wanted to take part in the show, Martine told Metro.co.uk and other press: ‘I think the main reason for me was that my little boy was such a huge, huge fan of it last year and he watched some of the American series and he just absolutely loves it.

The Love Actually actress went on to add that she hoped being in the costume would help her ‘to get over’ her fear.

She continued: ‘I knew The Masked Singer would be hard as you can hardly see and hardly breath and I just thought this is a challenge and I’m going to do it.

‘I was really thrilled I got through it because usually I’d be like “Get it off, get it off.”‘

When asked if she felt panicky or whether she struggled to sing in her Swan costume, Martine added: ‘Yes. I was struggling to breathe in it.

‘Underneath the sculpture, which was tall, beautiful and glorious, I actually had a head mask on and I could hardly speak or breathe because it was so tight.

‘I was sweating so much – it was really hot.’

After last week’s big reveal, Mel B admitted that she thought she’d done a good job at disguising her voice.

She added that she reckons her fellow Spice Girls will be ‘annoyed’ she didn’t tell them she was appearing on the show.

The Masked Singer returns on Saturday at 7pm.

MORE : The Masked Singer viewers convinced Sausage is Sheridan Smith thanks to these clues

MORE : The Masked Singer UK: Which celebrity contestants have been revealed so far?

‘The Masked Dancer’: Cricket Gets Squashed in Group A Playoffs — See Who Was Under the Mask

Travellers must test negative for Covid to enter England, or face £500 fine

6 of the best weighted blankets for all budgets

Jodie Turner-Smith says being a new parent in the pandemic is ‘even more difficult...