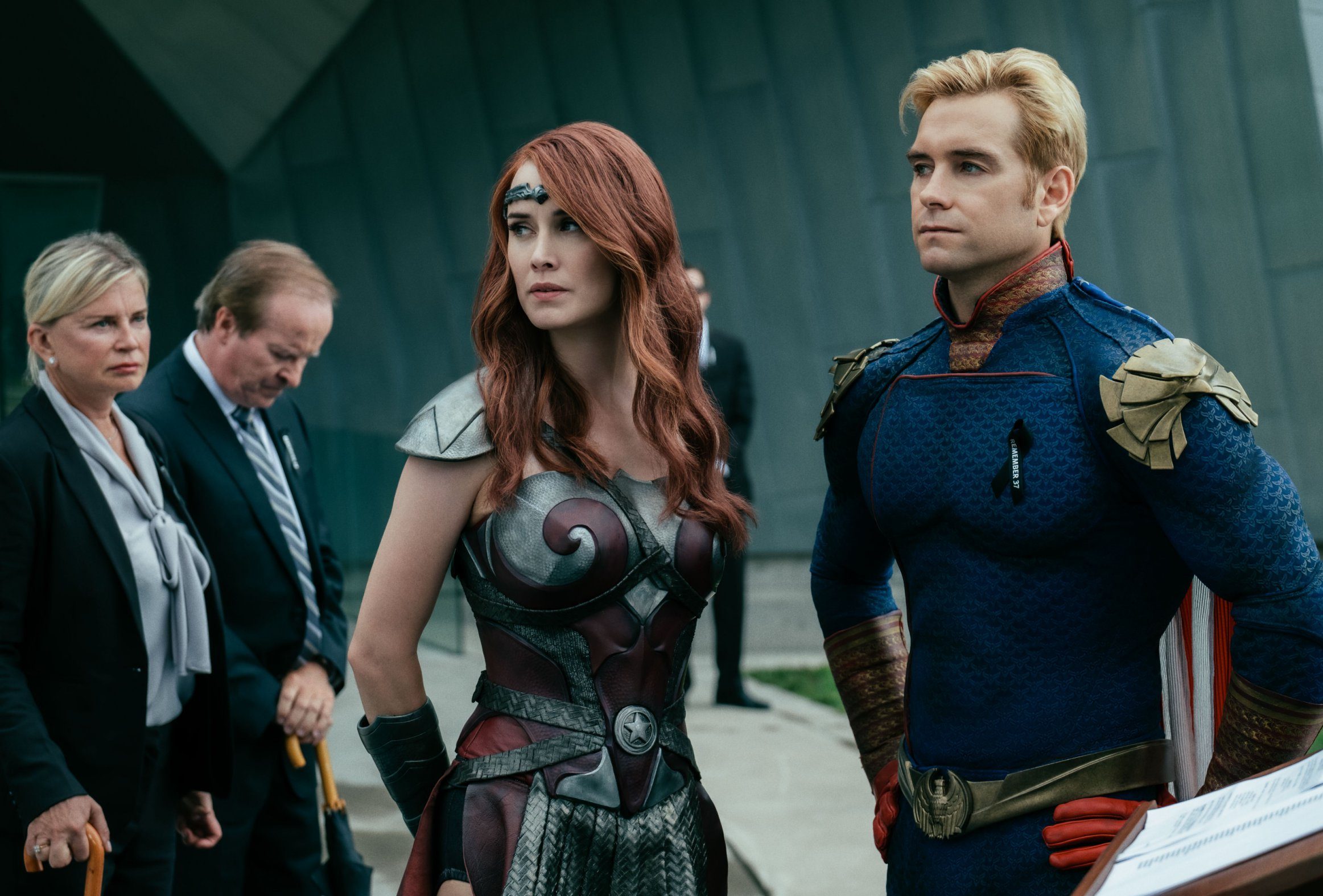 The Boys’s second season provided some of the most subversive and bombastic TV moments of last year, and now actor Antony Starr has given an update on season three.

Antony, known for playing superhero Homelander on the programme, has revealed that filming on new episodes could get underway in just a matter of weeks.

It was previously stated the show was due to begin production in early 2021, and Anthony has confirmed that production should now begin ‘within a month or so.’

In an interview with ComicBook.com, Antony said: ‘We haven’t got a specific date yet, but in the not-too-distant future, within a month or so.

‘I think, because of Covid and because we’re shooting in the winter which is going to be a little difficult, it limits us to interiors, initially. So it’s a very staggered intake of cast to the shooting schedule this season.’

Speaking about the new scripts for upcoming episodes, Antony said: ‘I think I’ve read the first four or five of season three. It’s a lot of fun, I got to say it. It’s a hell of a lot of fun. It’s strange because we care so much about what we’re doing and what we’re going to be doing with these episodes and we have very little control over it initially, especially.’

He added: ‘It’s great to get these scripts, and just read them, and start getting excited, and it generates ideas on our side.

‘I feel very fortunate because thus far I just get the scripts, and read them, and go, “Oh, f*** yeah. This is going to be great”.’

Meanwhile, Nathan Mitchell, who plays Black Noir on the show, previously told Metro.co.uk that season three of The Boys is sure to be even more crazy than what’s come before.

The Boys is available to stream on Prime Video now.

MORE: Elliot Page’s Umbrella Academy cast mates ‘so proud of our superhero’ as he comes out as trans

Barack Obama pays tribute to ‘my love, my partner and my best friend’ on...

7 Netflix shows to binge watch next if you love Bridgerton

Torchwood star ‘would jump at chance’ to play Ianto Jones on...