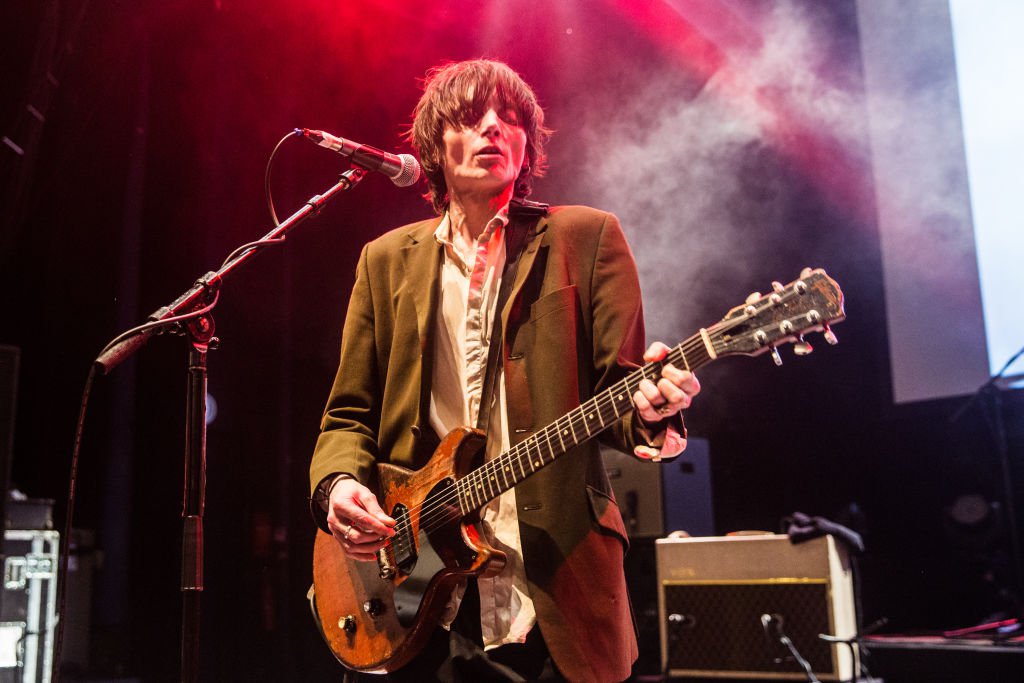 Senseless Things singer Mark Keds has been found dead in his home at the age of 50.

Keds is believed to have died in the early hours of this morning, with a cause of death yet to be determined.

The rocker’s death was confirmed by bandmate Ben Harding, who celebrated his friend’s talent and ‘fierce determination’ during their time together.

Posting a long statement on Facebook, Ben wrote: ‘Dear Friends, It is with the heaviest of hearts that we have to tell you that, sadly, Mark – our singer, friend and main songwriter – is no longer with us.’

Informing fans about when he was found, Ben continued: ‘It’s no secret that he had struggled on and off with drug abuse and a pretty chaotic lifestyle for a long while, and his health suffered substantially over the years due to this.

‘While this had sometimes created friction within the on-off workings of Senseless Things and his other projects, we choose to remember the friend, the brother and the talent we’ve lost today.

‘Mark was truly passionate about his musical calling and he used it with a fierce determination – from establishing a way of touring and playing gigs – one where nobody felt excluded – to including explicit, outspoken political content in our songs (and insisting on releasing them, even at the cost of commercial suicide and record company dismay).

‘His greatest talent, though, was in exploring the everyday f**ed-upness and absolute, unbounded joy of one-to-one relationships; of love, lust, loss, anger, grief and the ecstasy of the ordinary. That particular talent remained undimmed.’

‘It seems cliched to say ‘gone too soon’, but damn, it’s true. He was only 50. It’s no f**king age to die,’ he ended the statement. ‘Our love and thoughts go out to his friends, his family, his loved ones and the ones who loved him.

‘We’ll be in touch with any further information/details as and when we receive it.

MORE : Leonardo DiCaprio surrounded by flames as he films riot scenes for Don’t Look Up

Lack of sleep is causing your sugar cravings, study reveals

What Brits will spend their money on in 2021