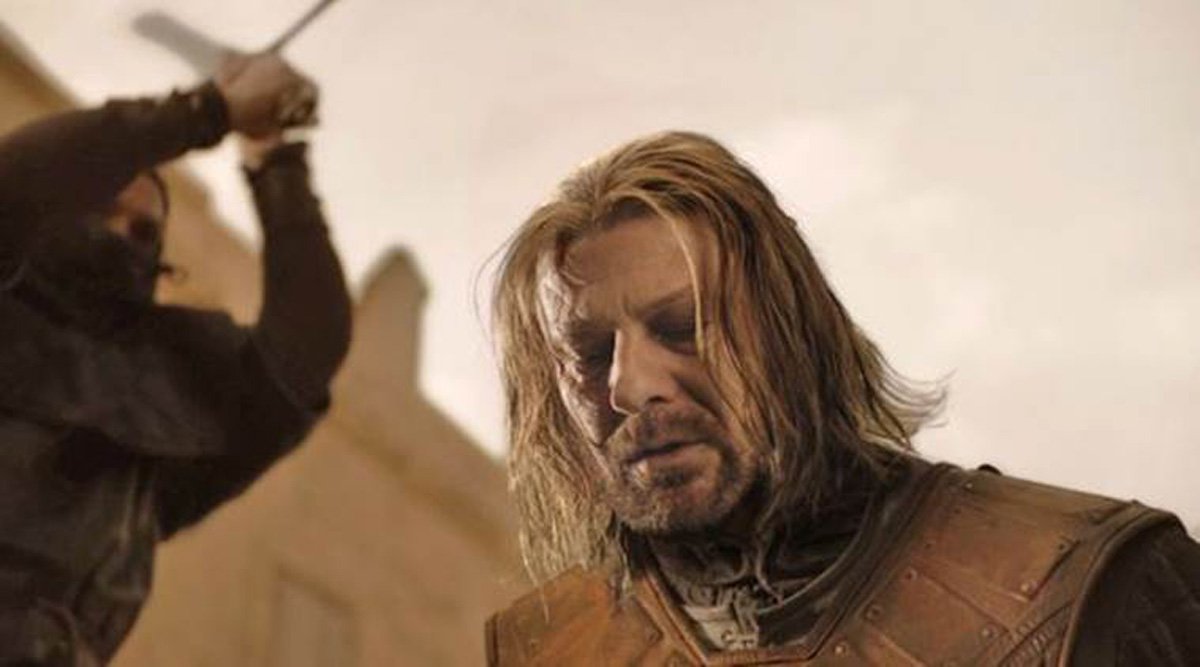 Sean Bean has revealed what was going through his head just before Ned Stark got decapitated on Game of Thrones.

The 61-year-old actor played the Stark head-honcho in the HBO fantasy epic, and naturally his character met his maker with an untimely demise in the season one episode Baelor.

Reflecting on filming the shocking scene, Sean told EW: ‘It was horror and disbelief — that Joffrey changed his mind [about exiling Ned] — and then resignation and [realising that he was] seeing his daughter for the last time, Arya.

‘I was trying to think of all four [things]. It wasn’t just, “Oh God, I’m getting my head chopped off.” Those mix of feelings is what made it what it was, I suppose.’

Sean explained how his focus was on Ned’s impending doom, and both the heat on set and the reactions of his co-stars made the moment easier to portray.

‘It took like a whole day or so to film it and you so you have to just keep focused on the fact that you’re about to meet your death without messing around,’ he said.

‘I was very hot at the time, so that probably helped. And everybody else’s reactions were fantastic — Cersei and the kids.

‘It was very moving with a lot of pathos in that scene. Then I put my head in the block and I was finished for the day.’

Sean – who appeared in nine episodes of the drama – has also opened up on how the original pilot episode underwent substantial reshoots.

He added: ‘I thought [the original pilot] was all right, but I was only focused on the scenes I was in.

‘We filmed in Northern Ireland and in Scotland and then the producers [David Benioff and Dan Weiss] made some major changes.

‘I felt the body of it was there, that the spirit of the piece was there, but I think they felt the development of the characters and the story could be improved. So we ended up doing quite a lot of reshoots.

‘It was a testing time for us all trying to get to know what we were doing in the whole scheme of things, and it was for the best.’

Game of Thrones is available to stream on NOW TV.

MORE : HBO ratings plummet after Game of Thrones ending: Will prequel House of the Dragon pull viewers back?

BTS’s Jungkook smashes 30billion TikTok hashtag views even though he still doesn’t have an...