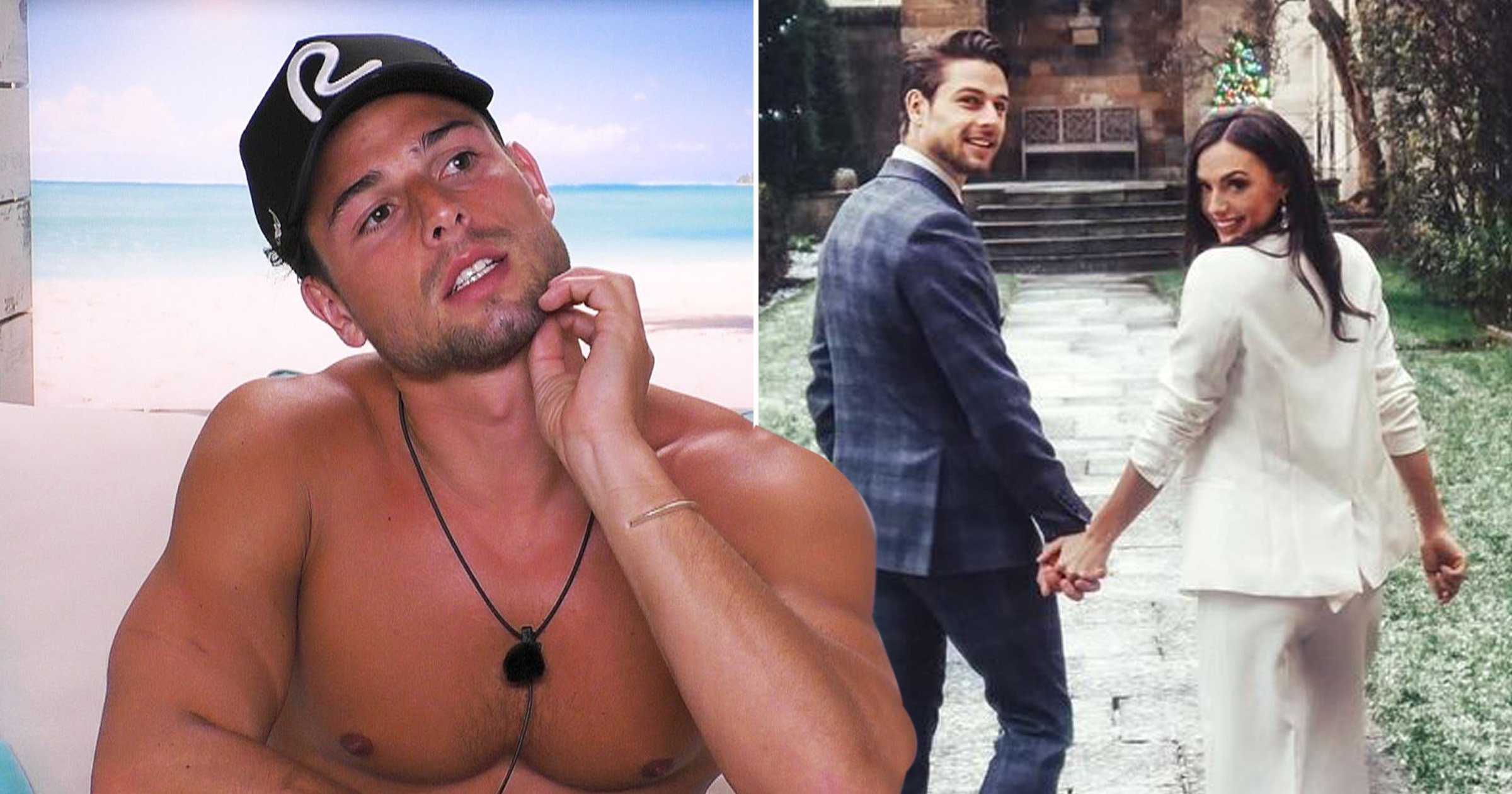 The Jet2 Holidays ad star and former islander tied the knot on January 2, with Tom posting photos of their happy day today.

In a cute statement shared on Instagram, Tom said Chloe was ‘the only person he wanted to spend his life with’ after reflection in lockdown and quarantine.

He wrote: ‘So… We got married. After a couple of crazy years we decided to start the year off with a bit of positivity.

‘We’ve been a long distance couple, on and off for almost 10 years now!,’ he continued. ‘Life experiences, all the challenges of the past few years and then plenty of thinking time, has made me realise that there is only one person I’d like to spend the rest of my life with.

‘So we made the decision not to waste anymore time and commit to spending rest of our lives together.

‘Thanks Little One for saying yes and becoming my Wife, I can’t believe how lucky I am to have found you! When you know, you know and I know.’

Tom was part of one of the most iconic moments in Love Island, causing a showdown with Maura Higgins when he was overheard telling the boys he ‘wanted to see she was all mouth’ when preparing for a night with her in the Hideaway.

He was kicked off the show shortly after.

But his fellow islander pals couldn’t be more delighted for him, with Greg O’Shea, who won the series with Amber Gill that same year, one of the first to congratulate the happy couple.

‘Man this is huge!!! So delighted for you. Massive congrats to you and the missus,’ he wrote.

Amy Hart also shared her congratulations, as did Jake Quickenden and Kieran Hayler.

Love Island is available on BritBox.

Pregnant Laura Whitmore pampers herself and baby bump in the bath after feeling ‘really...

Anitta opens up on accepting her body and why she won’t...

Joe Wicks’ wife Rosie is a fitness superstar in the making...