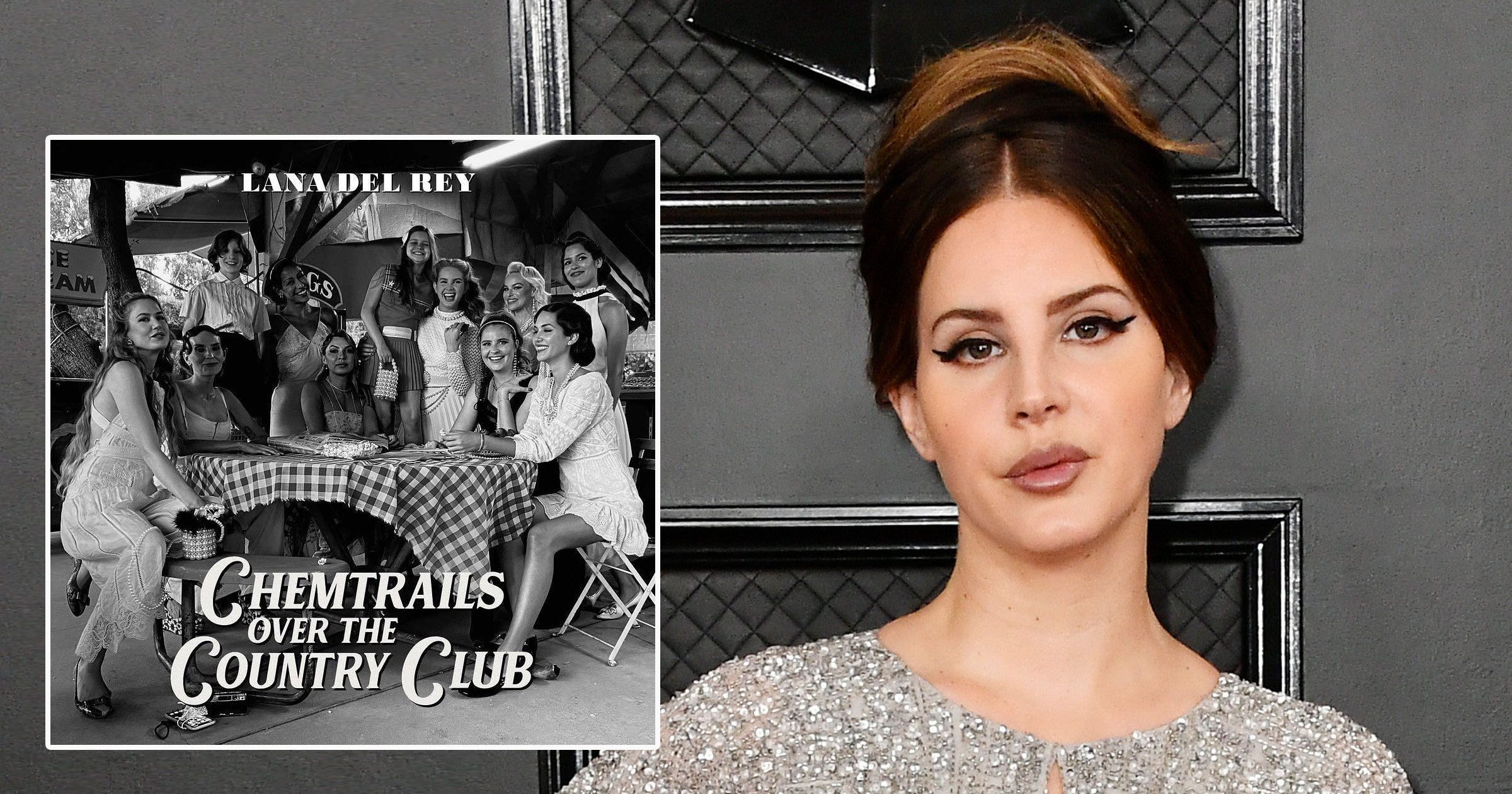 Lana Del Rey has divided followers after going on a rant in defense of her album cover, in what appeared to be a pre-emptive strike against critics accusing her of shunning diversity.

The star was sharing promo images ahead of the release of her latest album, Chemtrails Over the Country Club, and uploaded the cover for the release, which saw her surrounded by a group of women, to Instagram.

While many a fan was incredibly complimentary of the album and fawned over the image, it seemed Lana wanted to hit back at any critics who thought she’d chosen not to feature women of colour on the cover.

Lana insisted that wasn’t the case, in the lengthy post, before mentioning her mates by name.

She wrote on Sunday: ‘I also want to say that with everything going on this year! And no this was not intended-these are my best friends, since you are asking today. And damn! As it happens when it comes to my amazing friends and this cover yes there are people of color on this records picture and that’s all I’ll say about that but thank you.

‘My beautiful friend Valerie from Del Rio Mexico, my dearest friend Alex and my gorgeous friend Dakota Rain as well as my sweetheart Tatiana.’

She continued: ‘These are my friends this is my life. We are all a beautiful mix of everything- some more than others which is visible and celebrated in everything I do.

‘In 11 years working I have always been extremely inclusive without even trying to.’

Lana then further defended herself against any trolls as she mentioning the Trump riots which took place last week – saying she wasn’t ‘storming’ the Capitol in what was deemed a baffling note by some followers.

The singer said: ‘My best friends are rappers my boyfriends have been rappers. My dearest friends have been from all over the place, so before you make comments again about a WOC/POC issue, I’m not the one storming the capital, I’m literally changing the world by putting my life and thoughts and love out there on the table 24 seven. Respect it. (sic)’

Fans found her message quite perplexing, with one labelling her comment ‘humiliating’ while countless others urged the Young and Beautiful hitmaker to ‘delete’ it.

Thousands commented under Lana’s post, with one suggesting: ‘If you dont want backlash change the mf cover. (sic)’

Another wrote it was ‘out of touch’, adding: ‘I really do respect u and love you but this comment was very out of touch.

‘Please try to listen to the poc pointing out that you word things wrongly sometimes and that’s okay but it’s best to listen to others and I understand you’re frustrated but as another white person we hav to listen to what poc are pointing out as wrong. (sic)’

Fans of the singer stepped in to her defence, though, as one wrote: ‘Well said! Keep on sharing your love with the world. Thanks for your hard work. And am looking forward to your new record.’

Another said Lana didn’t have to defend herself, chiming in: ‘You don’t have to explain, it’s beautiful that you chose a picture of the people you love as the album cover. It’s a beautiful way to honor your friendships with them.’