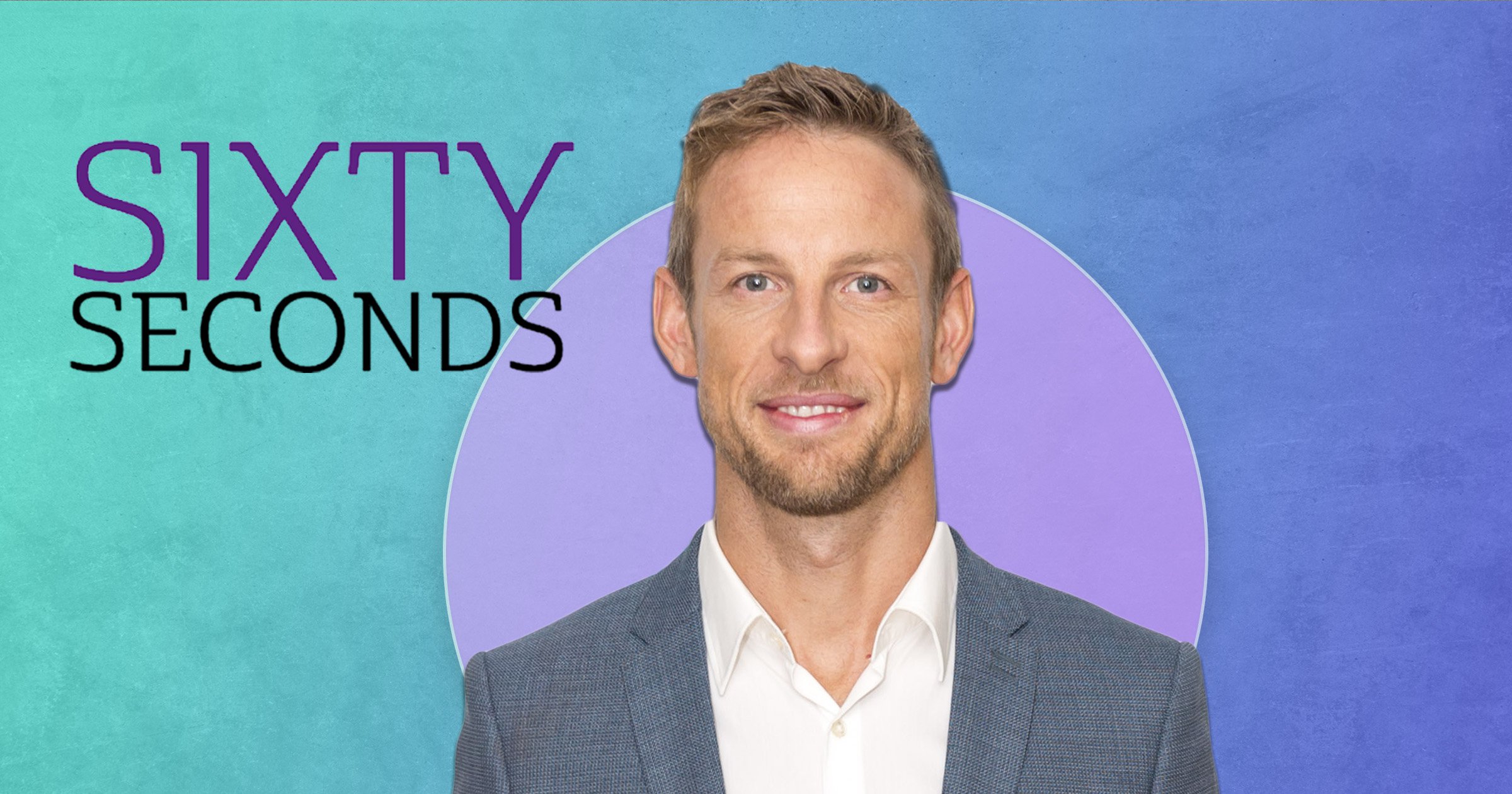 The former F1 driver, 40, on becoming a dad, getting his kicks on the hills and why he won’t get inside an IndyCar.

Where are you sitting? You’re surrounded by F1 stuff!

My office at home in LA. You might think this is a bit overkill but it’s the only place in the house where I’m allowed to put any memorabilia – this is my space!

When you win you have to give the trophy back when you’re not world champion any more, despite doing all that hard work. I’m not buying a trophy I’ve won so my manager bought it for me, which is lovely.

Congratulations on becoming a dad for the second time.

It’s going to get really busy! When we found out that Brittny [Ward, fiancée] was pregnant, we thought, gosh, it’s going to be tough with two because [my son] Hendrix is only 17 months old.

The first two years are going to be tricky and then they’re going to play with each other, which will be great because we can have a little break every now and again.

What has Covid put a stop to that you’d had planned?

I think just going to restaurants and seeing mates and my family. I’ve been lucky enough to go to the UK but I wasn’t able to be in the same room as my mum even though I’d had all the tests.

My mum’s not seen her grandson for a year. But we’re lucky, we have a back yard to play in.

Yes, we started working together last year when I did the Baja 1000, which is the maddest off-road race in the world in Baja, Mexico.

You’re driving this big truck over massive bumps along the coast and cliff edges, on the beach and through people’s back yards.

It’s an insane experience – I’d always wanted to do it and Dare 2b made our team kit because when you go from the coast up to the mountains you go from 24 degrees to zero so you need different kit for the different conditions.

I’m lucky to live in California near the mountains so I do a lot of cycling, hiking and cross-country running.

How do you get your adrenaline kicks now?

The great thing about the hills here is that I still don’t know them that well. I take a GPS to explore new trails and that’s more the adrenaline for me now.

You get to the top of Mulholland and you can see down to LA and the valley on the other side. Apart from that, I still race. I thought I’d finish F1 and lay back on a beach for the next 30 to 40 years but it’s a lot busier now than it was.

Can you ever really retire from being a racing driver?

No, I’d never not be a racing driver. I want to drive everything. I drive karts with my mates and spend a lot of time outdoors. I struggle with sitting inside.

Do you still have a lot of racing driver mates?

I do. My closest friend when I was in F1 earlier in my career was David Coulthard. Then Rubens Barrichello, who I was teammates with for four years.

Are you more cautious now you’re a dad?

I like to think so but as soon as that visor on the crash helmet closes, all is forgotten about the outside world.

I’ve been asked to do IndyCar racing a lot of times but I’m never interested, I’ve lost two mates to it.

I know that if I was at an IndyCar track and someone said, ‘Fancy getting inside?’, I would drive as hard as I could. You forget about the dangers when you’re a racing driver.

How has the Halo protective cockpit ring affected F1?

When they bring things in that affect the driver we all complain. But everyone is used to the Halo now and after seeing Romain Grosjean’s crash in Bahrain last month, everyone is thankful it exists because it saved his life.

He went through a barrier that I’ve never seen before in 30 years of F1. It’s a bit more difficult to get out but you also don’t expect F1 cars to set fire any more.

He had the worst of everything but it also had to go just right for him to survive – he had a new race suit on that could withstand fire for 20 seconds as opposed to the previous one, which was ten seconds.

And with such an impact, normally you’d be knocked out and come around 30 seconds later, which would have been too late. If one of those things didn’t happen, he wouldn’t be here. I probably wouldn’t get back in a race car after that.

I’ll be working with Sky again and I have a few other things including the Radford Returns project, working with two other British guys here building cars like it used to be done back in the early 1900s.

After F1 I have to make sure everything I do is enjoyable, with somebody I really want to work with, otherwise there’s no point at this point in my life.

The Jenson Button x Dare 2b Edit is available now.

MORE : Jill Halfpenny on Strictly, her worry for the arts and whether she’ll ever return to EastEnders

MORE : Good Omens writer Neil Gaiman on being locked down in New Zealand and the ‘weirdness’ of America

Beckhams pay themselves £21m in dividends over two years

Dancing On Ice hit with 341 Ofcom complaints after Rufus Hound’s blistering attack on...

Cornwall begs families to book holidays this summer after £1bn loss in tourism due...