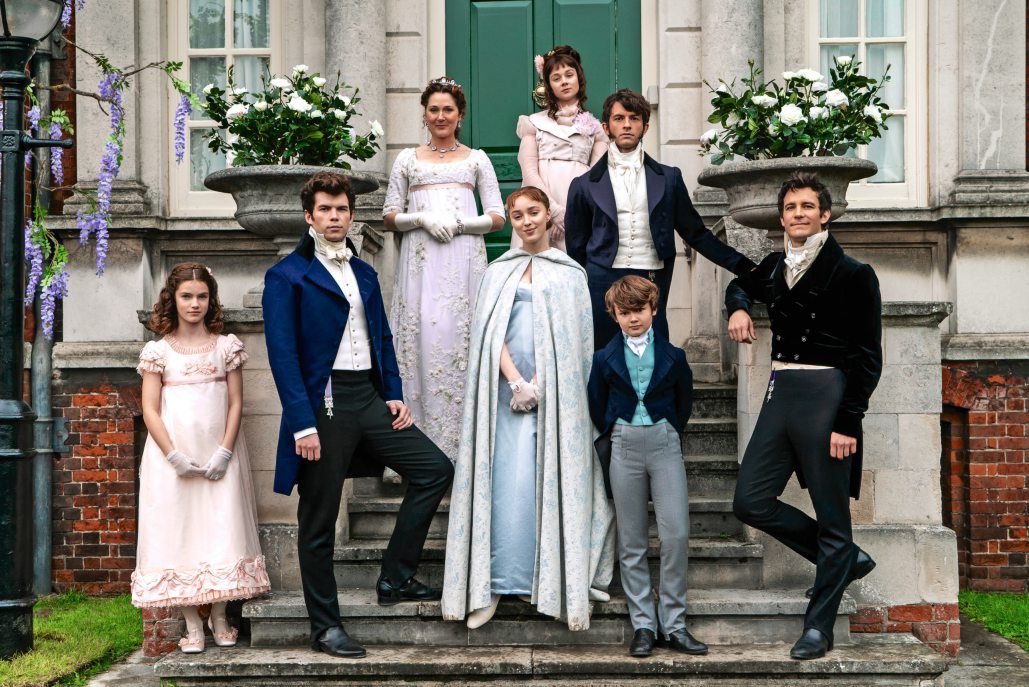 Bridgerton dropped on Christmas Day and suddenly everyone got Regency fever and hot under the collar for the sexy Netflix period drama.

Still reigning supreme on Netflix, the 10-episode series gives us Gossip Girl in high society, with a gripping tale of romance, intrigue and betrayal.

Problem is, it was just far too easy to binge-watch.

Now, as we wait for news of season two (which let’s be honest is almost a guarantee as 64million tuned in first time around), we’re stuck figuring out what to watch next.

Don’t worry though, if you’re in the same boat, we’ve got your back.

Here are just a few shows to satisfy your cravings.

When we checked, there were three separate versions of Jane Austen classic Pride and Prejudice on Netflix.

But if you ask us, the BBC series starring Colin Firth as Mr Darcy remains the best.

The story follows Elizabeth Bennett, and her turbulent relationship with Mr Darcy after meeting at a ball.

Despite their opposing views, they soon end up falling for each other.

Starring Benedict Cumberbatch and Rebecca Hall, this five-part series is based on a four-part book series of the same name.

Embellished with more sex scenes than its source material thanks to screenplay writer Tom Stoppard, the story follows Christopher, an Anglican Tory who finds himself in a love triangle.

The two women in his life is his cruel and calculating wife Sylvia, and a young, idealistic Suffragette named Valentine.

But with the First World War pending in this period drama, lives are about to change forever one way or another.

If a sexy drama and scandal is what you’re after, then Lady Chatterley’s Lover was the original and possibly unbeaten story of this.

The book was considered so scandalous that it was privately published in Italy first, before being banned in the States and became the centre of a court case in the UK back in 1928.

… So just imagine what the TV adaptation is like.

The story follows a married, upper class woman who starts sleeping with her working class gameskeeper after her husband is left paralysed from the war.

Poldark was a period drama that made the entire world fall in love with a shirtless, scythe-wielding Aidan Turner.

The story follows the titulat character attempting to rebuild his life after returning home from the American Revolutionary War to discover that his world has fallen to pieces.

With his father dead, the love of his live engaged to someone else, and next to no money, he has to keep his wits about him to maintain his standing with those around him.

Reign, originally on The CW in the US, following a fictionalised version of the life of Mary, Queen of Scots.

Running for four seasons, the series traces Mary from her impending marriage to Prince Francis through to her fight for power in Scotland.

The series plays a little fast and loose with historical accuracy, but it’s so decadeny and dramatic you really won’t care, and will get swept up in it.

If football is more your thing, the The English Game is the series that may be good for you to pass a few hours.

Based on a true story, The English Game follows Fergus Suter (Kevin Guthrie) as he becomes one of the first paid players to participate in the FA Cup, setting up the framework for the game people love so much today.

The working class Scotsman, fresh to Darwen FC, is soon finding himself in the middle of a far more difficult battle as they face against the upper class Old Etonians, led by Arthur Kinnaird (Ed Holcroft).

From dodgy kits to high fashion moustaches, you don’t have to know much about football to understand the story, as it’s interesting on its own.

Alias Grace is a bit more of a thriller than the other, more romantic or historical shows on this list.

Dr Simon Jordan is put in charge of the evaluation of Grace Marks, a murderer who has been imprisoned for the past 15 years for the crime despite ‘having no memory’.

Through a series of consultations, he has to decide whether she should be freed on grounds of insanity.

But soon he becomes obsessed with Grace, and the pair’s relationship gets complicated over whether he believes she committed the crime at all.

Over the course of the series, viewer find out the truth as we await Jordan’s verdict.

MORE : Bridgerton’s Regé-Jean Page flattered by Bond rumours: ‘I’m glad to be in such wonderful company’

Hitman 3, review: Less goofy than before, but still murderously satisfying