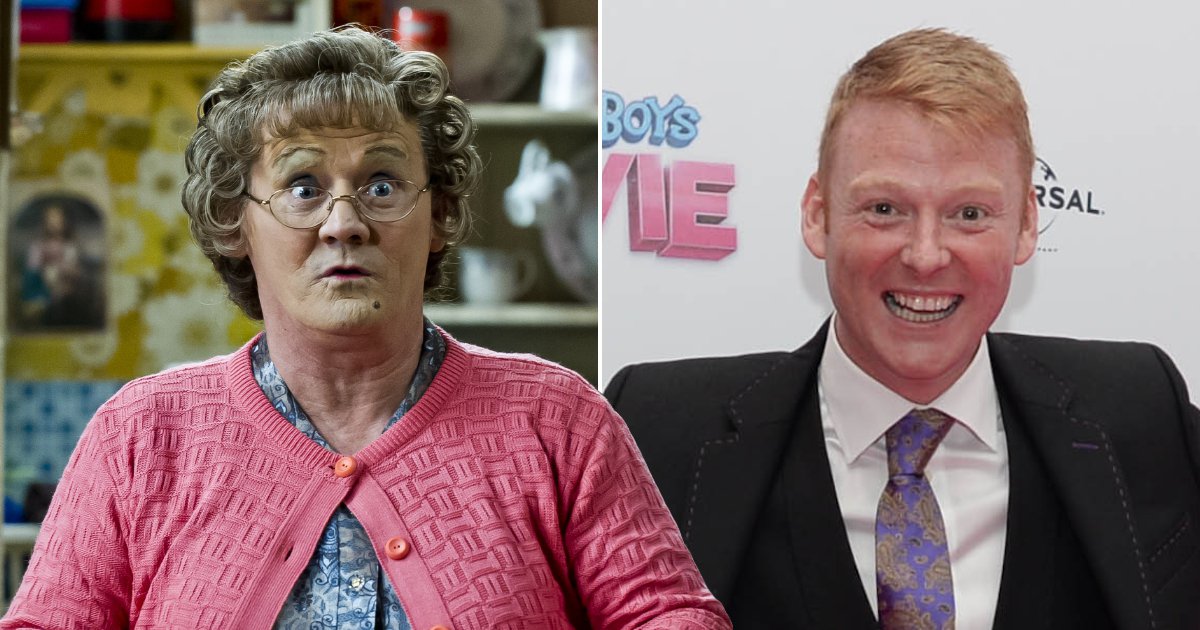 Ex Mrs Brown’s Boys star Gary Hollywood has branded Brendan O’Carroll’s family ‘like the mafia’ as he spoke out about his betrayal over being axed from the sitcom.

The actor played hairdresser Dino Doyle for nearly 20 years, joining the cast in the stage show before it transferred over to a beloved BBC series.

However, it was revealed last month that he was planning on suing show creator O’Carroll, after a pay dispute got nasty and he was chopped from this year’s festive episodes.

Speaking out about his treatment on the show, Hollywood said due to most of the cast being O’Carroll’s direct family, he felt more pushed out as the show got more successful, with the group closing ranks on those not in the inner circle.

Speaking to Mail On Sunday, he said: ‘At times, as the years went on, it felt like it was a case of the Mrs Brown’s mafia, which was difficult if you weren’t in it.

‘There is a fear of falling out with them, and of course that creates a tense atmosphere and I found myself walking on eggshells.’

When discovering he was earning less than his co-stars, Hollywood approached O’Carroll for a raise, and said he was met ‘with hostility and told he should be grateful’.

Soon after, it was revealed Hollywood was only scheduled to appear in one of the two holiday specials this year, and demanded that he appear in both, or neither.

At that point, O’Carroll wished him a ‘safe flight’ back to his home in Lanzarote.

‘I am so hurt by what Brendan has done to me,’ Hollywood added.

‘The fame and fortune has gone to his head. I worked with him for 20 years… and this was not how I thought my time working on Mrs Brown’s Boys would end. I’m devastated.’

Hollywood’s comments come after O’Carroll played down his co-star’s exit, simply stating that he was ‘following his own star’ and that the accusations of a pay dispute weren’t true.

The show has been confirmed to continue until at least 2026.

Metro.co.uk has contacted the BBC and O’Carroll for further comment.

The Masked Singer UK: When is the final of the competition due to take place?

How hotels will change after Covid