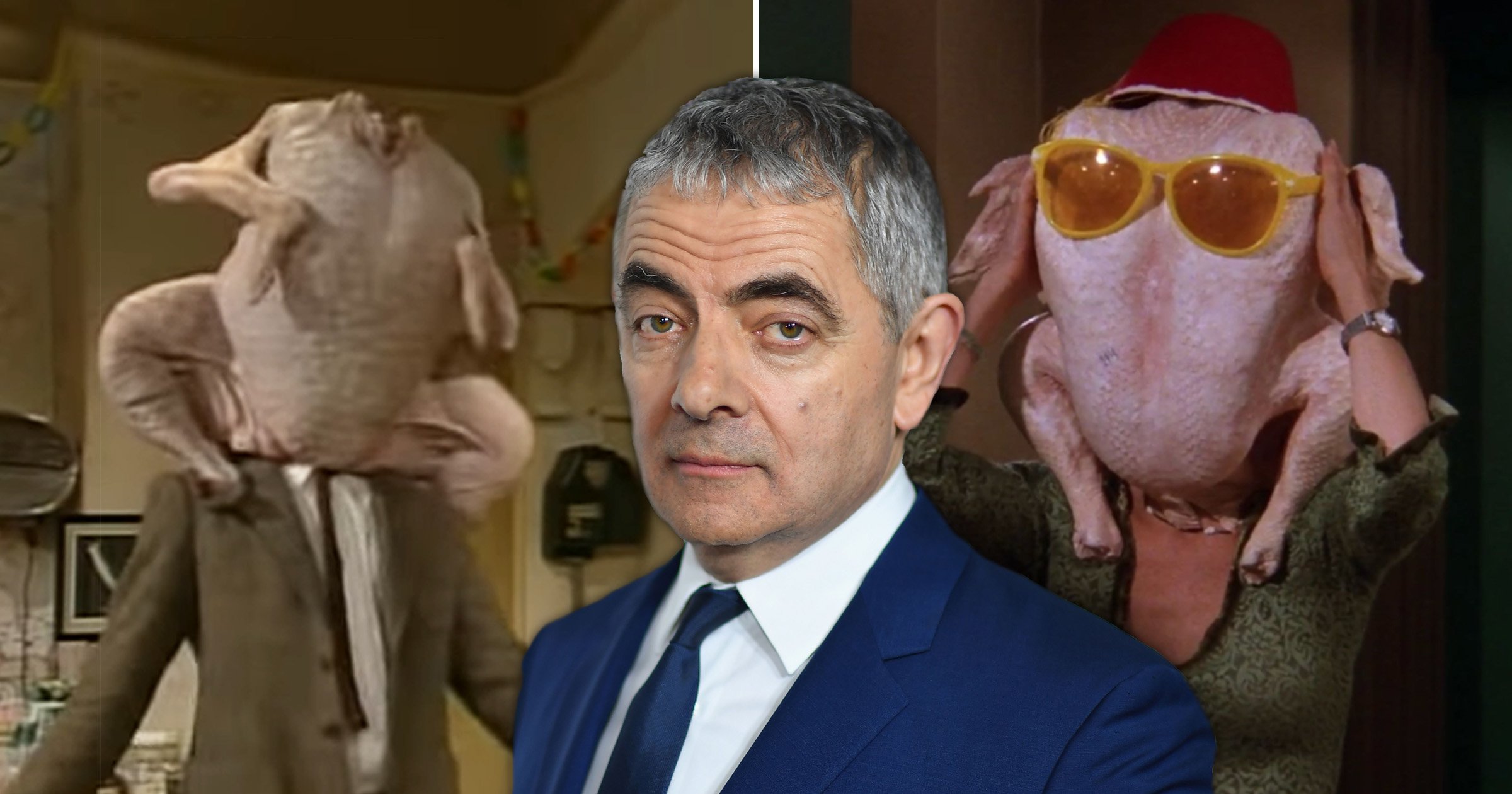 But in one moment, remembering 1997 film Bean: The Ultimate Disaster Movie, Atkinson and Curtis stated that their turkey head gag – which was originally featured in 1992 episode Merry Christmas Mr Bean – was not only reused by them, it was stolen by Friends.

Friends aired the now iconic episode The One With All The Thanksgivings in 1998, with Joey running around panicked with a turkey stuck on his head as he waits for the others to arrive.

The turkey head was later reused by Monica to try and get Chandler to forgive her over an argument, and in doing so he told her he loved her for the first time.

As a result, Atkinson revealed some US audiences believed that the UK’s Mr Bean plagarised Friends, rather than the other way around.

‘In the end, you can’t steal jokes,’ Atkinson said. ‘But jokes are there to be stolen, or to inspire. Inspire others.’

Curtis added: ‘I’m absolutely dazzled by the Friends thing. I only saw it the other day. I literally can’t believe what happened there. Bizarre.’

Mr Bean became an international phenomenon with lead star Atkinson forever being known in the role despite there only being 14 episodes.

The show has since gone on to spawn two major blockbuster films, and a long-running animated series.

In 2012, Atkinson reprised the role(ish) to become a conductor at the 2012 London Olympics opening ceremony.

In the special, Atkinson insisted it was not intentionally Mr Bean, rather a bumbling performer, but conceded the way it was performed meant that it became the iconic character.

MORE : Rowan Atkinson fearful of ‘cancel culture’ future as he likens it to ‘medieval mob’

‘Saved By the Bell’ Revival Gets Picked Up for Season 2

Regina King: ”I wanted to present the Black experience with honesty”

‘The Night Caller’ Revisits the True Story of an Aussie Serial Killer: Watch the...

Dr. Jill Biden could become only first lady to work a...