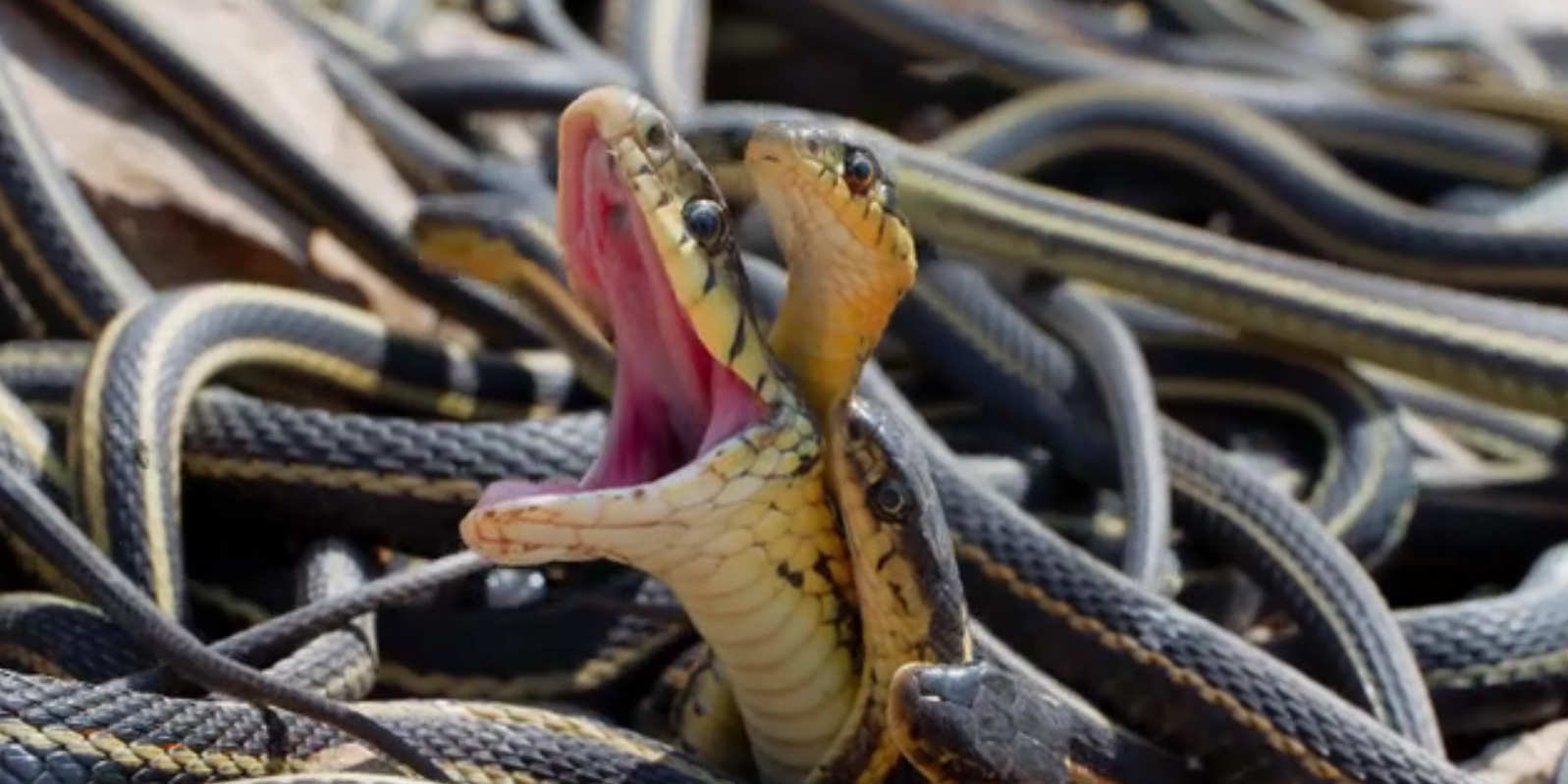 A female snake orchestrated a cunning challenge to find suitable male partners to mate with in tonight’s A Perfect Planet after she was swarmed.

Sir David Attenborough returned to narrate the latest chapter, The Sun episode, which explored how plants and animals have adapted to the uneven amounts of sunlight given to different parts of the planet over the course of a year.

Gripping scenes showed 20,000 male snakes emerging from hibernation after six months – and they had females on the brain.

One female eventually arrived on the scene and released pheromones to attract attention, and she was quickly outnumbered 100/1.

‘Intoxicated by her scent, the males compete for her by wrapping themselves around her,’ Sir David explained, as they swarmed the female.

‘She now has hundreds on her, making mating near-impossible, but she has a way of weeding out the men from the boys,’ Sir David continued. ‘She’ll make a daring ascent of the nearby cliff.

‘She barges her way through the crowd to get to the rock face. As she climbs, only the strongest, fittest males can keep up with her.’

After making it to the top, only a few of her suitors managed to rise to the occasion, with Sir David revealing ‘she may reward them all’.

‘The mating jamboree only lasts for one short week in the year and when it’s over, they all move off into the forest where they disperse to lead solitary lives until winter drives them back to the safety of the rocks below ground,’ he concluded.

Next week, Sir David will explore how weather controls the distribution of freshwater on Earth, which in turn shapes the lives of animals in diverse habitats around the globe.

A Perfect Planet continues on Sunday at 8pm on BBC One.

‘Saved By the Bell’ Revival Gets Picked Up for Season 2

David Walliams thanks NHS as mum Kathleen, 77, gets Covid vaccine: ‘I could hear...

Meet The Woman Who Decides What You Watch

Pieces Of A Woman review: Vanessa Kirby is a powerhouse in this harrowing tale...