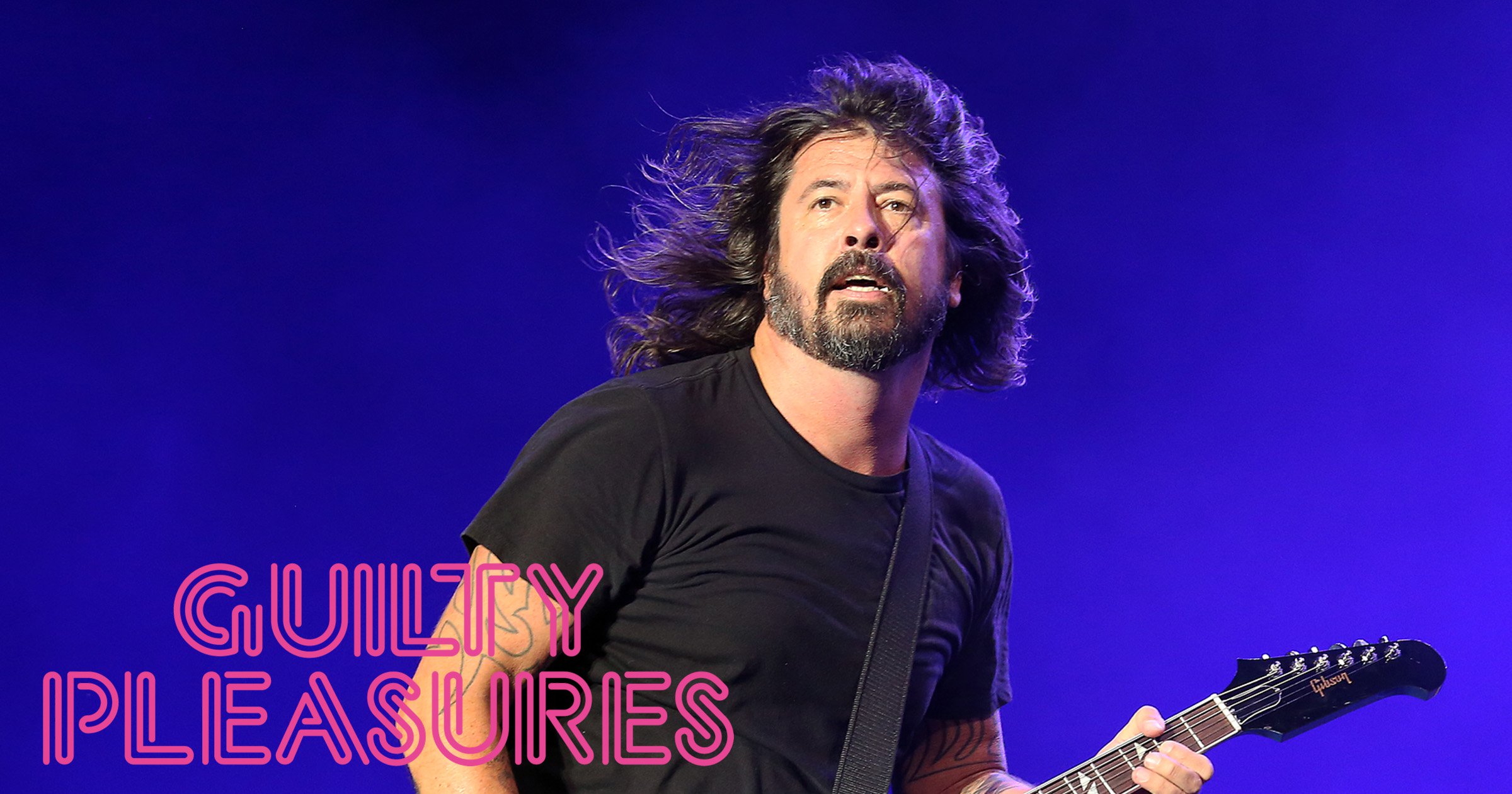 The rockers have gone in a different direction with upcoming LP Medicine at Midnight — out next month.

And though they enjoyed the chance to ‘really explore groove’ for the first time, the 51-year-old knows people will have reservations about their tracks.

‘The idea was to make something people could dance to,’ said Grohl.

‘Before melodies, before lyrics, I knew I wanted to make this our boogie record, because we’d never done that. We’d done noisy punk rock s***, dissonant heavy thrash, gentle, orchestrated acoustic balladry, and everything in between.

‘The one thing we’d never done was really explore groove.

‘It’s hard to put the words dance and Foo Fighters in the same sentence… it just seems unimaginable.

‘If you told someone Foo Fighters had made a dance record, they would probably vomit.’

The My Hero rocker assured fans the Foos haven’t made a ‘Britney Spears record’ but admitted he and bandmates needed to challenge themselves more to avoid getting stuck in a rut.

‘If you wind up in a place where people expect something specific of you, you can end up in a confined place of right or wrong — and guilt. Musical guilt makes no sense to me; I don’t believe in guilty pleasure, just pleasure,’ he told The Sunday Times’ Culture magazine.

On a roll! Jade celebrates No.1 with a Greggs

The 28-year-old posted a snap of her ‘lit’ lockdown party on Instagram this weekend after the girl band’s single, Sweet Melody, went to No.1.

The South Shields native celebrated in more muted fashion than normal — sitting on her lonesome, looking glum, with a jigsaw, bottle of fizz and a box of Greggs doughnuts.

She cheekily captioned the image: ‘My number one party was lit tbf.’

Bandmates Perrie Edwards and Leigh-Anne Pinnock looked more pleased to receive the news and, they too, jumped on Instagram to celebrate the success.

The track is the group’s first No.1 since Jesy Nelson, 29, quit Little Mix last month, citing her struggles with the ‘constant pressure’ of pop fame.

The remaining trio have told fans they are ‘working on something really exciting’ as they start recording their first record without Jesy.

Aquaman Jason feels out of plaice playing the bass

Terrible jokes aside, it turns out actor Jason Momoa is a keen bass player — but he’s more ‘terrified’ of playing live than appearing on screen.

The 41-year-old was recently dragged on stage by pals to perform at a gig and said: ‘It’s funny… I should be fine with playing on stage, but I was absolutely terrified getting up there and playing, because I never really wanted to do that.’

He told Bass Guitar magazine: ‘But my friends, they love to have me up there, and I love supporting them, but I’m just like, “Oh man… stick to your craft.” ’

Another Lil bit of chart history for Nas

It’s been a long and winding road to the top — but Lil Nas X’s Old Town Road is officially the most certified song in history.

The track, first released in April 2019 and featuring Billy Ray Cyrus, went 14 times platinum over the weekend. That puts it ahead of John Legend’s All Of Me, and Luis Fonsi and Justin Bieber’s Despacito, which both have 13 certifications.

The Holiday rapper, 21, celebrated the news by tweeting a meme (starring himself, naturally) and captioned it: ‘Old Town Road… Most platinums for any song ever! Let’s gooo!’

There was no sweet treats for Tom Holland — who shed 2st 2lbs to play a PTSD-suffering army medic in new crime drama Cherry.

The Spider-Man actor, 24, is not exactly holding on to many extra pounds as it is, so it’s no wonder his director Joe Russo — who worked with Tom on his Marvel films -praised his dedication to the role.

‘[Tom] really shredded himself for the part. We’re on an independent movie schedule here — he didn’t really have a lot of time to be doing these things,’ the 49-year-old said.

The film, out on Apple TV+ next month, sees Tom’s character rob a bank to fund his opioid addiction.

Being Wonder Woman’s fella is working out

Gal Gadot’s hubby feels he has to work out more since she became Wonder Woman.

The actress, 35, has praised 46-year-old partner Yaron Varsano — with whom she has two daughters — for being a supportive spouse.

‘He is super happy to be married to Wonder Woman,’ she said. ‘He is so proud… my biggest fan. The only thing that has changed is he has started training more because I became so strong!’

The Wonder Woman 1984 star told Hello! magazine juggling motherhood and her career is ‘intense’. But she added spending time with her family keeps her grounded. ‘I wouldn’t have it any other way,’ she said.

What are the travel rules for Dubai? Latest advice following new coronavirus restrictions

How to find a job in the NHS

Who is Swan on The Masked Singer? All the clues you need to know

How to overcome the phobia of vomiting