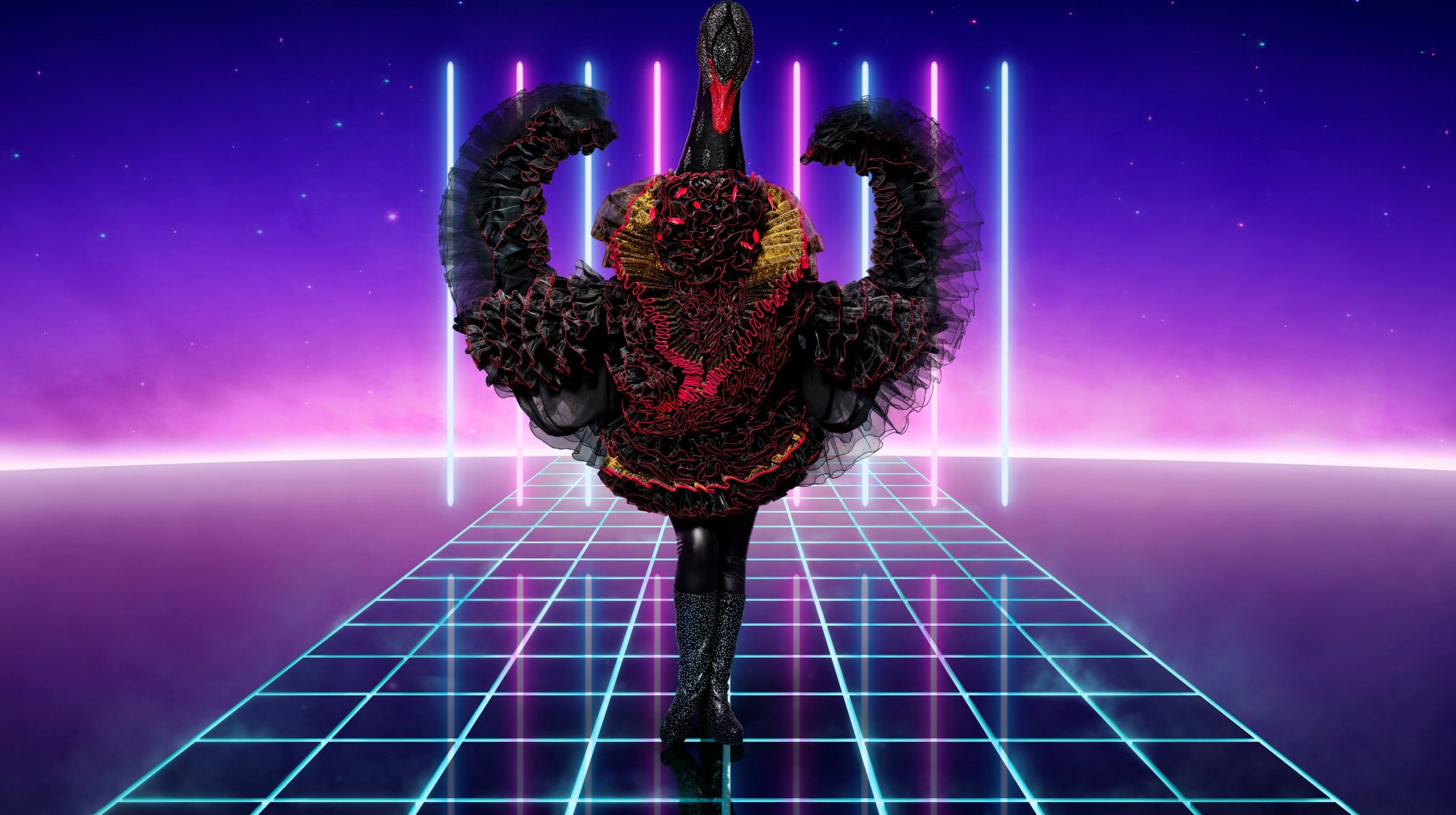 The third episode of the bizarre singing show featured solo performances, in which Swan, Badger, Robin, Sausage and Dragon battled it out.

Panellists Rita Ora, Mo Gilligan, Davina McCall and Jonathan Ross decided it was Swan’s time to leave the competition, before they were unmasked.

Fans were shocked to discover it was Martine McCutcheon behind the mask.

Chatting to host Joel Dommett about why she decided to appear on the show, Martine said: ‘I just thought it’d be so lovely just to come up and have fun.’

Fans have been addicted to guessing who the singers are, and many were baffled about Swan’s identity, despite being given a whole host of clues.

One of the key ones was her references to Prime Ministers and Presidents, which of course pointed to her role in Love Actually – and sitting next to Donald Trump at Liza Minnelli’s wedding.

Another was that she was in a girl band called Milan, with the group being signed at the age of 15.

Meanwhile, her references to royalty pointed towards her time in EastEnders as Tiffany Mitchell, who worked as a barmaid at the Queen Vic.

Apart from stellar vocals, other clues given about Swan have included:

After last week’s big reveal, Mel B admitted that she thought she’d done a good job at disguising her voice.

She added that she reckons her fellow Spice Girls will be ‘annoyed’ she didn’t tell them she was appearing on the show.

The Masked Singer returns on Saturday at 7pm.

MORE : The Masked Singer viewers convinced Sausage is Sheridan Smith thanks to these clues

MORE : Who is Swan on The Masked Singer? All the clues you need to know

The 18 Coolest and Comfiest Jeans Money Can Buy