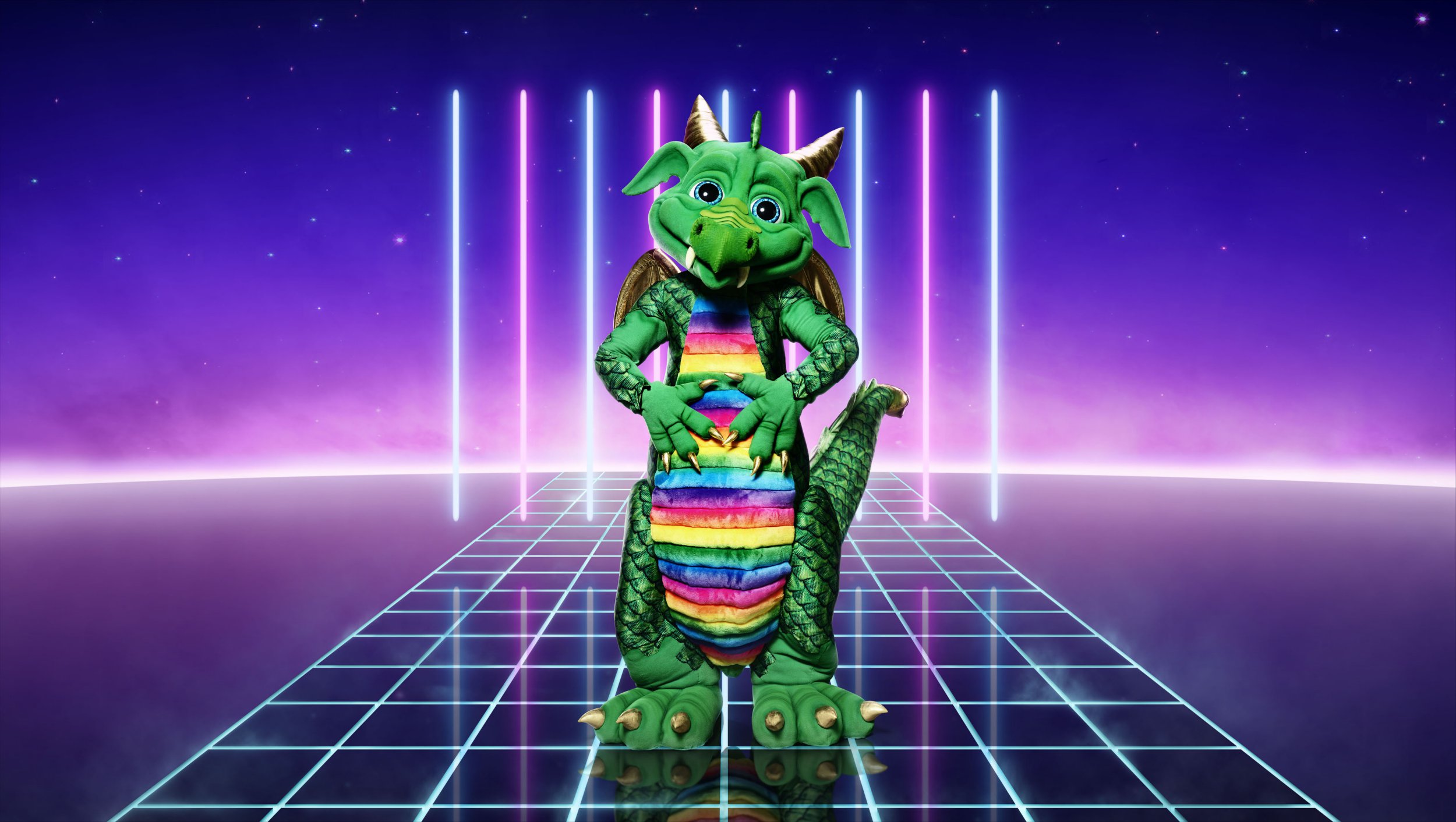 The Masked Singer’s second series in the UK is a welcome break for many – an opportunity to enjoy some harmless entertainment and throw around any and every name imaginable to guess which stars are performing in disguise.

Two celebrities unmasked so far include a queen of the dancefloor and a Spice Girl – with Sophie Ellis Bextor and Mel B the first two stars unmasked.

As the show continues, more characters have yet to be sussed out, including Dragon.

What clues has Dragon given about who they really are?

What clues have been given about Dragon?

Viewers met Dragon when they performed You’ve Got a Friend in Me, from Toy Story.

Viewers were also given some clues about who the star underneath the mask is. These included:

So, from these clues, what names have been thrown around?

Michelle Visage is a repeat offender when it comes to viewers’ speculation – there are many who think the star could also be Swan.

The reasons why the RuPaul’s Drag Race judge and former girl band member could be the Dragon are to do with her connection to the drag and LGBTQ community.

Clues about the Dragon saying they musn’t ‘drag on’ could be a pun about her role on the hit Drag Queen reality show, and the rainbow colours on the Dragon costume could be representative of her place in the Queer community.

Anyone who has watched RuPaul’s Drag Race will also know Visage has a fiery temper indeed – never one to back down from direct – but constructive – criticism.

The bookies seem to be in agreement, with Coral having her at 3/1 of being Dragon.

It was judge Rita Ora who first threw Jesse Tyler Ferguson’s name into the mix – and perhaps she was on to something.

The actor is best known for his role on Modern Family – which could be connected to the clue involving the house as playing happy family definitely earned him a pretty penny.

An out gay man and strong advocate for the LGBTQ community, the rainbow colours on the costume could also be a nod to this.

As for the fiery temper, Ferguson is a redhead – perhaps he was being tongue-in-cheek with his fiery puns.

Another one maybe playing on the drag word play is the multi-talented drag queen, singer and actor Courtney Act.

The same clues that applied to Michelle Visage would work for Courtney Act – a drag queen who starred on RuPaul’s Drag Race.

Courtney later went into the Big Brother house where she won – a house full of money is one of the clues.

Coral have the odds of Courtney being Dragon at 11/8.

At 12/1, the Grand Designs presenter is a possibility.

The clue involving the house with money would fit, as McCloud is best known for presenting the show where homes and buildings get huge makeovers and redesigns.

Other names favoured with the bookies include Will Young (6/1) and Susan Calman (8/1).

The Masked Singer continues tonight at 7pm on ITV.

MORE : The Masked Singer UK: Mel B almost gave her identity away by wearing leopard print to studio

MORE : Who is Robin in The Masked Singer? The clues and theories so far

Prince Harry and Meghan Markle ‘in a good place’ and ‘doing amazing things’ a...

Why you should never trust fancy hotel room pictures – here are the things...