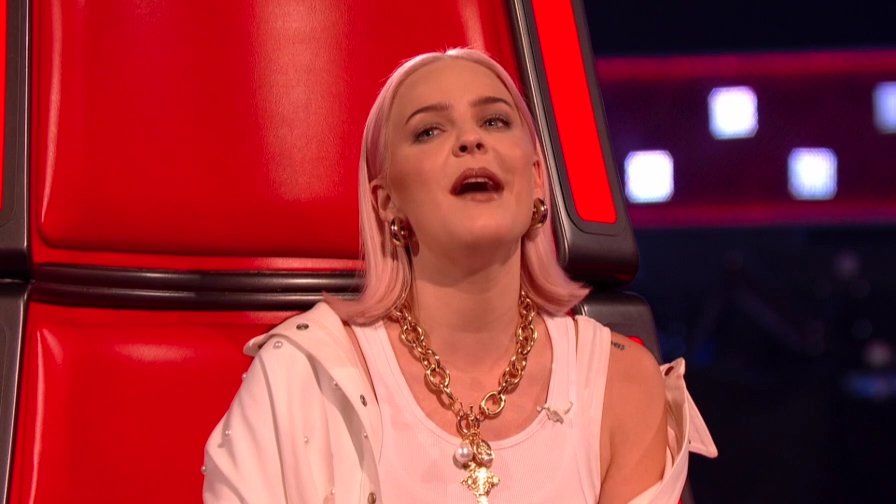 Anne-Marie was left shocked on The Voice UK after her sister Samantha surprised her from the virtual studio audience.

Bosses were forced to make a few changes to the 2021 series, including not having a live studio audience due to the coronavirus pandemic.

However, viewers can still watch the blind auditions, but virtually on a screen from the comfort of their own homes.

During tonight’s instalment, the 2002 singer gets a surprise when she spots a familiar face in the audience.

‘Oh my god that’s my sister,’ Anne-Marie says as she notices her sister and nephew on one of the screens.

‘That’s my sister and my nephew. Are you ok?’

‘Yes, I think Preston want to have a turn at singing,’ her sister replies.

‘Is it weird seeing me on here?’ the singer asks, with Samantha laughing: ‘Yes, you fit right in.’

‘That was so cute,’ Anne-Marie adds afterwards.

Anne-Marie isn’t the only coach to receive a message from the audience tonight.

Sir Tom Jones also receives a special message from a fan asking if he is on TikTok.

The Voice continues on ITV on Saturdays at 8.30pm.

MORE : TikTok star who started Kanye West/Jeffree Star rumour admits she made it up

Piers Morgan admits he ‘plays up’ Good Morning Britain persona: ‘I prefer to be...

The Danger Of Instagram Therapists (& What Real Therapists Think Of Them)

What is going on with Kylie Jenner’s shower? Star roasted over bathroom in $36m...

‘Game of Thrones’ Prequel Series ‘Tales of Dunk and Egg’ in...