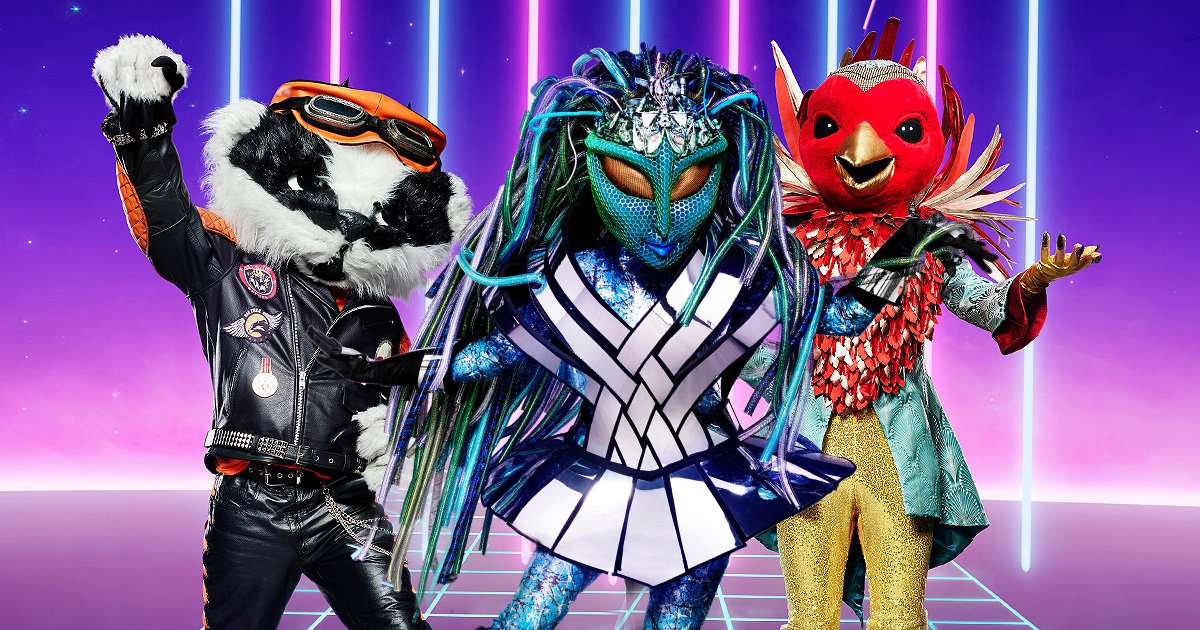 The Masked Singer UK has made a triumphant return on ITV, bringing with it captivating musical performances by celebrities dressed as utterly nonsensical characters, from a Sausage to a Badger.

In the second week of the competition, Harlequin went up against Blob, Seahorse faced Viking and Bush Baby competed with Grandfather Clock, with the responsibility resting on the masked studio audience to decide who would end up in the bottom three.

After Harlequin, Seahorse and Grandfather Clock wound up in the bottom three, the panelists decided who they wished to keep in the contest, with one competitor being unmasked.

So who are the first two faces who have been revealed on The Masked Singer UK season two?

Who was revealed in week one of The Masked Singer?

In the very first week of the competition, Alien was eliminated from the competition after delivering a funky rendition of Don’t Start Now by Dua Lipa.

As the singer removed the head of their costume, musician Sophie Ellis-Bextor was unveiled underneath.

Recalling her time on the show, Sophie said that as she was the first star to leave, she ‘felt like a gymnast who had a cool routine with jumps and twists, who then left after their first comedy somersault’.

‘But it’s cool – I do my flips and jumps better with my own head on,’ she added.

The Murder On The Dancefloor singer shared a post on social media after her elimination, revealing that her one-year-old son guessed her identity while watching the show on Boxing Day.

Who was umasked in week two?

For the second week in a row, a professional singer was sent home on the new series of The Masked Singer UK, with Seahorse revealed to be Spice Girls band member Mel B.

Although Mel B tried to disguise her voice while singing Kylie Minogue’s hit track Can’t Get You Out Of My Head, several viewers guessed that it was her behind the mask.

Looking back on her time in the competition, the musician said that it was ‘gutting, hilarious and shocking’ to be eliminated.

Mel B said she felt ‘so nervous’ because she had to sing her song ‘in a way I still hadn’t really got used to and I was really out of my comfort zone’.

‘I also couldn’t fully see because of my mask and I couldn’t breathe normally so I knew singing would be even harder. It was a proper challenge,’ she added.

Who was revealed in week three?

The singer unmasked in week three of the competition ended up being Swan who competed against Badger, Dragon, Robin and Sausage in the final face-off.

With guesses ranging from Pussycat Dolls stars Kimberley Wyatt and Ashley Roberts to Idina Menzel, the person under the mask was revealed to be Martine McCutcheon.

Jonathan Ross had managed to get the answer right after remembering that Martine had been in a girl band called Milan when she was a teenager and she had also dropped clues about having connections to two Prime Ministers – including Hugh Grant’s character in Love Actually.

We’ll just have to wait and see which other celebrities are revealed as the competition progresses!

The Masked Singer returns on Saturday at 7pm on ITV.

If you’ve got a celebrity story, video or pictures get in touch with the Metro.co.uk entertainment team by emailing us celebtips@metro.co.uk, calling 020 3615 21

Who is in the cast of Fate: The Winx Saga and where do we...

Virgin Atlantic launch winter sale with up to 30% off flights to Orlando, Las...

When was Mr Bean first broadcast ahead of Happy Birthday Mr Bean?