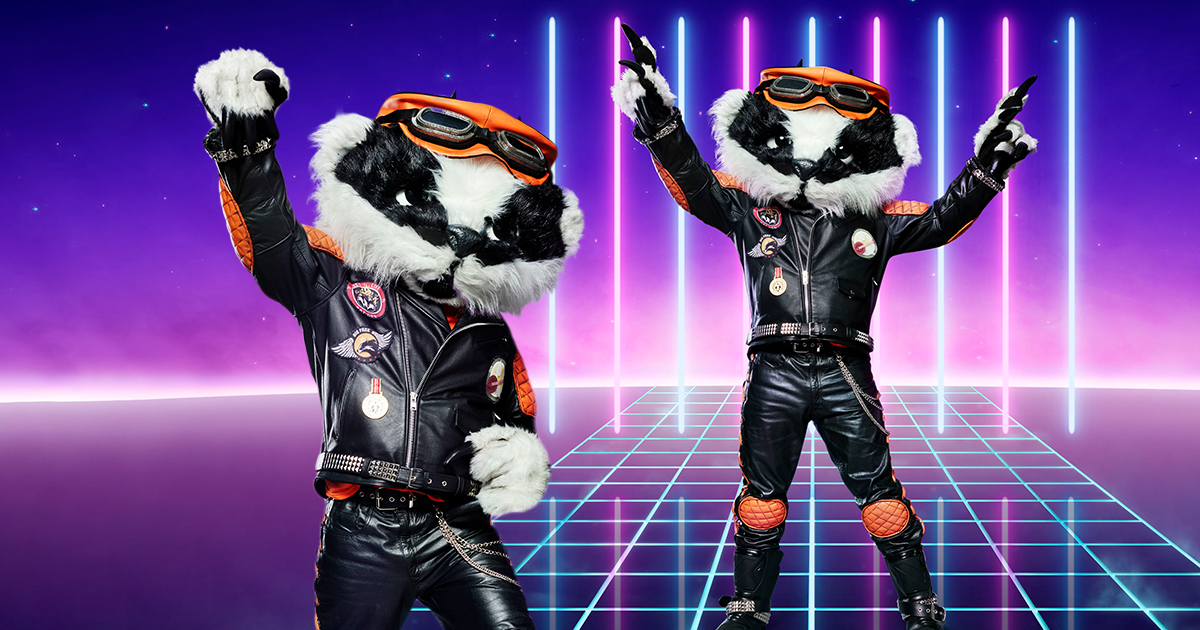 Let’s face it – the costumes on the new series of The Masked Singer UK have completely and utterly raised the bar.

From an edgy Badger to a bonkers Sausage wrapped up in a newspaper cone, the imagination and talent of those who create the outfits worn by the celebrity contestants on the ITV singing competition is a joy to behold.

For Masked Singer UK costume designer Tim Simpson, Badger was one of the designs that he came up with ‘almost instantly’, as the character ‘appeared on the page pretty much fully formed’ when he started doing his preliminary sketches.

Speaking to Metro.co.uk over Zoom, Tim revealed that he also managed to sneakily hide a ‘secret’ symbol on the costume, which pays homage to Badger’s affinity for rock ‘n’ roll.

‘Badger’s got a little secret that I built into it, which is on his back pocket,’ Tim said.

‘He’s got a patch for a band called Badger Kull, which only existed for one song ever.

‘They performed in Liverpool a few years ago. They performed one song for one minute and 23 seconds and then the band dissolved and abandoned music and have never been seen or heard of since.’

To pay tribute to the band, Tim said he placed ‘a little Badger Kull survivors’ club patch on the back of Badger’s bum’.

Well if that isn’t just the best piece of trivia we could have possibly asked for.

When conceptualising the design for Badger’s costume, Tim explained that he wanted to make sure that the character had ‘a bit of attitude’.

‘I wanted a slightly portly Badger that possibly had some of his rock and roll days behind him,’ he said.

Fortunately, the famous face behind the mask understood the persona Tim was going for from the get-go.

‘I think Badger’s one of the characters that the performer got into the costume and just got it, just understood what this costume was going to do for them,’ Tim recollected.

‘Because that’s one of the interesting things. When you put a mask on, you completely vanish and the world sees you totally differently.’

Tim also has a particularly close connection to Badger, as he admitted to us that he’s ‘always had a soft spot’ for the animal.

So much so that his company, Plunge Creations, has a taxidermied badger as their ‘mascot’. Yes, really.

‘I’ve got a taxidermy badger that we found dead on the side of the road near here,’ Tim said.

‘We taxidermied it and it’s now our company mascot called Tallulah, and so badgers are sort of part of my psyche more than they probably should be.’

Funnily enough, Tim pointed out during our video call that he also has a ‘picture of a sleepy badger’ on his wall.

Wonder if Tim’s secretly bidding for frontrunner Badger to win then?

The Masked Singer UK airs tonight at 7pm on ITV.

MORE : The Masked Singer UK: Mel B almost gave her identity away by wearing leopard print to studio

Keira Knightley says paparazzi tried to drive her off the road

Saved By The Bell star Dustin Diamond diagnosed with cancer

11 Chic Pajama Sets to Lounge in All Day