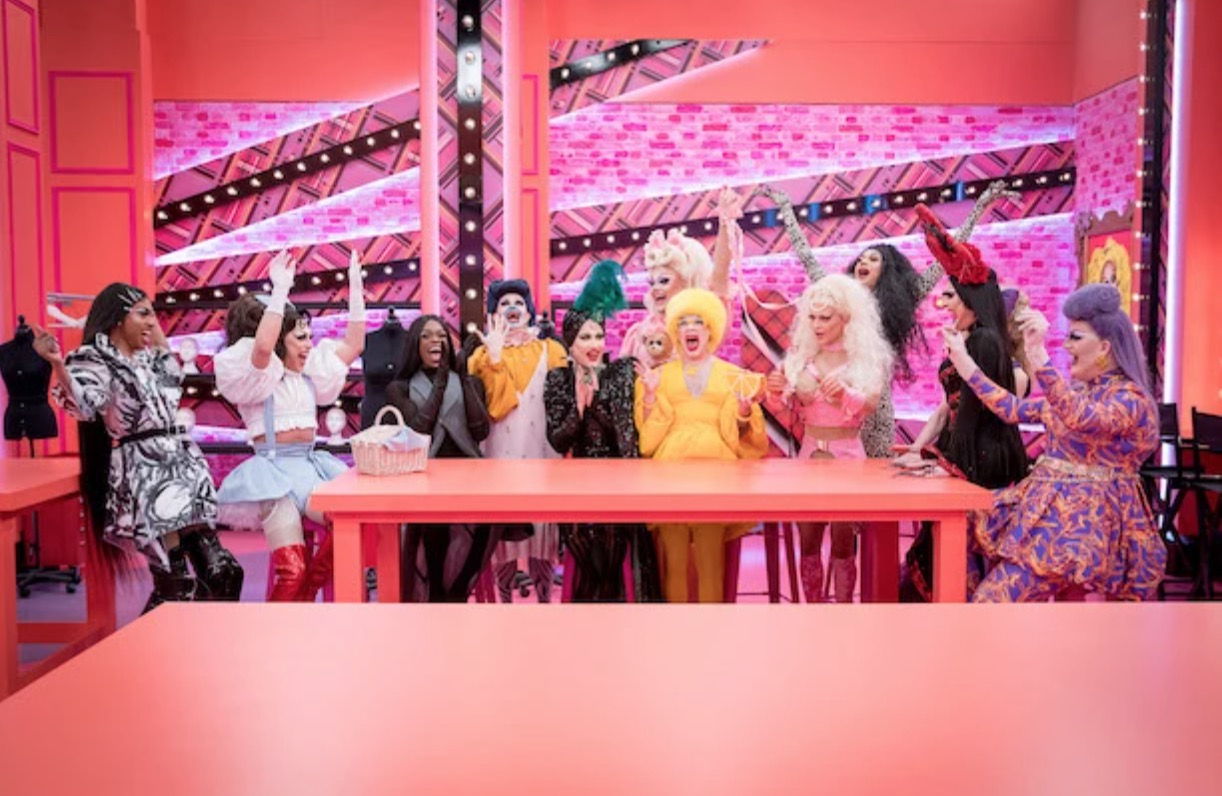 RuPaul’s Drag Race UK is back in for another round in all its wonderfully bonkers glory – just when we needed something fabulous to fill our evenings with.

While the OG US series continues on with its 13th season simultaneously, the World Of Wonder team were taking a risk running the two shows at the same time.

We would be lying if we didn’t worry about the risk of over-dragging things out, with so many queens to be keeping track of between the two seasons.

But thankfully, Drag Race UK doesn’t only remind us just how much we love this show, it’s also providing one of the strongest line-ups in the franchise ever at the same time.

There is no major weak link in the 12 queens that arrive for Drag Race UK. While queens like Joe Black and A’Whorea are more polished, others – like Bimini Bon Boulash and Veronica Green – have so much charisma you don’t really care about their looks being less than 100.

Some, like Lawrence Chaney and Tayce, are there to win and their determination shines, while others (Tia Kofi and Cherry Valentine) are just having so much fun that you are dragged along for the ride with them.

Similar to last year, after intros the queens are given a photoshoot challenge – this time inspired by Wimbledon – and all the ball gags write themselves as our Wimbled-huns are thrown onto the court with a racket and two pants-clad members of the Pit Crew.

As Liz Hurley joins the judging panel as this week’s extra special guest judge, each queen has to leave their mark with two looks – a gay icon outfit, and a performance representing their hometown.

It’s a real shame that the only thing up for grabs for the winners remains the RuPeter badges, as these performers are way up there in everything that makes Drag Race so beautifully Drag Race.

The camp is turned up to 11, the comedy is shovelled in and there’s beauty found even in the most hodge-podge of moments and queens.

This season has launched in a way that’s much betta than season one – and seeing as that was incredible, we cannot even begin to tell you how excited we are for the upcoming episodes.

Maybe it’s our home country bias but RuPaul’s Drag Race UK may have just brought the best line-up of queens ever to the franchise.

While some may be a little bit more seasoned than others, there is fight and charm, charisma, uniqueness, nerve and talent in all of them to the point you don’t actually want anyone going home.

It’s going to be a seriously tough season, we can feel it. And we cannot wait for all the drama to come onto our screens.

MORE : TV guide: From It’s A Sin to Drag Race UK – the best shows coming your way in lockdown 3

Jake Quickenden says ‘f**k you Instagram’ after photo of him topless in bed with...

Amazon New Year Sale: Save Up To 50% Off on Vera Bradley Bags, Backpacks...