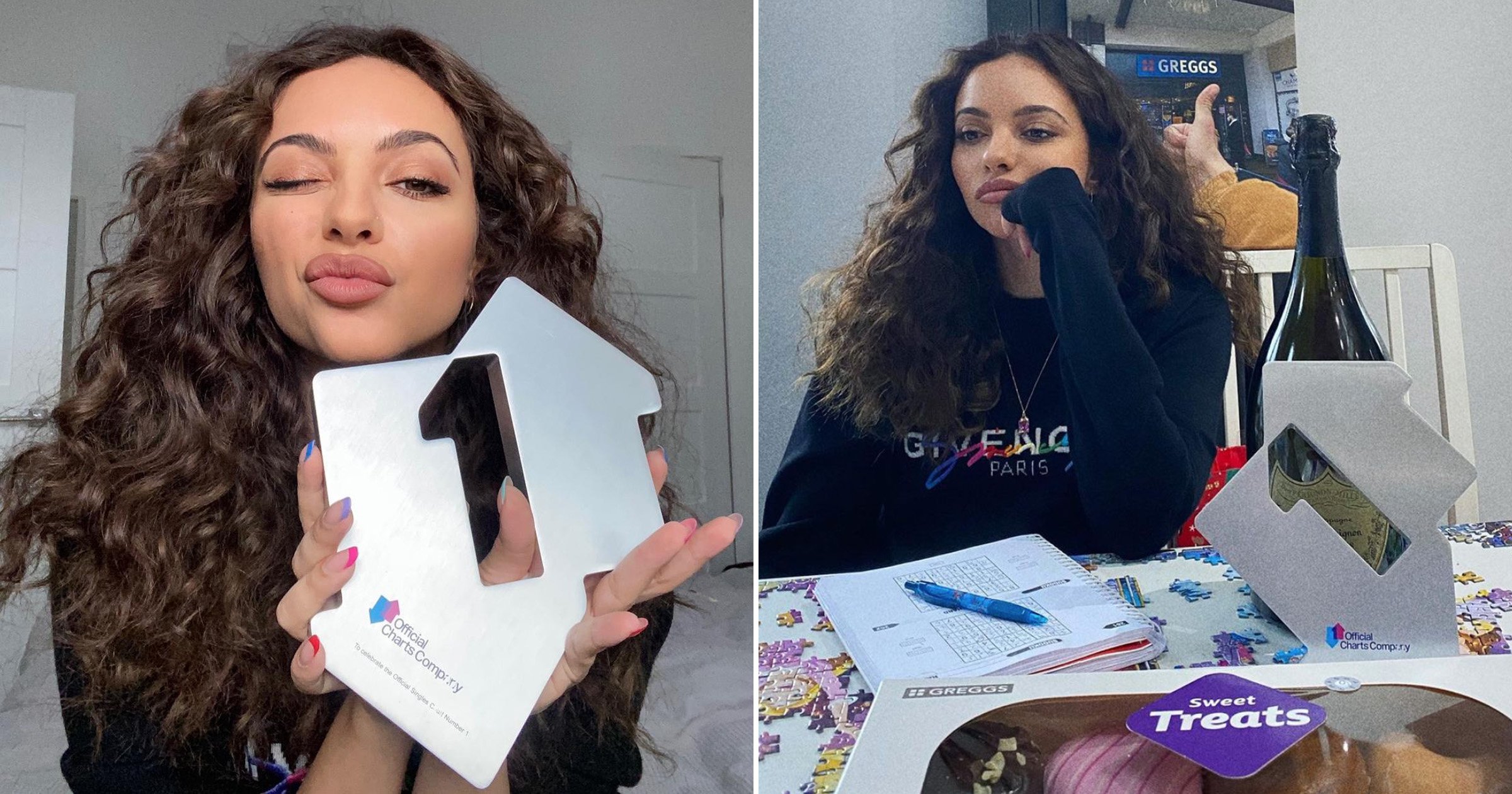 Jade Thirlwall shared how she was celebrating Little Mix’s latest number one – and it involved a tray of Greggs donuts.

The Little Mix star, 28, shared a photo of her looking bored as she sat by herself at a table with her Official Charts number one statue and some refreshments.

She had a bottle of champagne on the go as well as a tray of Greggs donuts to mark Sweet Melody going to number one in the most perfectly socially distanced way.

Jade joked with her followers: ‘My number 1 party was lit tbf’, as she also had a Sudoku puzzle book on the go in front of her.

Sweet Melody is the band’s first song to go to number one since bandmate Jesy Nelson announced she was leaving, though she does still feature on the song.

News of Little Mix’s chart success was confirmed on Friday, as the girls released new photos in gold bodysuits to mark the occasion.

It’s their fifth number one single, with their last being Shout Out To My Ex in 2016, and they said: ‘We literally can’t thank the fans enough.

‘We see them every day fighting to get this song to Number 1. The fact this song has been out since October and now it’s got to Number 1 just shows how dedicated they are.

‘We can’t wait to eventually get back on the road again and see them all – and give them a big hug when we’re allowed.’

Jade also told The Sun: ‘It’s also special because it’s our first No1 as a trio. Starting off 2021 with a No1 is amazing.’

Perrie added: ‘This No1 is so special because the fans really fought for it. They’ve been downloading and streaming all week and we love that.’

Leigh-Anne also confirmed that the band would be releasing new songs soon, adding: ‘We have new music coming very soon. We’re working on something really exciting that will be out this spring, and can’t wait for you all to hear it.’

MORE : Little Mix’s Perrie Edwards admits she feels ‘like utter s**t’ during lockdown: ‘All I do is eat’