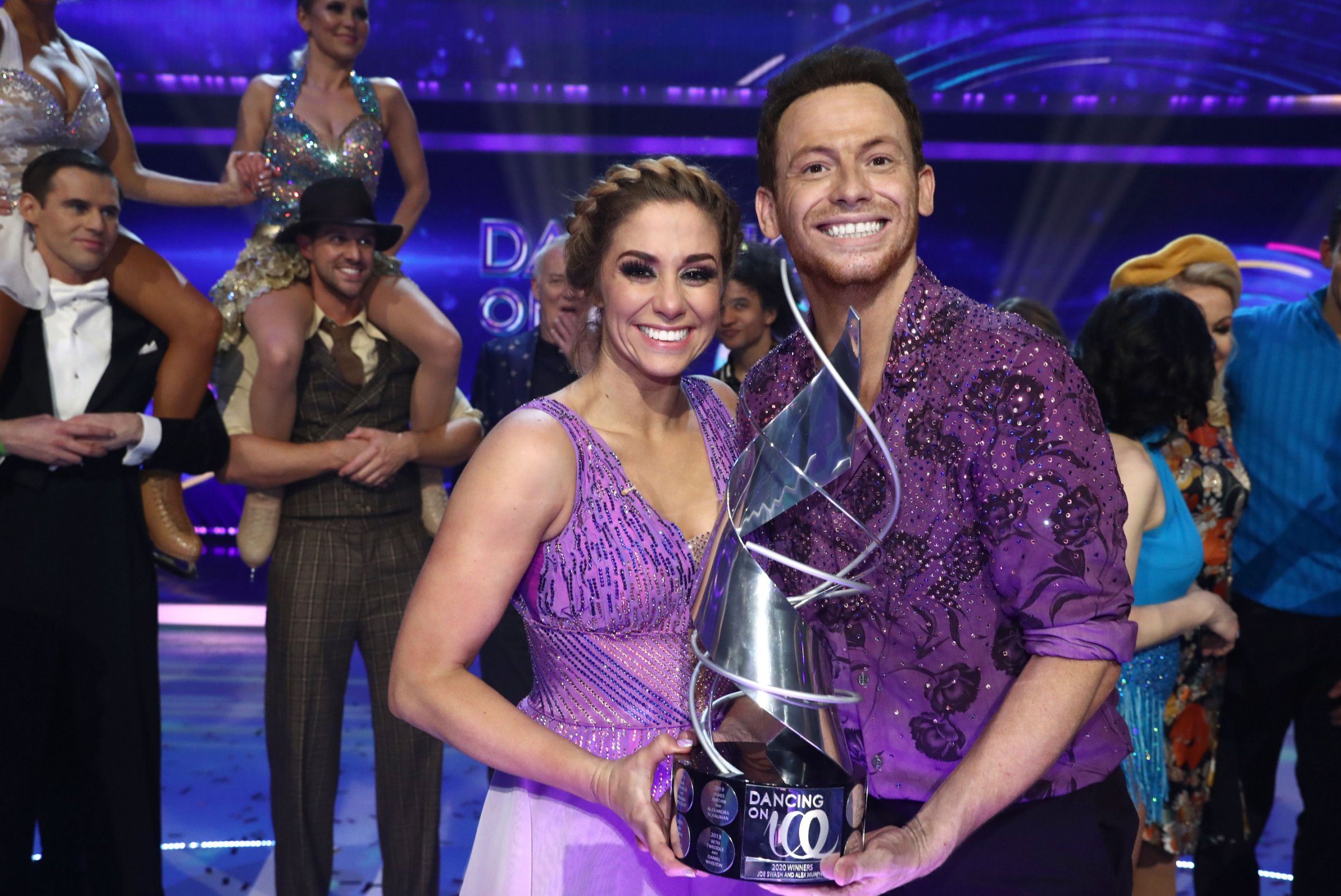 Joe Swash, the reigning champion on Dancing on Ice, believes he may be ‘one of the worst ice skaters’ ever to have come out victorious on the show.

In March last year, Joe and his professional ice skating partner Alex Murphy skated their way to victory on Dancing on Ice.

The pair went up against Diversity star Perri Kiely and his partner Vanessa Bauer in the final, winning the public vote by just one per cent.

During an appearance on Stephen Mulhern’s Celebrity Catchphrase on Saturday evening, Joe reminisced about his time on the ice.

He admitted to Stephen that despite winning the show, he doesn’t rate his skating skills that much.

‘I think I’ll probably go down in history as one of the worst ice skaters to have ever won that show, but I’m alright with that,’ he said.

‘It’s the most exciting job I’ve ever had. I’m blessed to have done it,’ he said.

However, Joe added that while starring on I’m A Celebrity was ‘a good experience’, having to do tasks such as ‘eating a kangaroo’s anus’ was ‘not pleasant’.

Before his stint in the jungle, Joe was best-known for starring as Mickey Miller in EastEnders, a role he played from 2003 until 2008 and reprised in 2011.

So could Joe ever see himself returning to the BBC soap?

‘I loved it on EastEnders. I was there for five years, I had such a good time on it,’ he stated.

Nonetheless, Joe added that while he’d ‘love to go back one day’, EastEnders has ‘not shown any interest at all’.

Perhaps one of these days, that phone will ring…

In December, Joe proposed to Stacey Solomon, his partner of five years.

The couple recently teased that a 2021 wedding ceremony could be on the cards, as both Joe and Stacey are ‘keen’ to exchange their vows soon.

Celebrity Catchphrase is available to watch on ITV Player.

Your Career Horoscope For 2021 Is Here

John Bishop donates 100 laptops to pupils at his old school to avoid children...