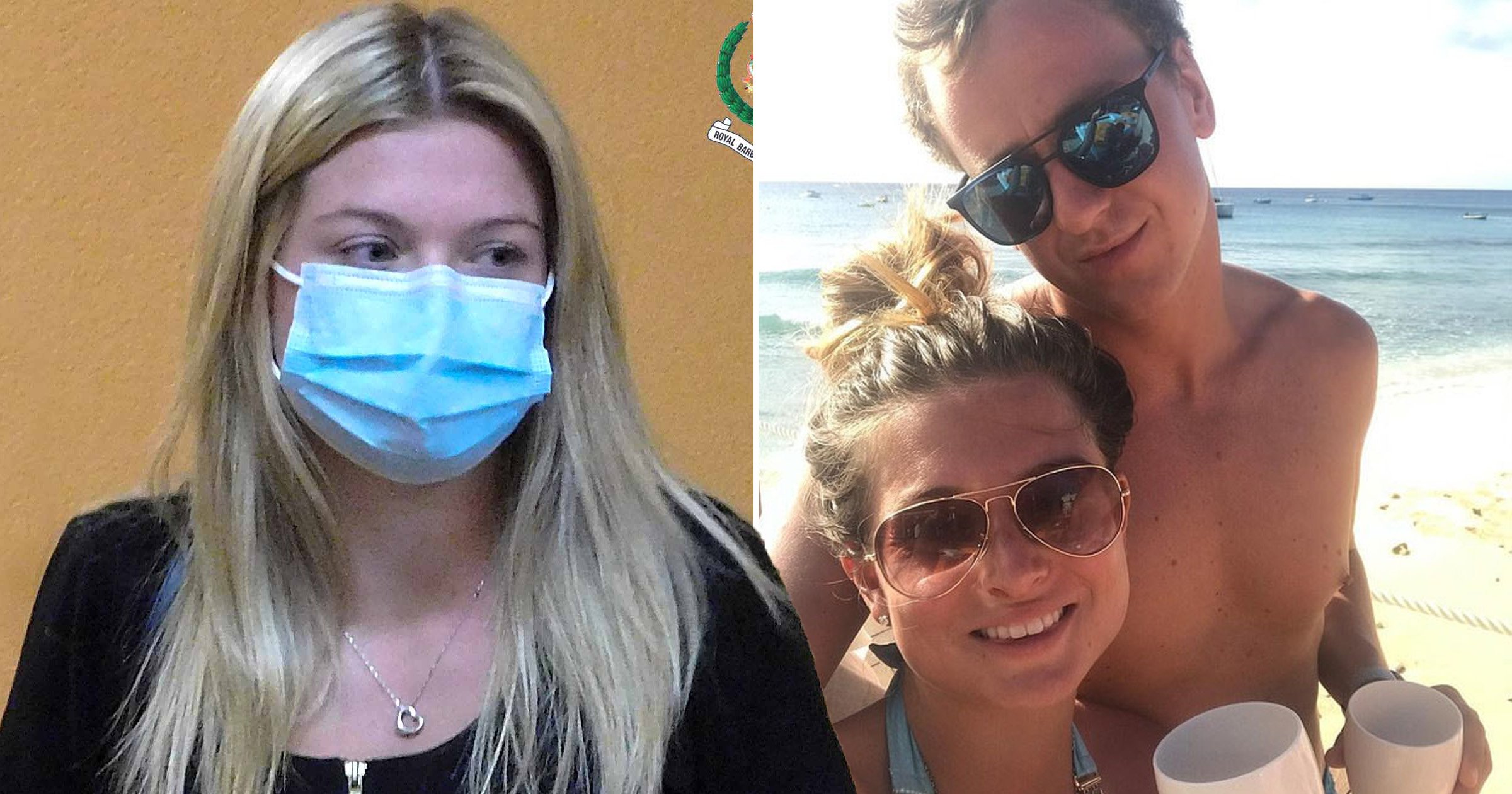 The Love Island star appeared in court on Wednesday in Barbados and was fined £4,417 for trying to flee the island with her partner, who had tested positive for Covid-19.

Shortly after paying her fine, Holland, 25, was seen boarding a Virgin Atlantic flight to Manchester at the Grantley Adams International Airport alone.

Andrew Pilgrim QC, Holland’s lawyer, told MailOnline: ‘Zara left Barbados last night. The fine has been paid and she was free to go.’

Elliott Love, 30 remains in the Paragon Isolation Centre where he will stay until he is clear of Covid-19.

He will have to test negative twice for the virus over the space of five days before he is allowed to leave military base which has been turned into a coronavirus quarantine centre.

Love is then expected to be charged with breaking Barbados’s strict Covid-19 rules and taken to court, where he faces a sentence of up to a year in jail and an £18,000 fine if convicted.

He tested positive for coronavirus after arriving in Barbados last Sunday, and Love and Holland were instructed to remain in their room at the Sugar Bay hotel until they were taken to a quarantine centre.

However, the pair left the hotel and were intercepted by police at the airport.

Barbados, which has only had 395 Covid-19 cases since the start of the pandemic, has very strict rules in place. Visitors to Barbados from high and medium risk countries must have a test before they arrive and another when they arrive, and restrict their movements while awaiting the results.

If the result is positive, then the person is assessed at a government facility for a minimum of 24 hours; after this there is the option to self-isolate at your own expense or go to a government isolation location, such as the Paragon Military Base.

Returning home or resuming your holiday before recovery is forbidden.

Holland was charged with breaching quarantine rules but avoided jail, with her layer saying that the former Miss Great Britain accepted ‘full responsibility’ for her actions.

During the hearing, Holland was condemned by magistrate Ian Weekes who said: ‘We cannot tolerate that you breached the quarantine protocol.

‘You had been told to stay at your hotel and you should have done that.’

Her lawyer Andrew Pilgrim said Holland made a ‘foolish error’ and argued that Holland and her boyfriend were worried about their status in the country, hence why they tried to leave.

Love had already tested positive for Covid when the pair bought return flights to the UK.

Mr Pilgrim told the court that reality star Holland was involved in a lot of charity work in the UK, including helping children with cancer, and said she had the utmost respect for the people of Barbados and had been holidaying on the island twice a year for the last six years.

MORE : Davina McCall is done with working out just to ‘look hot in a bikini’

The Walking Dead star Samantha Morton rushed to A&E as she thanks NHS: ‘I’m...

Kylie Jenner Just Unfollowed Basically Everyone (But 28 Accounts) On Instagram…