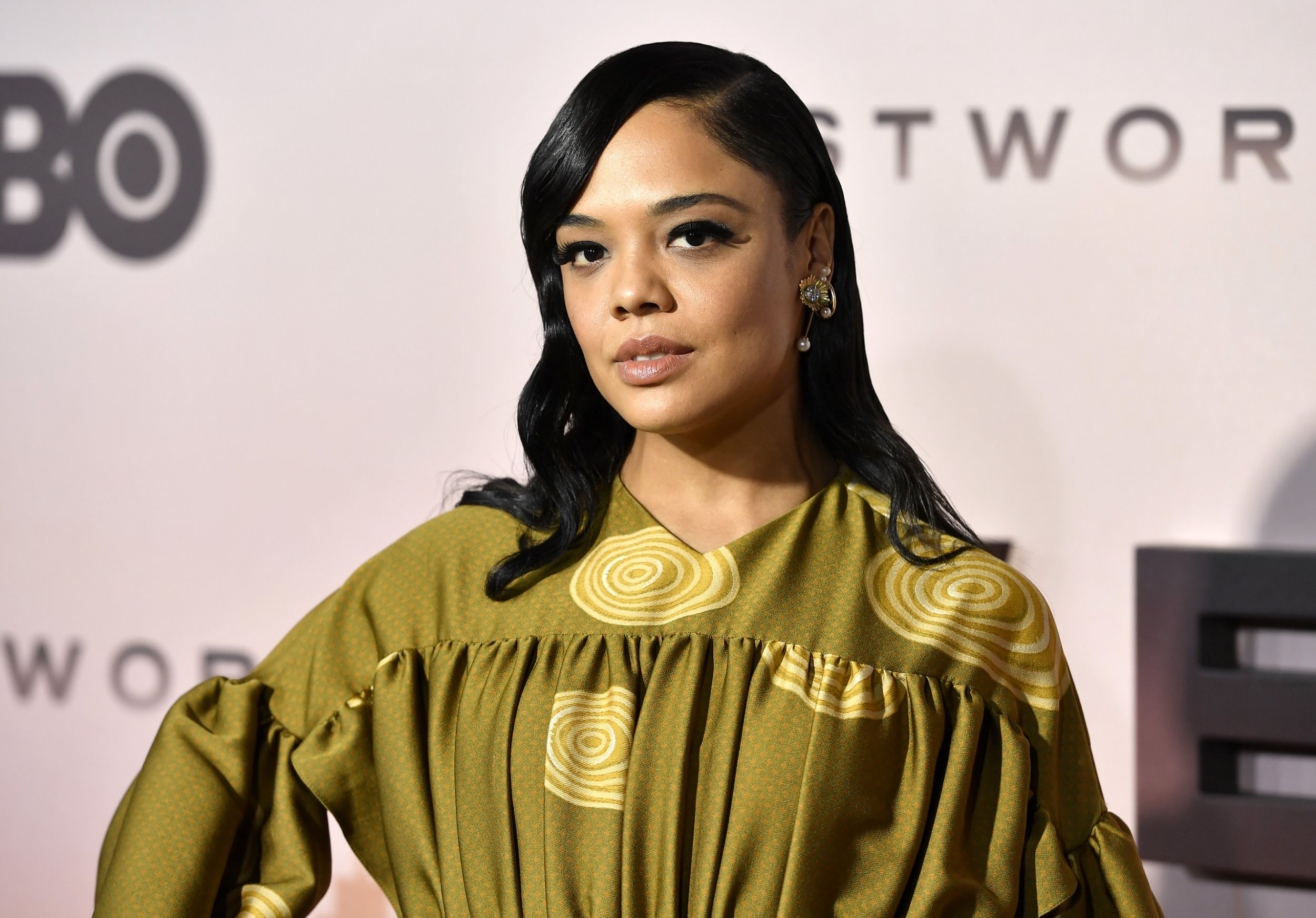 Tessa Thompson had a bit of a scary end to 2020 after she was hit by a ‘big monster’ truck on New Year’s Eve.

The Thor: Ragnarok actress revealed she had been making her way to a cabin for a ‘totally safe’ weekend break with a friend when she got into a car accident on the way.

Tessa, 37, recalled the incident during her appearance on Thursday’s Jimmy Kimmel Live as she explained: ‘I drove up a mountain to go to a cabin, and I thought, This will be totally safe because I won’t see anybody.

‘But I got into a car accident, so I did have a socially distanced interaction. I got hit by a big monster truck on the highway.’

She continued: ‘Let’s put it this way. It is as “monster” as a truck could be driving with a regular commercial license. I got hit, but I’m safe, obviously, and actually, the driver was very lovely in the end.’

The Sylvie’s Love star insisted she wasn’t too upset by the crash because it was more ‘pleasant’ than previous car accidents she’s been involved with in the past.

She stated: ‘I feel like I’m so used to car accidents because I was born and raised in Los Angeles, so it feels like accidents are my birthright. I’ve had many of them. But this was a pleasant one.’

Host Jimmy then joked that the story sounded like the perfect meet-cute for a romantic film.

However, the actress was on the show to promote her new romantic drama, Sylvie’s Love about a young woman who meets an aspiring saxophonist in her father’s record shop in 1950s Harlem.

Their love ignites a sweeping romance that transcends changing times, geography and professional success in the moving flick available on Amazon Prime Video.

MORE : Westworld’s Tessa Thompson warns season 3 will make us question our own free will

Jason Derulo raking in a staggering £50,000 per post on TikTok after Savage Love...

Doctors refuse hysterectomy for woman with agonising period pains as she...