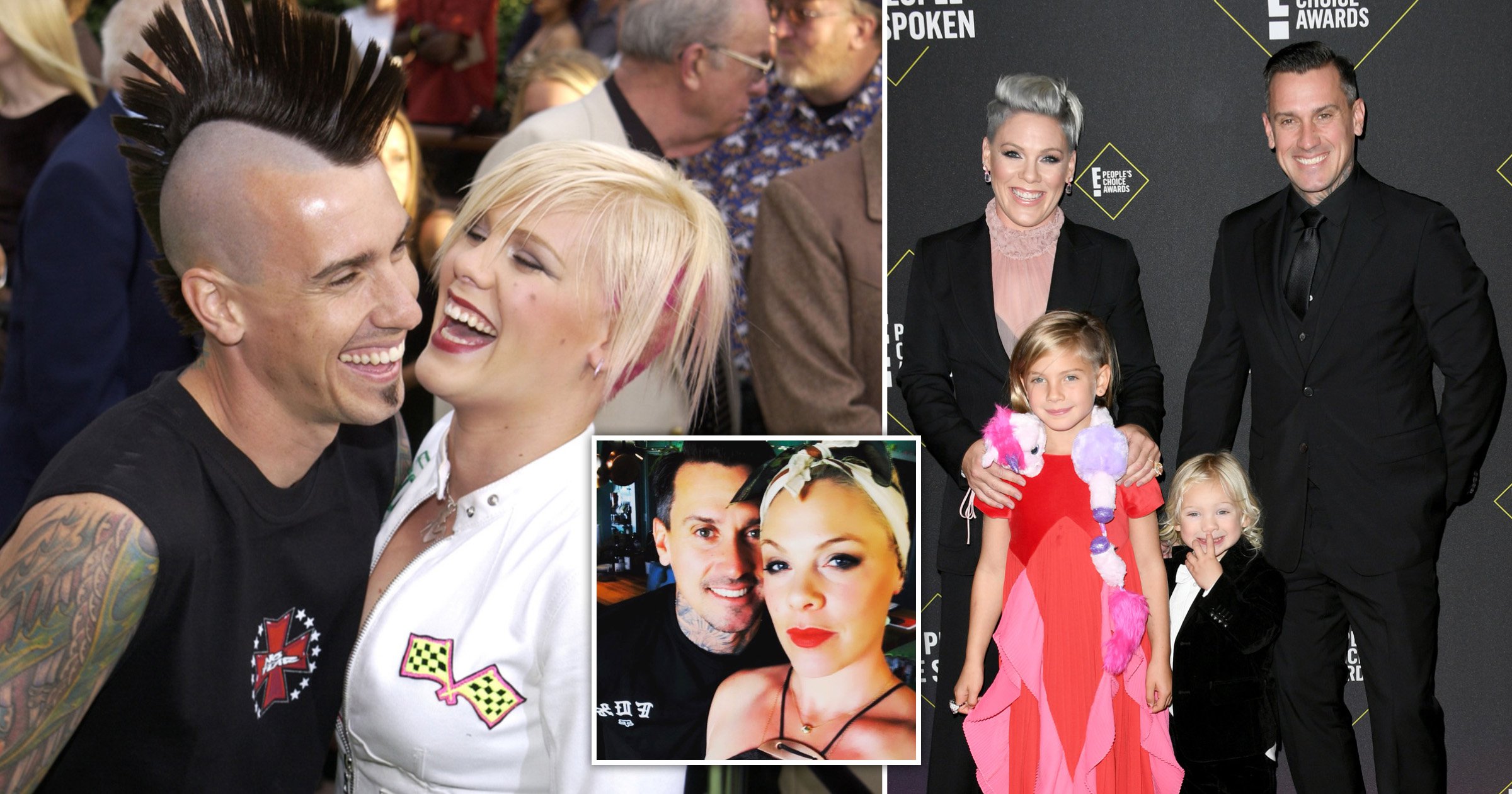 Pink has shared a cheeky, but ruddy sweet, tribute to husband Carey Hart, as the pair celebrated their 15th wedding anniversary this week.

The star married the motocross rider in Costa Rica in 2006 and, despite splitting for two years in 2008 – which inspired the absolute banger So What – Pink and Carey are going strong, with two kids also added to the brood.

Sharing a series of images of the pair to Instagram, from their early days dating, to recent snaps of them with their children, Willow, nine, and Jameson, four, Pink wrote a loving tribute on Thursday.

Still, she made sure she also made an obligatory dig at their ‘wild ride’ of a relationship in true PInk fashion.

She wrote: ’15 years. Proud of us babe. See, sometimes being stubborn pays off.

‘What a wild ride it’s been, once we learned how to stay in our race line.

‘Here’s to at least the next 15 months hahahAh. I love you and I love our family. (sic)’

Carey also shared a clip of his wife to Instagram to commemorate the anniversary, with Pink dancing along to Mattafix’s Big City Life before flipping the bird to her beloved, with a giant grin on her face.

He captioned the clip: ’15 years w/ this amazing woman! Damn, baby!!!!! There is no other woman that I would want to go through this crazy world with than you.

‘Thanks for being a great friend, wife, mother, and person. Throw your 🖕🏻 in the air.’

Fans were loving their joint display of absolute adoration, with Selma Blair writing: ‘Cherish you both. Hats off to a life well done and doing… ❤️’

Another follower chimed in: ‘Power couple, made for each other! Happy anniversary.’

Pink and Carey met at the 2001 Summer X Games in Philadelphia and, following a brief split in 2003, the singer proposed to Carey in 2005 during a race before they tied the knot.

The star previously poked fun at their split while celebrating their 12-year anniversary, writing: ’12 years married today. 16 if ya count the 4 years we spent deciding if we were going to live together forever or kill each other.

‘It’s been a nice mix of that ever since. Get em’ young and train em’ ladies. I still have a crush on you @hartluck.’

She recently encouraged the wonders therapy had on their marriage, saying it’s their ‘stubborn idealism’ that keeps them together.

Sharing a photo of herself beaming and holding a wine glass while hugging Carey, who had his face pressed into her neck, Pink wrote: ‘My friend @jbpitts2 took this photo of us. He’s still my favorite sweet little dirtball. He and I have been at this a long time, and it is our relentless and stubborn idealism that keeps us together.

‘Marriage is awful, wonderful, comfort and rage. It is boring, terrifying, and a total nail biter. It is loving another fallible creature while trying to love yourself.

‘It is a lifetime of coming back to the table. People laugh at us because we’re either fighting or laughing. They roll their eyes when we talk about therapy.

Pink continued: ‘Even when it isn’t. Therapy isn’t for weak people or hippies or liberals. It’s for broken people that want to be whole. It’s for runaways that want a family. It’s a lesson on how to sit down and listen. How to love yourself so that the other person can, too.

‘I love you babe. I’m grateful we made it to this photo @hartluck.’

MORE : Alison Hammond and Dermot O’Leary praised for being ‘refreshing’ after taking over Eamonn Holmes and Ruth Langford on This Morning

What are the travel rules for Dubai? Latest advice following new coronavirus restrictions

How to tell which relationship type you’re in, according to a psychologist

Prince William Is ‘Very Proud’ of Grandparents Prince Philip and Queen Elizabeth for Getting...

Dr. Jill Biden could become only first lady to work a...