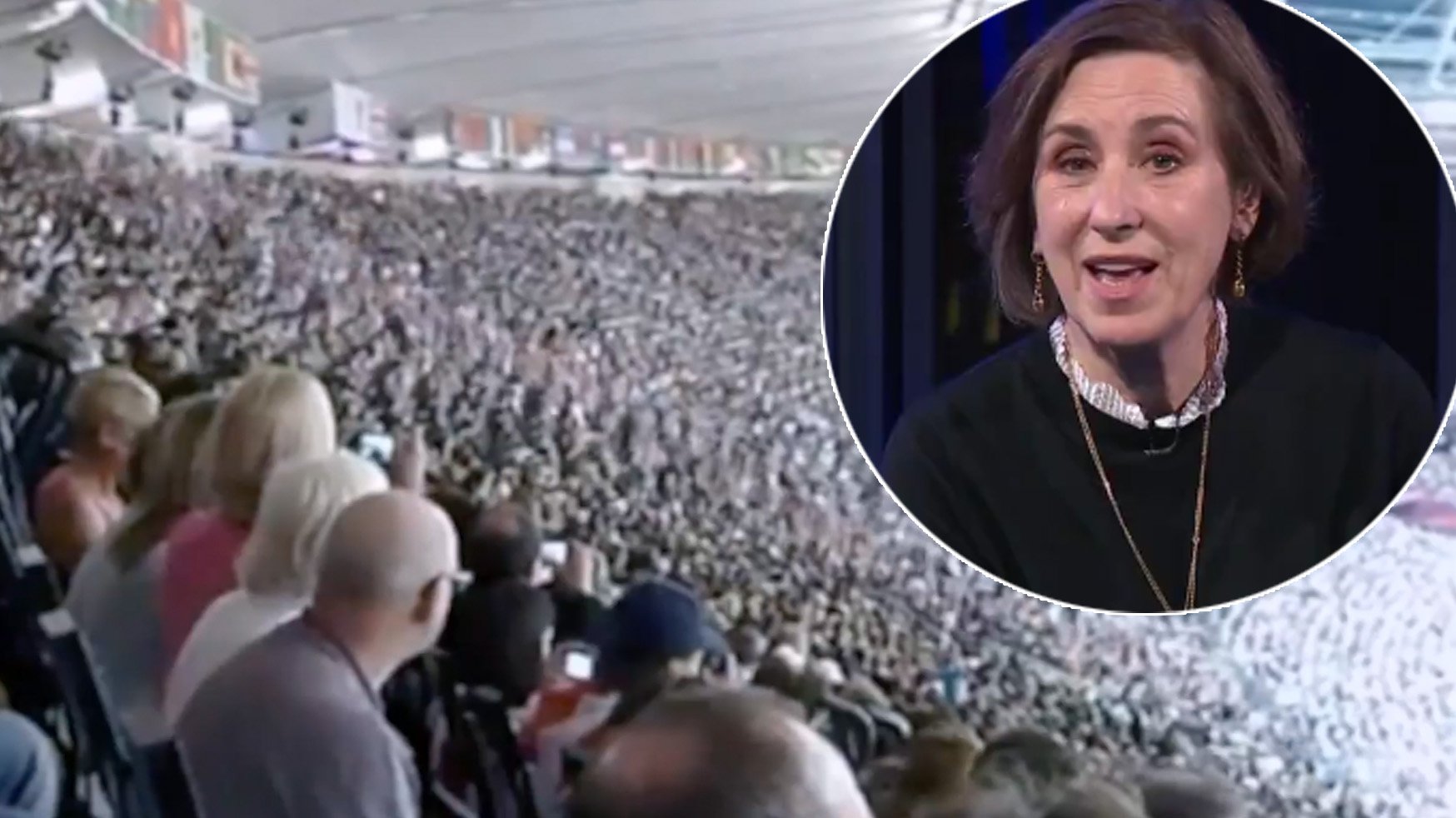 Newsnight has brought home the reality of the coronavirus pandemic for a lot of viewers by helping them to visualise the death toll in a very real way.

‘That’s 78,508 individual lives lost,’ she said. ‘Such numbers are hard to comprehend, hard to visualise. What does 78,508 people even look like?

‘Well, this is what it looks like. That’s very nearly the full capacity of the Olympic Stadium from the London 2012 Games.’

The show ended on a heartbreaking note, with clips from the 2012 Olympics playing, showing the stadium packed to capacity with 80,000 people.

One viewer said of the clip: ‘Absolutely heartbreaking but very necessary closing sequence this evening, as numbers of covid deaths virtually reaches the capacity of the Olympic Stadium. So much loss, so much grief.’

‘The capacity of the Olympics stadium dead as a result of Covid-19,’ another said. ‘My Lord. Let’s all hope that hit home, especially on the COVID deniers.’

One more added: ‘78,508 people have died of Coronavirus in the UK. How do you visualise such a number? 78,508 would have filled the capacity of the London 2012 Olympic Stadium. Powerful and emotive image from Newsnight.’

On Thursday this week, the country’s highest death toll since April was recorded, with 1,162 people dying of coronavirus.

It brings the UK death tally to 78,508, as the latest wave of infections continues to batter the NHS.

On Wednesday, daily Covid-19 deaths topped 1,000 for the first time since April, as 1,041 fatalities were confirmed. Recent figures are being affected by a lag in reporting from the festive period.

However, the daily case total has dropped to a comparative low, following three consecutive days of new infections hitting roughly 60,000.

Watch Chrissy Teigen get a back tattoo of lyrics from husband John Legend’s sexy...