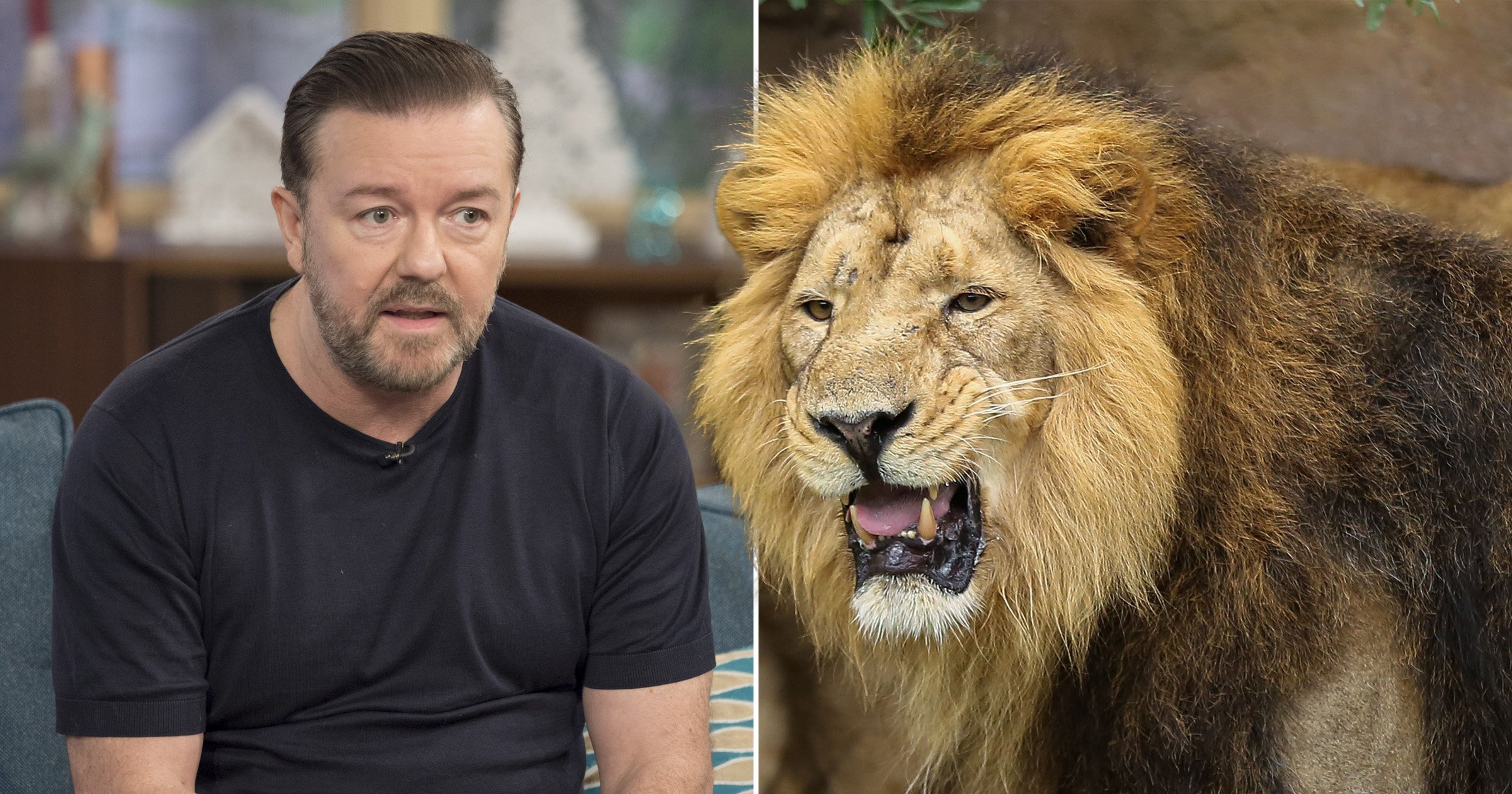 London Zoo has refused to give Ricky Gervais his dying wish of being eaten by lions because he’d be ‘too gristly’ for them.

The shade of it all.

The comedy star recently considered how he’d like to die – as you do – and said that he’d like to be fed to lions to ‘give something back’ to the animals.

In a tragic turn of events, his plans have been foiled.

Kathryn England, Chief Operating Officer of ZSL London Zoo said (via MailOnline): ‘I suspect Ricky may be a bit gristly for our lions.

‘But we are struggling financially because of lockdown so if anyone wants to “give something back” we welcome donations that will help us keep our lions fed on a more suitable diet.’

Ricky previously explained to Conan O’Brien: ‘I thought it would be good to be just fed to the lions at London Zoo. That would be useful, isn’t it? We never give anything back. We take everything from this world…everything we do is for us, we’re not even food for other things.

‘At least then…I’d like the look on the tourists’ faces when they throw this dead, fat, naked, 73-year-old, maybe, if I’m lucky, to the lions, and as it lands some people go, “is that the bloke from The Office?” they go, “what, Steve Carell?” “No not f**king Steve Carell. He’s much fatter than Steve Carell.”.’

Luckily, the 59-year-old went on to point out that he ‘doesn’t care’ how he passes away – so hopefully his dreams haven’t been crushed.

The star, who recently faced criticism from fellow comic Frankie Boyle, seen huge success in the past few years for his Netflix series After Life.

Taking to Instagram, he shared a selfie as he held up a wad of papers to the camera.

In the caption, the star simply wrote the word ‘cheers’ – and quite honestly, we are very excited!

MORE : What Ricky Gervais wants you to know if he’s found dead in a ‘compromising sexual position’

Kirstie Allsopp and Phil Spencer give their best tips for buying a house during...