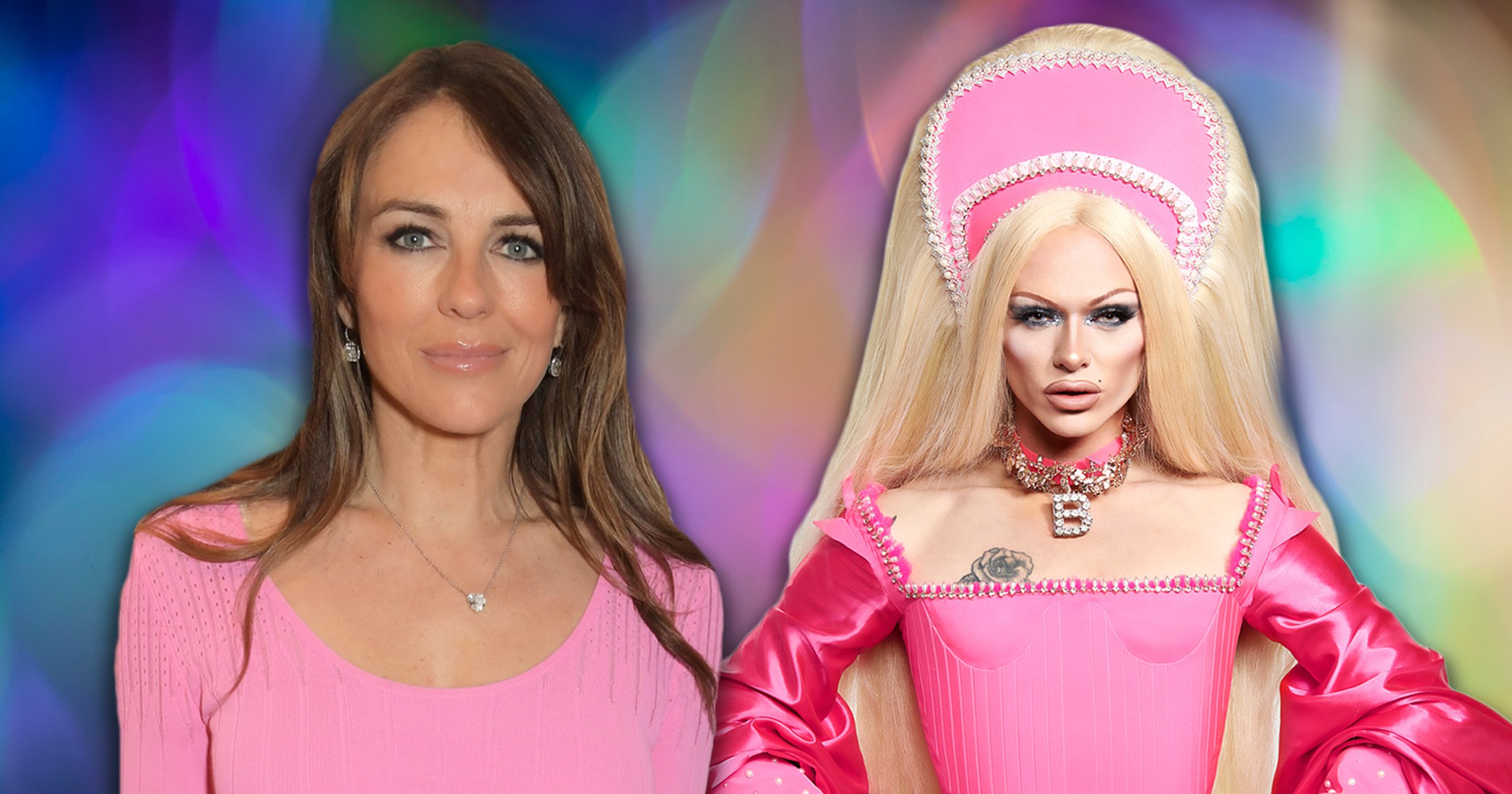 Liz Hurley looks set to make a huge impression on the upcoming series of RuPaul’s Drag Race UK, bringing her charisma to the judging panel and even flirting with one of the contestants.

The new series, which begins on the BBC next week, sees Liz take a shine to Tommy Hibbitts, one of the drag stars hoping to make a big impact in the competition.

Judging the shoot, Liz told him: ‘You have an unbelievable body and great bum.’

‘I find her quite sexy,’ the actress added, leaving the drag artist blushing.

Liz is one of the celebrities set to join the regular judging panel for new episodes, along with the likes of Alan Carr, Sheridan Smith, Maya Jama and Dawn French.

Fans can look out for her flirty exchange with Bimini Bon Boulash when the show returns on January 14.

The full line-up for this year’s competition was revealed last month. They’ll face a lot of tough competition as they battle to become the UK’s Next Drag Superstar. See the full list of this year’s stars here.

Last year, The Vivienne was crowned the UK’s First Drag Superstar, beating runner-up Divina de Campo and Baga Chipz to walk away with the coveted prize.

Casting for season two was completed in November 2019, filming for the series was suspended as a result of the coronavirus pandemic.

The good news is, Ru will be back and she will be joined by judges Michelle Visage, Alan Carr and Graham Norton once again.

If you’re isolated like me, a ‘fitness buddy’ is a lifeline in lockdown

From Bangladesh to Burma, Simon Reeve relives his most exciting travel...