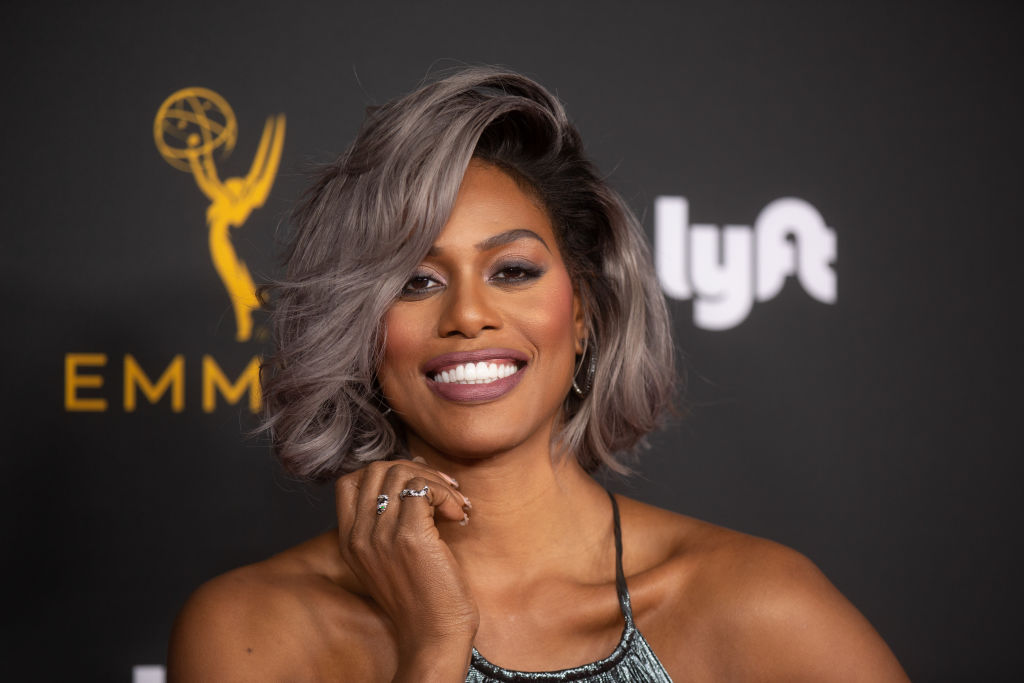 Laverne Cox has dropped out of a new documentary on sex work following ‘outrage’ over her participation.

The Orange Is The New Black star signed on as an executive producer on Sarah Jones’ upcoming documentary Sell/Buy/Date, based on her play of the same name, alongside Meryl Streep and Rashida Jones.

In the one-woman play, Jones played a number of characters involved in sex work, who were inspired by real people.

The documentary is set to explore ‘how the sex industry sits at the intersection of race, feminism, power and economics in our current cultural climate’, and asks whether sex work is ‘exploitative or empowering’.

However, after the project was announced, it was criticised by sex workers and sex worker rights activists.

Women in the industry accused Sell/Buy/Date of talking about sex work without consulting any sex work professionals, contributing to the stigma surrounding sex work, and asking the ‘same old questions’ rather than asking sex workers how their lives and careers can be made safer.

After the backlash, Cox, 48, confirmed that she was no longer involved in Sell/Buy/Date.

She said: ‘When I agreed to come on as executive producer of Sell, Buy, Date, I did so because I was so deeply moved by Sarah Jones’ brilliant play and her unbelievable, undeniable talent as an artist, as an actor. I signed on to support her incredible talent. I have so much love for her as a human being.

‘But I am not in an emotional place to deal with the outrage by some around my participation in his project. So I have decided to pull out.

‘To be clear, I am no longer involved in any capacity in “Sell, Buy, Date”, I have to take care of my mental, physical and emotional health. That is all I have to say on the matter.’

While many welcomed Cox’s exit, others criticised her ‘non-apology’ and asked her to stand up for sex workers rather than leaving the project because of backlash.

The actress responded with a clip of herself in 2014 talking about the need for decriminalisation of sex work, and how sex work needed to be addressed when discussing the experiences of trans women of colour.

Jones thanked Cox, saying: ‘I’m so grateful to you Laverne for coming on the journey with me thus far, and I’m looking forward to continuing my work on the film, and only ask that everyone give Laverne her space while keeping an open mind about the project before judging it.’

The filmmaker also addressed ‘concerns how folks currently in the sex industry will be represented in my film’.

In a statement, she wrote: ‘As a Black feminist artist, I have always centred the stories of traditionally marginalised people, especially women and femmes struggling for liberation and self-determination. My sisters in the sex industry are no exception.

‘I am committed to deep listening to folks with lived experience, not only in my interviews, but also in those we hire behind the scenes.’

Much of the criticism about Sell/Buy/Date involves Meryl Streep and Rashida Jones coming on board as executive producers.

Oscar winner Streep has publicly advocated for SESTA/FOSTA, the 2017 anti-online sex trafficking legislation that sex workers argue puts them at increased risk by removing safeguards like online platforms, which let them vet clients.

Meanwhile, Parks & Recreation star Jones is the producer behind the 2015 film Hot Girls Wanted and its 2017 Netflix spin-off series, which were accused of conflating consensual sex work with sex trafficking and reportedly persuaded sex workers to appear in the documentary under false pretences.

Some sex workers claimed they were outed for their profession without their permission and doxxed when the docuseries published their Facebook photos; the team behind the show denied that they breached any ethical boundaries and claimed fair usage.

MORE : Jimmy Fallon was once booed by Brits for being American during stand-up gig in London

What to binge in lockdown: Here are the new shows to get excited about