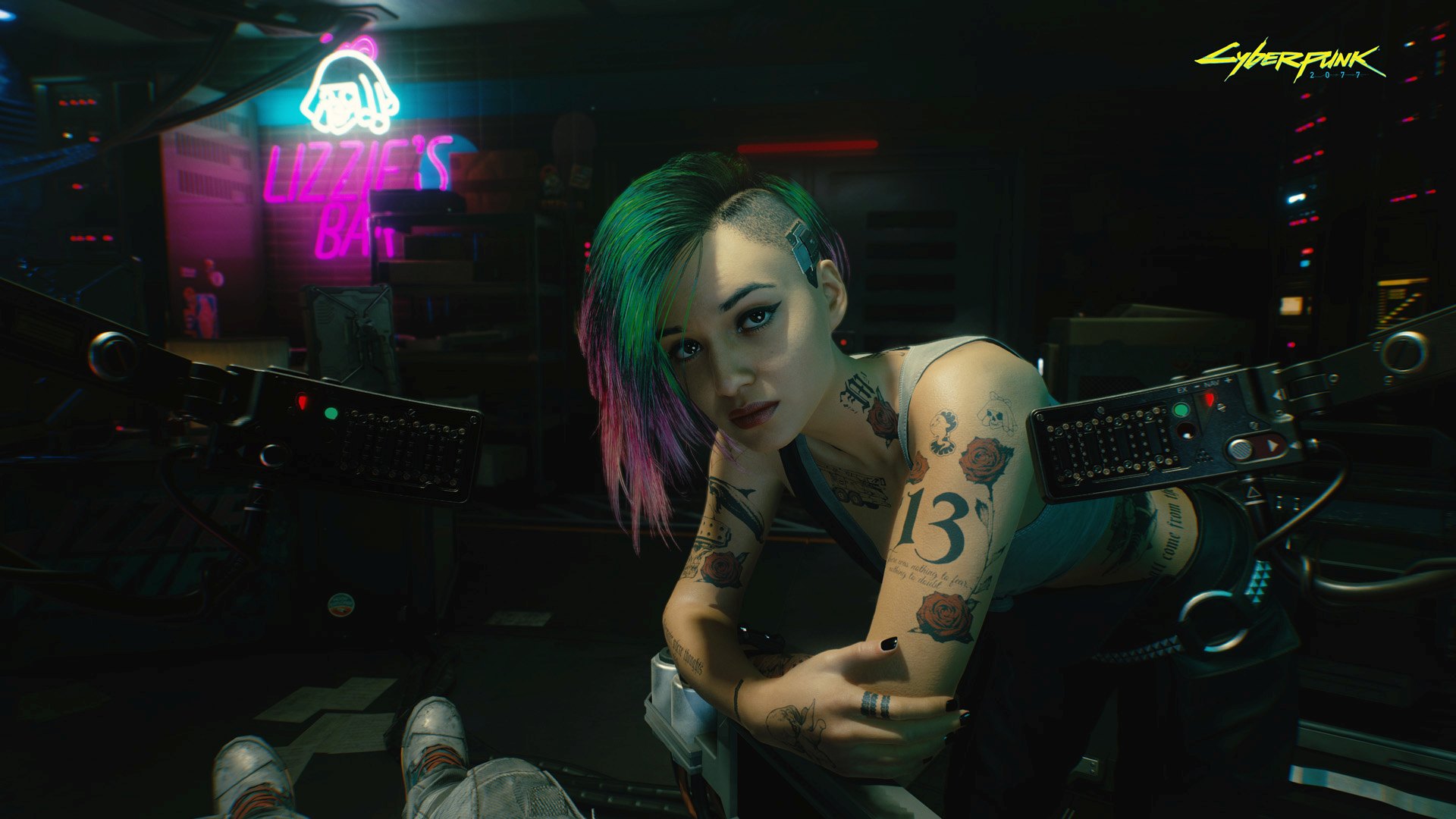 The Friday Inbox is uncomfortable with Microsoft’s attitude towards buying games companies, as one reader calls for the return of Kinect.

To join in with the discussions yourself email gamecentral@ukmetro.co.uk

Perfect storm
Notice how no-one is talking about Cyberpunk 2077 anymore? I didn’t buy it in the end, as I only have an Xbox One S, and now I’m not even sure I’ll get it when I upgrade to the next gen. What a complete, absolutely perfect disaster.

The scariest thing for CD Projekt must be the fact that the game has disappeared from the physical sales charts and is rapidly falling on Steam (and presumably PSN and Microsoft, if only they released any figures). I know it can’t be considered a flop based on the pre-orders but if you take them out of the picture then it totally is, as far as I can see.

People are hoping that Cyberpunk 2077 will mean that games will no longer be released in a broken state but I wonder if it is finally going to put people off pre-ordering as well. In this digital age I don’t see a single reason for it and it clearly influenced CD Projekt to just think, ‘Sod it, we’ve got the money already, let’s just throw the game out as it is now and fix it later’.

Without all the pre-order money that would’ve never happened and we really need to stop giving companies the encouragement to rip us all off.
Clarky

There are dozens of us
I would like to see haptic feedback and adaptive controllers on the new Xbox Series X/S. Without this next gen feature I probably won’t be buying the new Xbox. I speak for millions.

And I’m also asking for a new type of Kinect for party games and workouts, or Move like PlayStation 3 for bowling games. And maybe VR as a third option. Without these features PlayStation 5 gas it hands down even without trying… complete the console features. Don’t take away, just add!
Andy Panai

GC: A new kind of Kinect? We think you’re going to find it difficult getting anyone else on board with that.

Starting over
Judging by the comments I’m not the only one that found that story about Microsoft trying to buy up the entire games industry to be really gross. I don’t like to think of myself as a fanboy, and have no strong opinions about Xbox either way, but deciding to enter an entirely new industry just buy flashing your wallet around seems very destructive to me.

Sony are a big company too, not as big as Microsoft but they built up their involvement mostly on their own and we’ve seen how their first party studios have become better and better over the years, to the point where they hit a critical mass of excellence last gen (and hopefully this gen!).

Microsoft has been in gaming for two decades now and they’ve basically got nothing to show for it. They’ve have had to start all over again this gen, buying Bethesda and all the others. That’s totally on them and strip-mining the rest of the games industry just to keep up with Sony is not something I want to see.

If you read the original Bloomberg article you see that the reason they didn’t buy Midway is that they didn’t need their PR and marketing teams. That’s going to be the case with Bethesda and all these other companies too, probably across multiple departments, which means lots of redundancies.

It all feels like the equivalent of some rich kid coming across a free-to-play game, or FIFA Ultimate Team, and spending all their money (which means nothing to them) to instantly become unbeatable to anyone. I don’t like it and to be honest it makes me root more for Sony.
Austin

E-mail your comments to: gamecentral@ukmetro.co.uk

Bethesda Wars
I’m sure I’m not the only one whose mind gets boggled every time they find out Microsoft paid $7.5 billion for Bethesda. That’s almost twice what Disney paid for Star Wars, which seems madness to me.

Skyrim is 10 years old this year and to my mind Bethesda hasn’t done anything anywhere near as good since, and even that was a janky mess not much better than Cyberpunk 2077 today. Fallout 76 was an absolute disaster, that looks like some low budget indie game, and the best Fallout is still the one that Obsidian made – a company that Microsoft already owns.

All of Bethesda’s best games are done by their smaller developers, like Arkane and MachineGames, and they don’t sell anywhere near as well, so I really do fail to see what Microsoft bought them for.

They have though, so now we have to endure years of them pretending Bethesda are one of the best developers in the world and always have been. That’s definitely not how I see it.
Neumon

Harshly fair
RE: Nack. As someone who first tried Demon’s Souls at a PlayStation event on PlayStation 3, and was utterly confused as to what just happened, I relate to your anxiety in trying it out.

I avoided all these games ever since.

However, with Bloodborne free in the PS Plus Collection for PlayStation 5 owners I decided to give that a go, as I always loved the artwork in it.

Here’s my advice: try that first, as whilst not exactly the same you will get an idea of if it’s your kinda thing.

These are not games you can play half an hour or hour here and there, you will die… a lot. It will make you want to tear your hair out in frustration, you will feel it’s unfair, it tells you almost nothing about how the game works and you have to figure it out or Google it yourself. But you will improve and you will realise it’s perfectly fair in its harshness.

I was so frustrated, but so addicted and determined to keep going, which is not a bad thing.

I ended up having to stop playing the game, as I am in middle of playing Spider-Man: Miles Morales and don’t have time to give to it, but I will be coming back at later stage and will dedicate my full attention to it.
Kiran

Cyberpunk alternative
I just yesterday bought the deluxe edition of Deus Ex: Mankind Divided on sale for £5.99 on the Xbox One store, after having ignored it because the boss fights in the previous game ruined my stealthy playing immersion.

All I can say is that for a four year old game it looks better than Cyberpunk 2077 does on my Xbox One S, I’m rather enjoying it.
Zombiekicker

World of colour
I thought I’d also write in and add my own praise for Immortals Fenyx Rising. I started playing last night, after growing weary of Assassin’s Creed Valhalla after 25 hours, and the thing that immediately struck me was the vivid colour!

I seem to have been playing games with such a bland colour palette for so long! I’m fairly early in, having only played through the prologue and a couple of hours beyond that, but so far I am really impressed and I’m actually looking forward to playing it again tonight. I love the platform/dungeon sections and it’s nice to have a bit of humour in a game too!
Rickandrolla (PSN ID)

Alternative gifts
Gratefully received a traditional Amazon £30 gift card from a family member at Christmas, which I traditionally spend in the PSN sales on a recent game that’s been discounted.

I had my eye on Immortals Fenyx Rising for £36. But after I requested a refund for Cyberpunk 2077 I decided to use that money on Immortals. Still haven’t heard a peep from Sony regarding that refund mind. From the little I can gather no one has received a response when requesting a refund via the official refund page, It’s getting a bit silly now to be honest.

Immortals is really good. I have just over 50 hours playtime and still enjoying myself. It’s not a particularly hard game and follows the Ubisoft formula, so if that’s not your jam then stay clear. But the cheesy cast and humour, satisfying combat and puzzles are an enjoyably diverting mix. I really like the colourful graphics too and the sense of scale of the game world. It a very enjoyable game world to potter about in and explore.

In the end I decided to go for 13 Sentinels: Aegis Rim. A sci-fi narrative heavy, side-scrolling adventure with some real-time strategy bits. It looks gorgeous and people keep saying it’s got a great plot and story and is the main reason I bought it. It’s not often I get really caught up in a game’s plot and characters but when I do it’s a real joy: To The Moon, Wolfenstein: The New Order, The Last Of Us 2, and God Of War to name a few. I’m hoping 13 Sentinels will provide a riveting sci-fi yarn as I do like one of those.
Simundo

GC: That’s a good call, the storytelling in 13 Sentinels is surprisingly good.

Inbox also-rans
At first I thought a new Tenchu would be a good idea, but Acquire have had multiple attempts at a new game over the years, so I’ve actually got little faith they’d do any better on the PlayStation 5.
Cubby

Did anyone see the footage of the US yesterday and think of The Division 2? A lot of the images seemed weirdly similar, except with much less healthy-looking bad guys.
Pendergast

This week’s Hot Topic
As the first Hot Topic of the new year, the choice of subject matter for this weekend’s Inbox is pretty obvious: which game are you looking forward to most in 2021?

If you’re not sure what’s likely to come out, you can find our list of upcoming titles in our preview of 2021. You can also suggest other games but only if there’s good reason to expect them to be released this year (so no Half-Life 3 or Elder Scrolls 6).

E-mail your comments to: gamecentral@ukmetro.co.uk

The small print
New Inbox updates appear every weekday morning, with special Hot Topic Inboxes at the weekend. Readers’ letters are used on merit and may be edited for length.

You can also submit your own 500 to 600-word Reader’s Feature at any time, which if used will be shown in the next available weekend slot.

‘The Bachelor’: A Frontrunner Breaks Up With Matt James After Drama With ‘Cruel and...