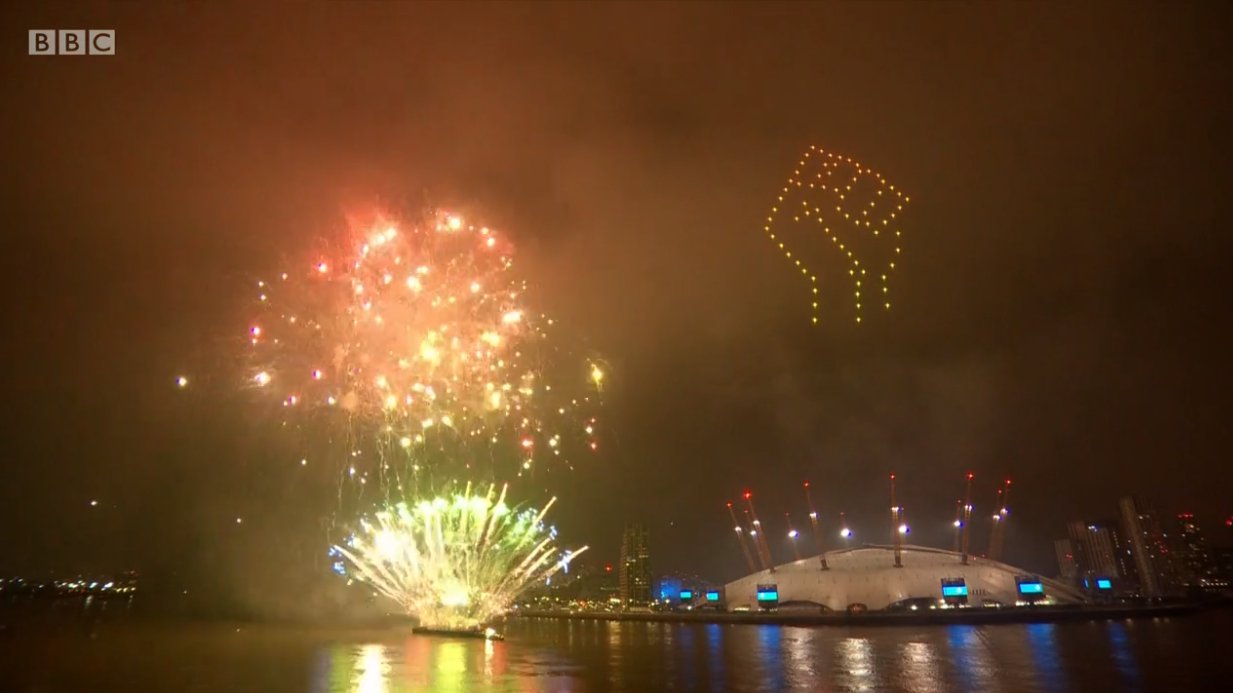 The BBC has been hit with 500 complaints from viewers over its Black Lives Matter tribute in the televised New Year’s Eve fireworks display.

It said it received 500 complaints about the Happy New Year Live! programme.

As Big Ben rang out to signal the start of the New Year, the drones formed a giant 2021 and fireworks went off by the Millenium Dome.

During the broadcast, viewers watched as drones were also used to create the clenched-fist symbol in the sky.

The symbol became linked with the Black Lives Matter movement amid the worldwide protests which followed the death of Minnesota man George Floyd in police custody in May.

At the beginning of the display, a male voice could be heard reciting a poem that began: ‘In the year of 2020 a new virus came our way. We knew what must be done, and so to help we hid away.

‘Old habits became extinct and they made way for the new. And every simple act of kindness was now given its due.’

In a nod to some of 2020’s failures, the drones also poked fun at the year’s endless Zoom calls, creating the words ‘you’re on mute’ above the giant image of a microphone turned off.

The display also featured the sound of the British public applauding NHS workers, clips from national news reports, and music by Stormzy and David Bowie.

Captain Sir Tom Moore, who raised millions of pounds for the NHS by walking in his back garden, was among those honoured.

It ended with Sir David Attenborough calling for people to work in 2021 to help our ‘fragile’ planet.

The 10-minute show used more than 300 drones which were flown around the Millenium Dome after the annual fireworks display at the London Eye was cancelled.

Metro.co.uk has reached out to the BBC for further comment.

MORE : How is Kate Garraway’s husband Derek Draper now amid his coronavirus battle?

MORE : Death in Paradise viewers baffled after show changes theme tune: ‘What on earth have you done?’

Rebel Wilson forced to change her name to Mel at school

‘If anyone tells you a date they’re using a crystal ball’: When can we...