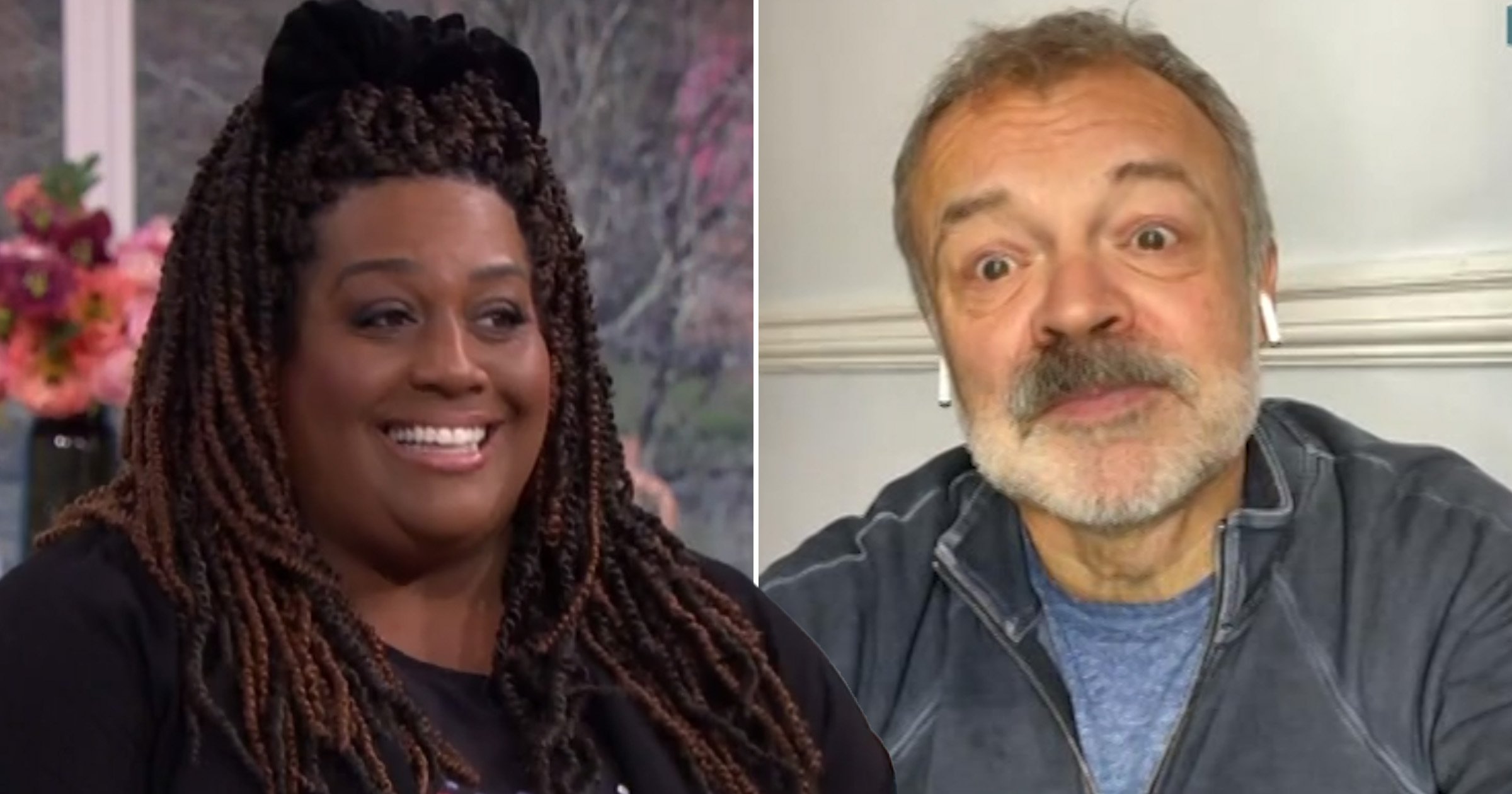 Alison Hammond made an awkward gaffe during her first stint on the Friday slot of This Morning with Dermot O’Leary, asking Graham Norton about his dog. His dead dog.

Today, Alison and Dermot hosted their first Friday on the ITV programme since taking over the role from Ruth Langsford and Eamonn Holmes.

During the show, Alison and Dermot welcomed Graham over video chat to discuss his move to Virgin Radio and the upcoming second series of RuPaul’s Drag Race UK.

As their interview began, Alison recalled the last time she saw Graham, telling him: ‘Do you know what, I miss you. I love you.’

‘The last time I saw you you were with your dog, out and about,’ she said.

Informing Graham that she’s ‘just been told I’m going to get a four-legged friend’ – a prediction given to her by a woman who claims to have the ability to see the future using asparagus – Alison asked him: ‘Have you still got your dog?’

‘No. Dead,’ he responded curtly.

As Graham burst out laughing, clearly not offended by Alison’s accidental mishap, Dermot put his head in his hands.

Despite the awkwardness of the moment, several This Morning viewers found the exchange absolutely hilarious.

‘This has made me howl with laughter,’ one Twitter user said.

Another said that they were ‘obsessed’ with Alison’s innocent blunder, stating: ‘True first day vibes.’

‘Alison and Dermot’s first episode was already iconic and this moment just really proves why they’re so perfect for the job,’ someone else remarked.

‘I spat out my tea!’ another fan commented.

While watching Alison and Dermot’s first Friday show, several viewers praised the duo for being ‘uplifting’ and ‘refreshing’, with one person stating that they are ‘much needed as we start this crazy 2021’.

‘Alison Hammond and Dermot O’Leary are a JOY I’m so glad they’re now presenting every week,’ another fan said.

MORE : Alison Hammond and Dermot O’Leary praised for being ‘refreshing’ after taking over Eamonn Holmes and Ruth Langford on This Morning

Five French views to savour in 2021

11 women on how they’re handling loneliness in Lockdown 3