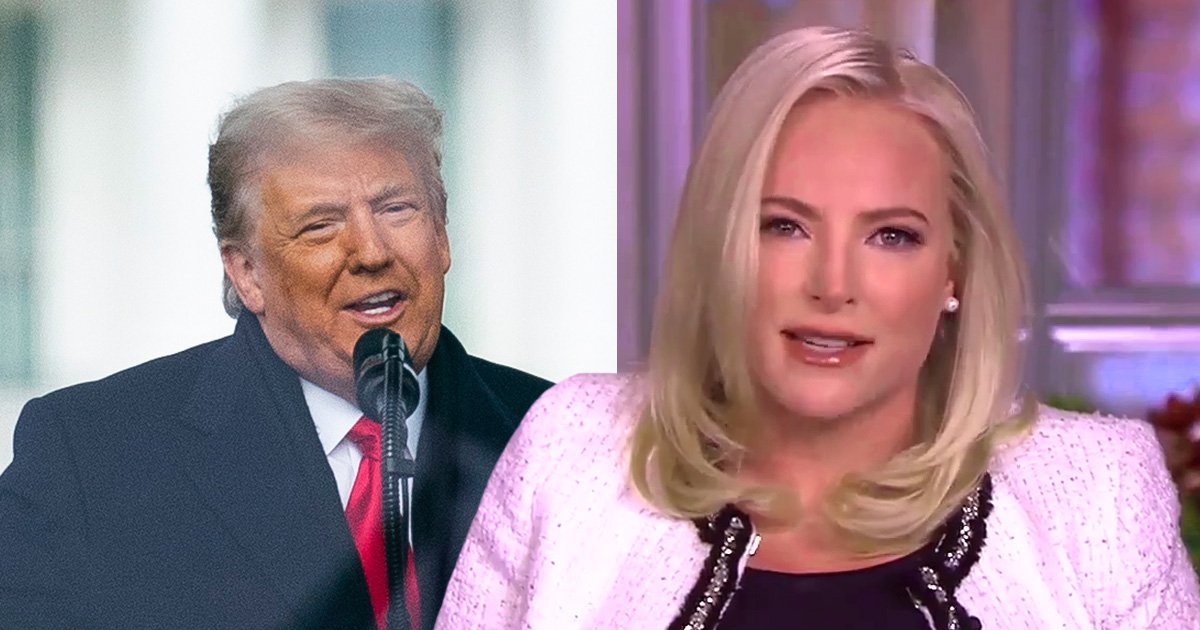 Speaking candidly the morning after the shocking events, the daughter of late Arizona senator John McCain made an impassioned plea for her fellow Republicans to ‘invoke the 25th amendment’.

The 36-year-old stated: ‘This is one of the great national tragedies of my lifetime. This one of America’s darkest days. I have been absolutely despondent watching this. I’m here in D.C. as everyone knows.

She continued: ‘The bedrock of our democracy and the bedrock of who we are as Americans is the peaceful transition of power. And he is clearly a president who has turned into a mad king.

‘And at this point, I’m calling on Republicans and conservatives who have clout: We have to invoke the 25th Amendment. We cannot withstand this. Our country cannot go on like this. And we cannot possibly risk the idea that we could have more violence between now and President Biden getting elected and inaugurated.’

The 25th Amendment was created to provide procedures for replacing a president or vice president in the event of death, removal, resignation, or incapacitation. Vice President Mike Pence would become acting president if invoked, until Biden’s inauguration.

The new mother became more impassioned as she called the rioters ‘b*****s’ who were ‘using the American flag as symbols as they are attacking our own republic, the same flag that our veterans at Iwo Jima held after World War II.’

Meghan claimed the agenda had been ‘sent’ by Trump – who told protesters he ‘loved’ them – and she then called out his daughter Ivanka Trump for calling rioters ‘patriots’ in a since-deleted tweet.

Meghan stated: ‘You are not patriots, you do not represent America. You are scum of the earth who are using and abusing and bastardizing all that I love and have grown up with for your own sick agenda.’

She concluded: ‘The final words I want to say on the show this morning, in the words of Oliver Cromwell, in the name of God, go, go. We cannot take this anymore.’

Her comments came after Today’s Jenna Bush also spoke out about the Trump-supporting rioters who stormed the Capitol building in an attempt to stop the certification of Joe Biden as the next President of the United States.

Four people died at the riots, including one woman who was shot dead, and there have been several calls for Trump to be impeached following the chaos.

MORE : Today’s Jenna Bush Hager gets emotional as she reacts to Capitol riots: ‘This is not the America I know’

MORE : Jamiroquai star Jay Kay says he ‘wasn’t with all those freaks’ as MAGA comparison trends on Twitter after Capitol riots

Jamie Lynn Spears insists she ‘didn’t run over any cats’ as she clarifies Tesla...

Melania Is Celebrating Her “Be Best” Campaign, Even Though It Was The Worst