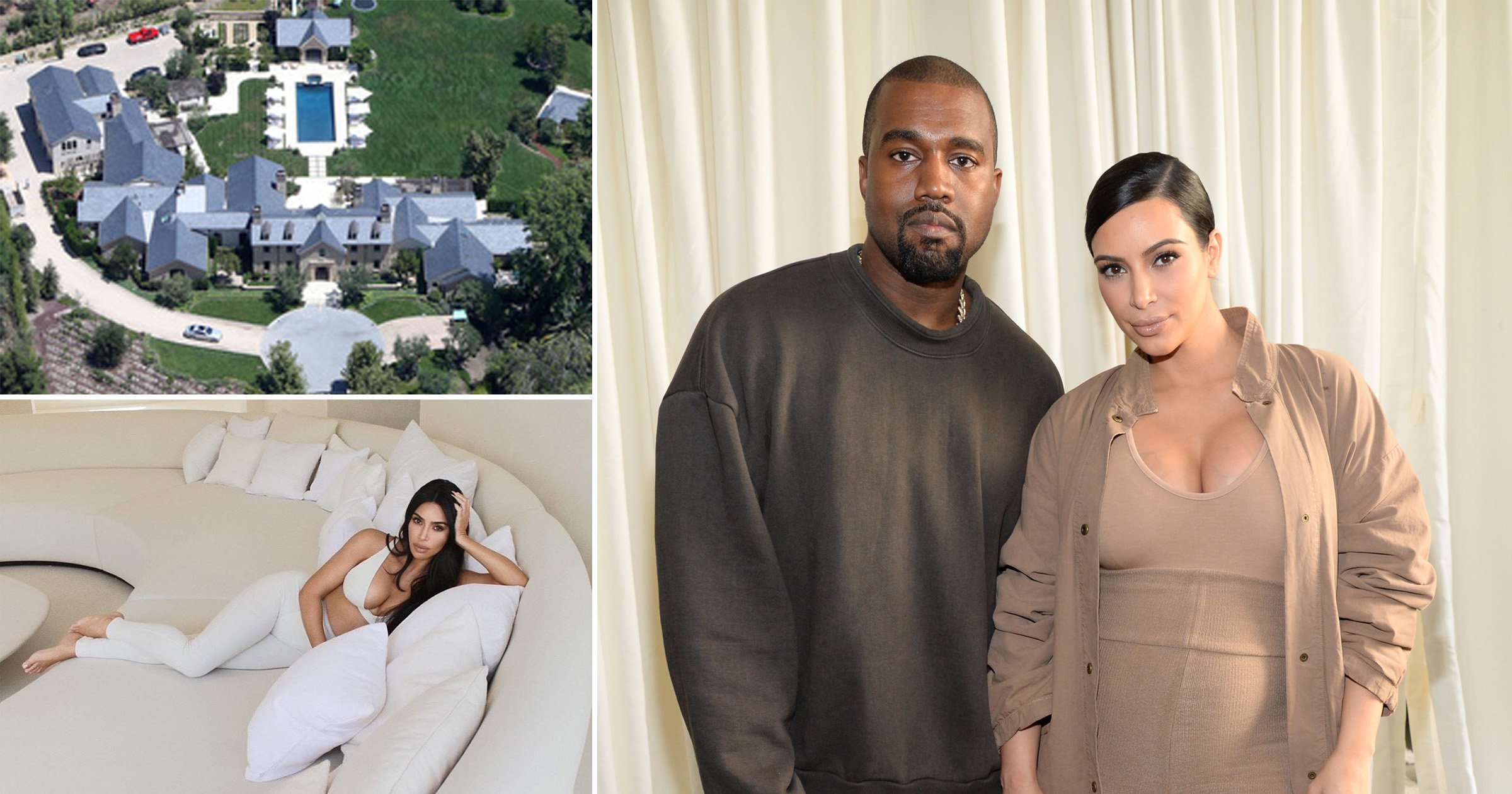 Kim Kardashian and Kanye West are reportedly heading towards a divorce after six years of marriage.

The couple are thought to be trying to finalise a settlement, but their $60 million (£44 million) Calabasas mansion could be a sticking point.

Sources have said that Kim is determined to keep the house, as it’s where the pair have raised their children – North, seven, Saint, five, Chicago, who turns three next week, and Psalm, 19 months.

An insider told Page Six: ‘Kim is trying to get Kanye to turn over the Calabasas house to her, because that’s where the kids are based and growing up. That is their home.

‘She owns all the land and adjoining lots around the house but Kanye owns the actual house. They’ve both put a lot of money into renovating it.’

Another source told the publication that divorce settlements have begun but the pair have not yet decided how their properties will be split.

The couple are thought to have spent another $20 million renovating it, with it now being worth a reported $60 million.

Kim told Architectural Digest of when they first saw it: ‘We passed by this incredibly extravagant house while strolling through the neighbourhood.

‘I didn’t really know Kanye’s style at that point, but I thought the house was perfection. Kanye was less enthusiastic. He said, “It’s workable.”‘

The Keeping Up With The Kardashians star has often given fans a glimpse inside, showing off elements like her minimalist decor, walk-in fridges, and absolutely baffling sink situation.

The house has hosted parties, family meals, and plenty a selfie, with Kim often sharing scenes from the mansion on social media.

There is absolutely no clutter in the house, with the very white and very clean pad being completely organised, down to the organic pantry.

Meanwhile, marble is absolutely everywhere, with arches marking the entrance to the rooms instead of doors and the home featuring high moulded ceilings.

There are plenty of sculptures, with one room simply displaying a huge round sofa, with a coffee table in the middle.

Of course, it has a gorgeous pool – although Kim previously admitted that she’s never used it. Here’s hoping she’s made the plunge since!

Naturally, the children have an amazing playroom, filled to the brim with every toy imaginable

Despite fans often joking about the pair’s decision to go for such a minimalist look, Kim and Kanye are very aware of it too, with the rapper previously addressing the design.

The I Love It hitmaker previously joked about the bareness of his mansion, tweeting a picture of the empty hallway and writing: ‘Do this look like the sunken place,’ referencing the horror movie Get Out.

We wouldn’t quite go that far – but it’s definitely an interesting look.

Earlier this week, it was reported that Kim and Kanye are getting divorced, with the reality star keen to focus on her career and taking the bar exam to become a lawyer.

They have been married since 2014, when they tied the knot in a lavish ceremony in Italy.

Metro.co.uk has contacted reps for Kim Kardashian and Kanye West for comment.

HSMTMTS star Joshua Bassett rushed to hospital for surgery: ‘The worst pain of my...

Duchess of Cornwall’s new book club: The titles to add to your collection (OLD)