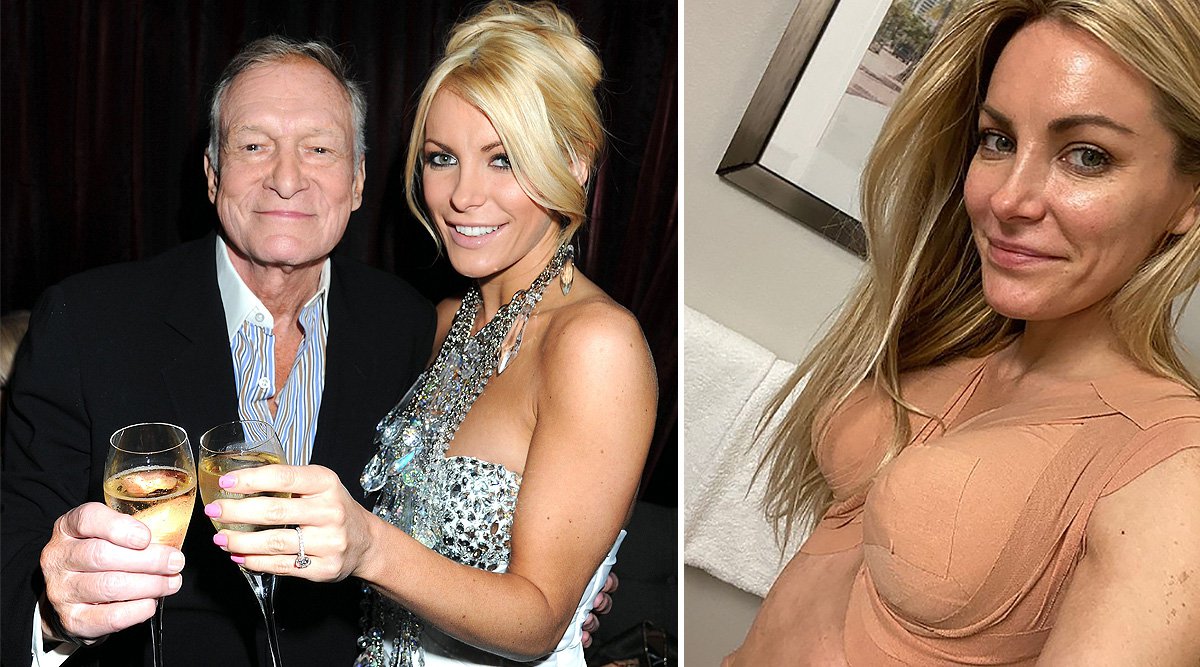 Crystal Hefner has revealed she ‘nearly didn’t make it’ after complications during a recent plastic surgery procedure.

The 34-year-old widow of Playboy founder Hugh Hefner took to Instagram on Wednesday to open up about the scary moment.

She shared a selfie post taken in the hospital, showcasing the bandaging on her chest.

In a lengthy post, she explained: ‘I had a fat transfer surgery October 16 and almost didn’t make it through. I lost half the blood in my body and ended up in the hospital needing a blood transfusion. I’ve been slowly eating my way back to health since then and I am now finally feeling ok.⁣
⁣
‘I advocate for being natural since I got very ill and removed my implants and everything else toxic in my body in 2016. I should have learned my lesson the first time but I guess the universe keeps sending you the same lesson until you learn it.’

The former Playboy playmate candidly continued: ‘⁣Our culture is a trap and makes women feel terrible about themselves. Movies (84.9% directed by men) make it worse. Social media makes it worse. Advertisements make it worse. Physically fake people make it worse (I was one of them).⁣

‘How our culture defines beauty makes it impossible to keep up with. Women are overly sexualized. I know from the worst kind of experience. For ten years my value was based on how good my physical body looked. I was rewarded and made a living based on my outer appearance.’

Crystal added: ‘To this day I need to write reminders of why I’m worthy that have nothing to do with my physical appearance to convince myself that I’m enough. ⁣

‘I feel sorry for the next generation looking up to people whose looks aren’t even attainable without lots of filters, makeup, or money and women need to stop feeding into it.’

She concluded the statement: ‘This is a huge slap on my own wrist for caving into this pressure, even now in my 30’s – as I thought I would have learned my lesson by now.’

In 2016, Crystal said that she removed her breast implants because they had “slowly poisoned” her and caused debilitating illnesses.

Hugh and Crystal got hitched in 2012 after initially calling off their engagement a year before.

If I Had COVID-19, Should I Still Get Vaccinated?