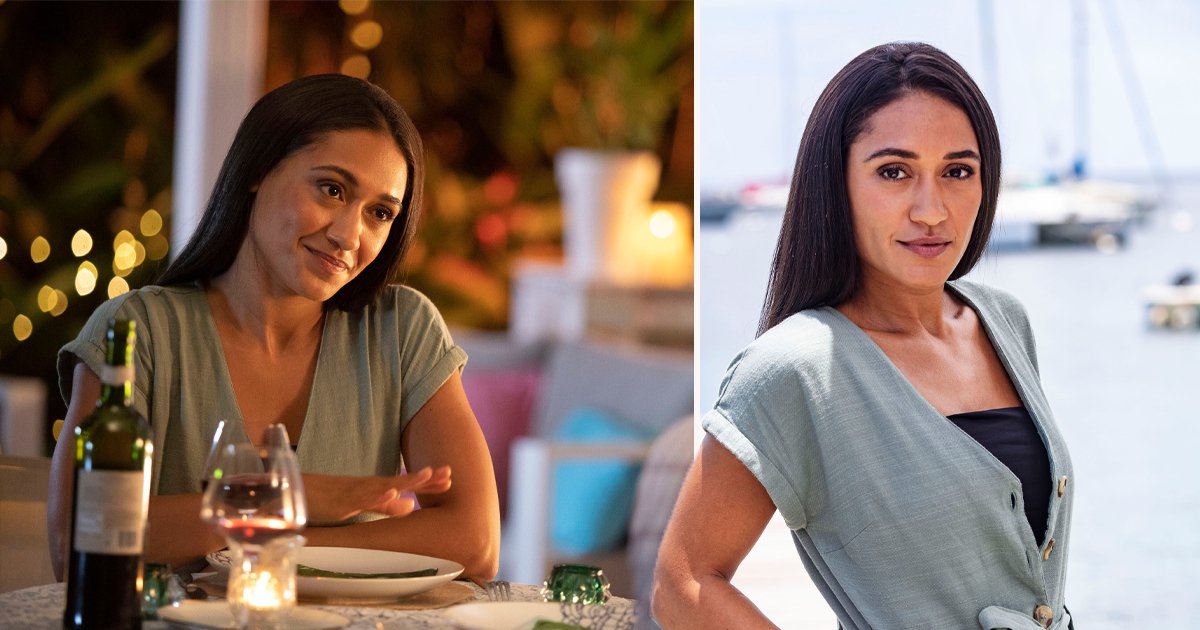 Death in Paradise is finally back on our screens tonight and will see the return of much-loved character D.S Florence Cassell (Josephine Jobert).

The last we saw of Josephine’s character was when she decided to leave the police force following the death of her fiancé.

However, in series 10 Florence is back and she finally gets to meet highly-strung detective D.I. Neville Parker, who is played by Ralf Little.

But, how will she cope with his…odd tendencies?

Speaking about her return, Josephine explained to Metro.co.uk and other press that it took her ‘a few weeks to think about it’.

‘First of all, when they (producers) called me to ask me about the show, I wasn’t expecting it at all,’ she began.

‘It took me a few days, maybe a few weeks to think about it and give them my decision.’

Josephine went on to add that she isn’t sure whether she will be back for the next series.

‘They asked me only for one series then they were like, “No rush, no pressure, one series at a time”,’ she continued.

Florence’s return is not the only major change that’s happening in the force – with Shyko Amos and Aude Legastelois-Bidé leaving their roles as Ruby Patterson and DS Madeleine Dumas respectively.

There will also be a new face, with Tahj Miles causing havoc as petty criminal Marlon Pryce.

And, if that wasn’t enough, Ben Miller’s character DI Richard Poole will also be making a shock return after he was killed off in series three.

Sara Martins will also be reprising her role as D.S. Camille Bordey.

Death in Paradise airs at 9pm on BBC One.

MORE : Where is Death in Paradise filmed?

When will beauty salons reopen? Here’s everything you need to know

The 369 Manifestation Method Is Going Viral On TikTok. Here’s How To Do It