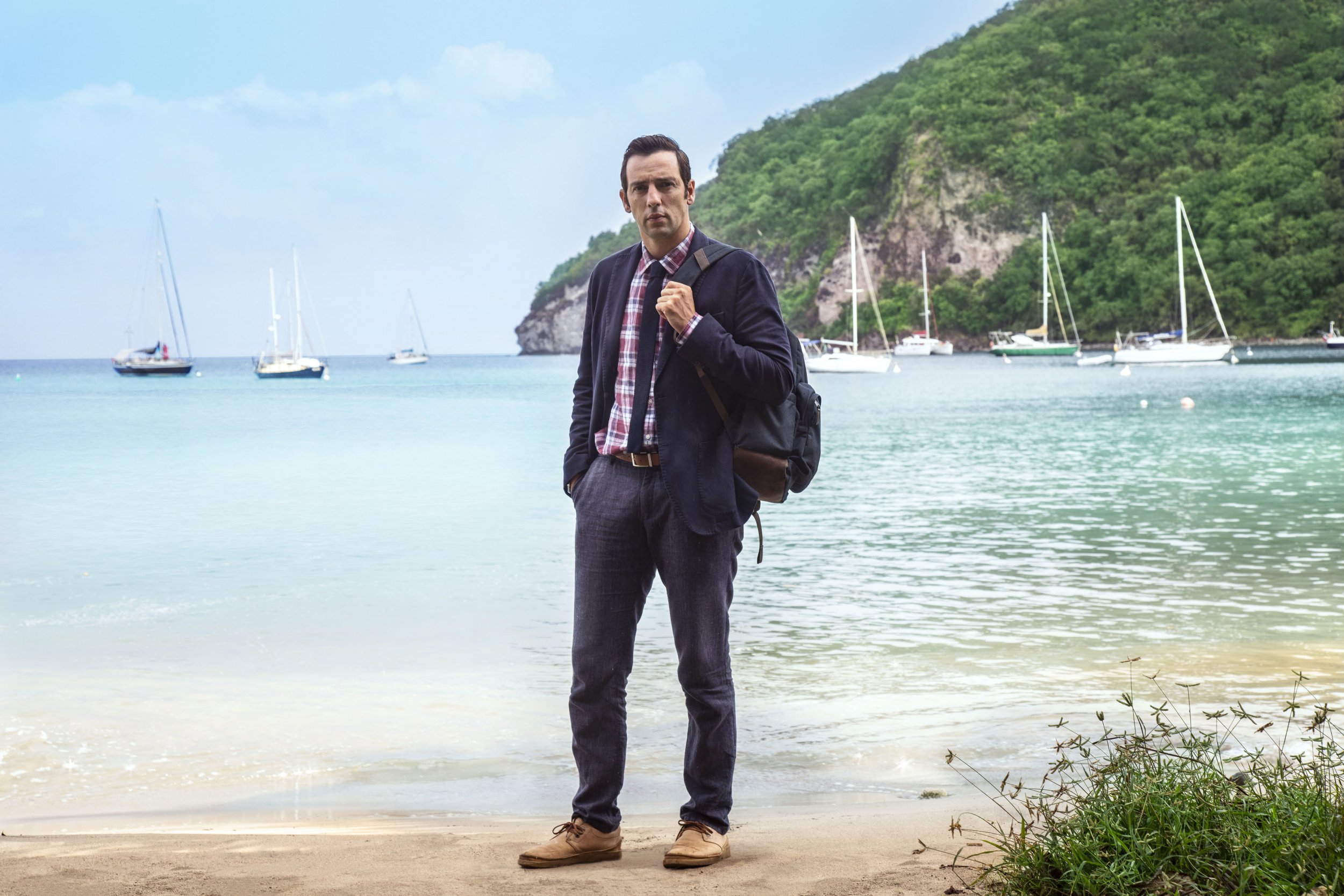 Speaking about the cases Neville has to solve in season 10, Ralf told Metro.co.uk and other press: ‘They are tricky, winding, enigmatic and mysterious as always and as one would hope from a murder mystery.

‘Every time I read a new script I try and guess who the murderer is and I’ve never once managed yet.’

Ralf went on to speak about the ‘interesting’ locations they filmed each of the murders in Saint Marie.

‘I think the locations are interesting,’ he continued.

‘There’s some fascinating ones to get my teeth into, for us all to get our teeth into.’

Bosses have made a few major changes to the BBC drama this year including seeing the return of DS Florence Cassell (Josephine Jobert).

Florence’s return is not the onle change – with Shyko Amos and Aude Legastelois-Bidé leaving their roles as Ruby Patterson and DS Madeleine Dumas respectively.

There will also be a new face, with Tahj Miles causing havoc as petty criminal Marlon Pryce.

And, if that wasn’t enough, Ben Miller’s character DI Richard Poole will also be making a shock return after he was killed off in series three.

Sara Martins will also be reprising her role as D.S. Camille Bordey.

Death in Paradise airs on Thursday at 9pm on BBC One.

MORE : What time is Death in Paradise on and who is in the cast?

‘The Masked Dancer’: Cricket Gets Squashed in Group A Playoffs — See Who Was Under the Mask

Simon Rimmer on grilling celebrities for his podcast and the beauty of a dirty...