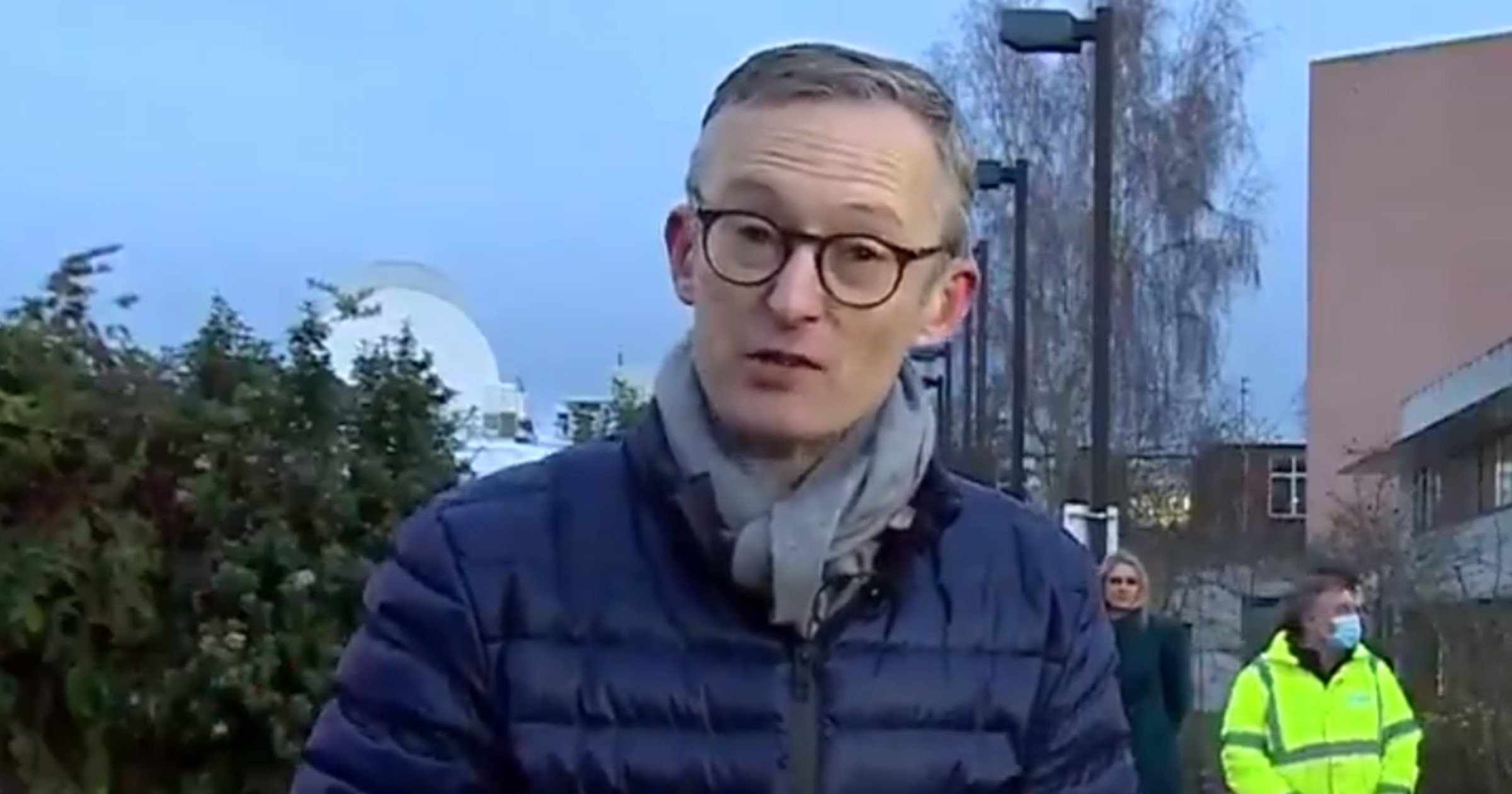 On Monday’s show, Mr Walsh had been discussing with nurse Sam Foster how quickly the Oxford-AstraZeneca jab would be deployed across the UK using an army of volunteers including cabin crew.

‘Now, an army of vaccinator volunteers have been signing up to do this,’ the presenter said. ‘How difficult is it to do the immunisation? I’ve been told people like cabin crew have signed up to do this?’

‘The cabin crew will be helping more with patient flow and guiding people through the process,’ Ms Foster explained. ‘It will be people who are trained vaccinators with healthcare backgrounds who will be giving the vaccine.’

Mr Walsh replied: ‘Okay, so it won’t be someone who is normally serving me my meal who will be doing it?’

Many viewers were upset by Mr Walsh’s comments and complained his comment was ‘dumbfounded’.

‘I am crew and had been working during the pandemic in the summer in A&E volunteering for the NHS,’ wrote one. ‘Along with my St John training and my crew training. We are trained to very high standard. Ur comment was dumbfounded! This is why the general public have such disrespect for us!’

Another stated: ‘Furious about your comment this morning..was cabin crew for BA for 24 years and do way more than just serve meals! Trained in Aviation medicine inc CPR and emergency procedures! I hope many crew apply for vaccinator role and are not put of by your and comment!

Hours after he made the comment on BBC Breakfast, Mr Walsh penned a statement of apology.

‘Sincere apologies to cabin crew,’ he wrote on Twitter. ‘I know they do a lot more than “serve food” and play a vital role in all aspects of a flight.

‘I really didn’t mean to minimise or be dismissive of them on Breakfast. I’d be very happy to be immunised by anyone who’s had the training.’

Responding to the apology, one said: ‘Thank you for your apology. At a time when a lot of crew are really struggling with the decimation of their industry, we need support, not belittling.

‘We have a tough time without it being added to. We look forward to assisting the fight against the pandemic as and where we can.’

The BBC has addressed the complaints and pointed out Mr Walsh’s apology on social media.

Defending him, they wrote: ‘Our Medical Editor Fergus Walsh was exploring how quickly the Oxford-AstraZeneca vaccine would be rolled out across the UK using an army of volunteers including cabin crew.’

BBC Breakfast airs weekdays from 6am on ITV.

21 trips for 2021: An alternative bucket list to beat the crowds after Covid