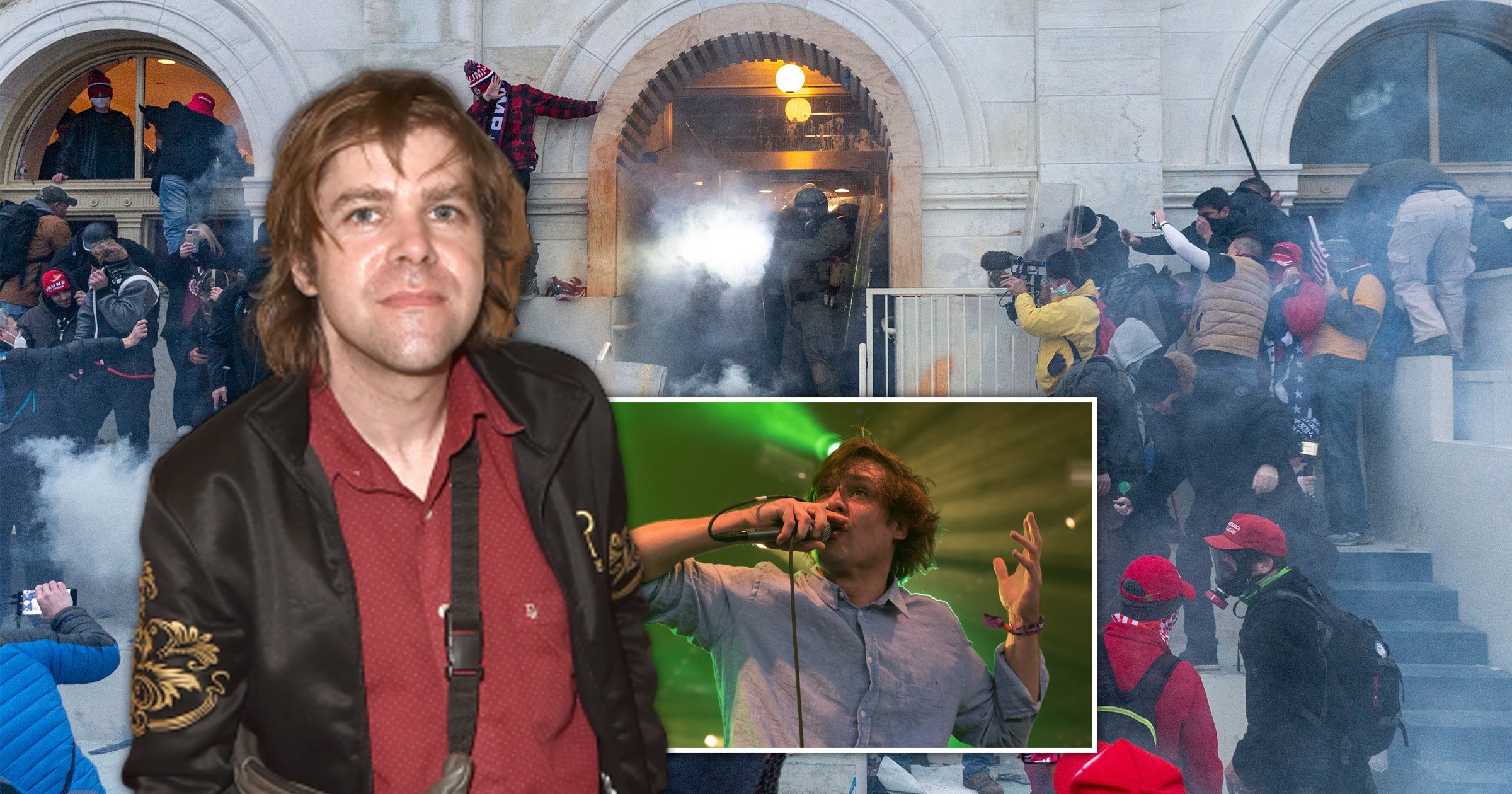 Ariel Pink said that he attended the riots at the Capitol building to ‘peacefully show [his] support for the president’.

Following the shocking scenes in Washington DC last night, as Trump supporters breached the Capitol building and stormed the Senate floor in an attempt to stop the confirmation of Joe Biden’s election win, it emerged that musicians Ariel Pink and John Maus were in attendance at the protest.

A picture from the Instagram account of director Alex Lee Moyer, in which she sat on what appeared to be a hotel room bed with Maus and Pink, was shared on social media, and seemed to confirm they had attended the Capitol protests.

The post was tagged in Washington DC, with Moyer captioning it: ‘The day we almost died but had a great time instead.’

Moyer, who is private on Instagram, also shared a story showing Maus, 40, on the lawn, surrounded by protesters.

Music fans were dismayed to see the two indie stars at the riots, with one tweet reading: ‘Ariel Pink and John Maus were at the coup attempt last night and my inner 2000s indie kid was not prepared for this kind of heartbreak first thing in the morning.’

Others suggested that Maus and Pink could have been working on a documentary about the protest, seeing as they were accompanied by documentary filmmaker Moyer.

The pair previously contributed music to Moyer’s documentary TFW No GF, which was heavily criticised for claiming that ‘incels’ (involuntarily celibate) were misrepresented by the media and failing to cast judgement on any of the young white men in the documentary who had made violent jokes and threats on the internet and to provide other opinions from experts or family and friends.

However, Pink, 42, later confirmed that he had been in attendance to support Trump, although denied taking part in the breach of the Senate.

Responding to a post about Moyer’s photo, which read: ‘proof that both @JOHNMAUS@arielxpink were at there. never once did one of these artists express ñ their solidarity for the BLM movement. it’s crazy how indie artists claim to follow this alternative lifestyle, yet express such traditional and archaic views’, the Baby singer tweeted: ‘its true- i dont and never have advocated for violent confrontation or rioting. must be my boomer upbringing.’

He denied being part of the mob, tweeting: ‘proof that i stormed congress. yeah i dont see it. are u suggesting the congress building has a bed and breakfast we somehow got access to’, before writing: ‘i was in dc to peacefully show my support for the president. i attended the rally on the white house lawn and went back to hotel and took a nap. case closed.’

Pink, known for his influence on lo-fi music, continued to show support for Trump, tweeting: ‘vote for trump.’

Meanwhile, Maus did not directly address his attendance, but shared the link to an encyclical from Pope Pius XI to the Archbishops and Bishops of Germany from 1939, and highlighted: ‘Whoever exalts race, or the people, or the State, or a particular form of State, or the depositories of power, or any other fundamental value of the human community – however necessary and honourable be their function in worldly things – whoever raises these notions above their standard value and divinises them to an idolatrous level, distorts and perverts and order of the world planned and created by God; he is far from the true faith and from the concept of life which that faith upholds.’

Aside from his music, Pink – real name Ariel Rosenberg – has been known for making controversial statements, including saying ‘it’s not illegal to be racist’, saying that gay marriage ‘p***es him off’, and saying he respects the Westboro Baptist Church.

On Twitter, he has shown support for Trump, tweeting last year: ‘There has been a plot to unseat and demonize this president since before day one. its been malicious, disgraceful and unrelenting. no president should ever be subjected to that while in office [sic].’

He also expressed belief in the false claims that Joe Biden ‘stole’ the presidential election, tweeting: ‘Theres no doubt in my mind that it was a stolen election. youd have to be blind to not see it. even dems would agree [sic].’

Four people died at the riots last night, including one woman who was shot dead.

There have been calls to impeach Trump to remove him from office, pointing to his role in inciting rioters to storm the Capitol.