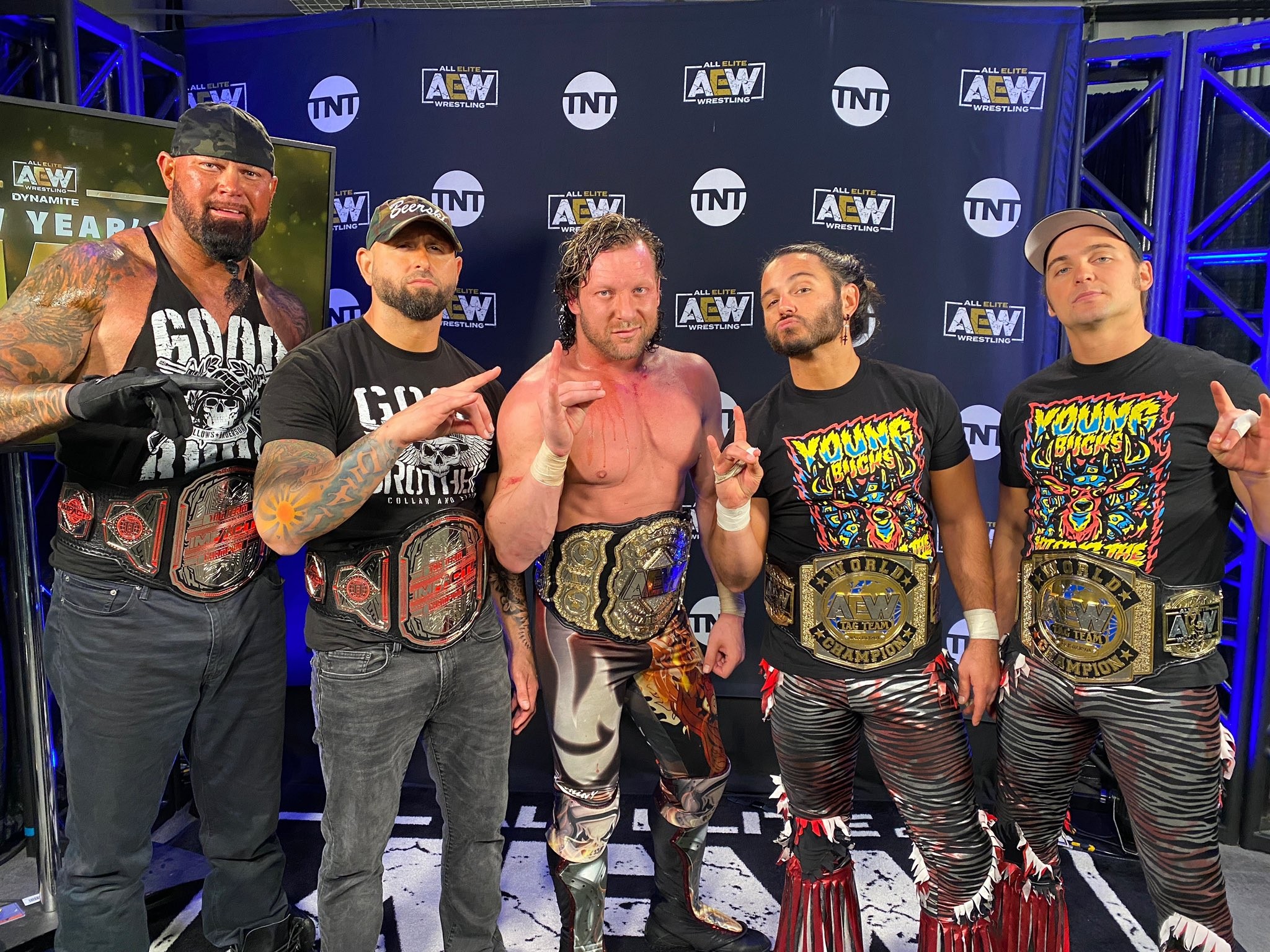 The show was headlined by a blockbuster main event as AEW Heavyweight Champion Omega retained over Rey Fenix in a glorious clash between two of the best in the world.

The champ picked up the win with the One-Winged Angel, as Callis threw the broadcast backstage where Eddie Kingston, Butcher and Blade attacked Pac and Penta El Zero M.

With his allies beaten down, Omega looked primed to destroy Fenix only for Jon Moxley to make the save with a barbed wire bat – but the biggest shocks were yet to come.

Omega delivered more shots to Jon before Brian Pillman and Griff Garrison made an unsuccessful attempt to save the latter, only to be taken out for their efforts.

Finally, the Young Bucks tried to reason with their friends and former BC partners, as the commentary team asked where brothers Matt and Nick Jackson stood.

They made their allegiance pretty clear, throwing up the signature ‘too sweet’ gesture to Omega and the Good Brothers, treating fans to an apparent Bullet Club reunion.

It’s safe to say the rivalry between IMPACT Wrestling and AEW is heating up, with both Tuesday and Wednesday nights getting even more interesting.

Only time will tell where this will go, but this latest development certainly takes things to a whole other level as 2021 kicks off in style.

MORE : IMPACT Wrestling star Eric Young on retirement thoughts and road to redemption after getting fired during pandemic

Upcoming DC Movies and TV: ‘The Suicide Squad,’ ‘The Batman’ and More

68 Best Podcasts Of 2021 You Need To Listen To Immediately

South America and Portugal travel ban: What it means for you

From Bangladesh to Burma, Simon Reeve relives his most exciting travel...