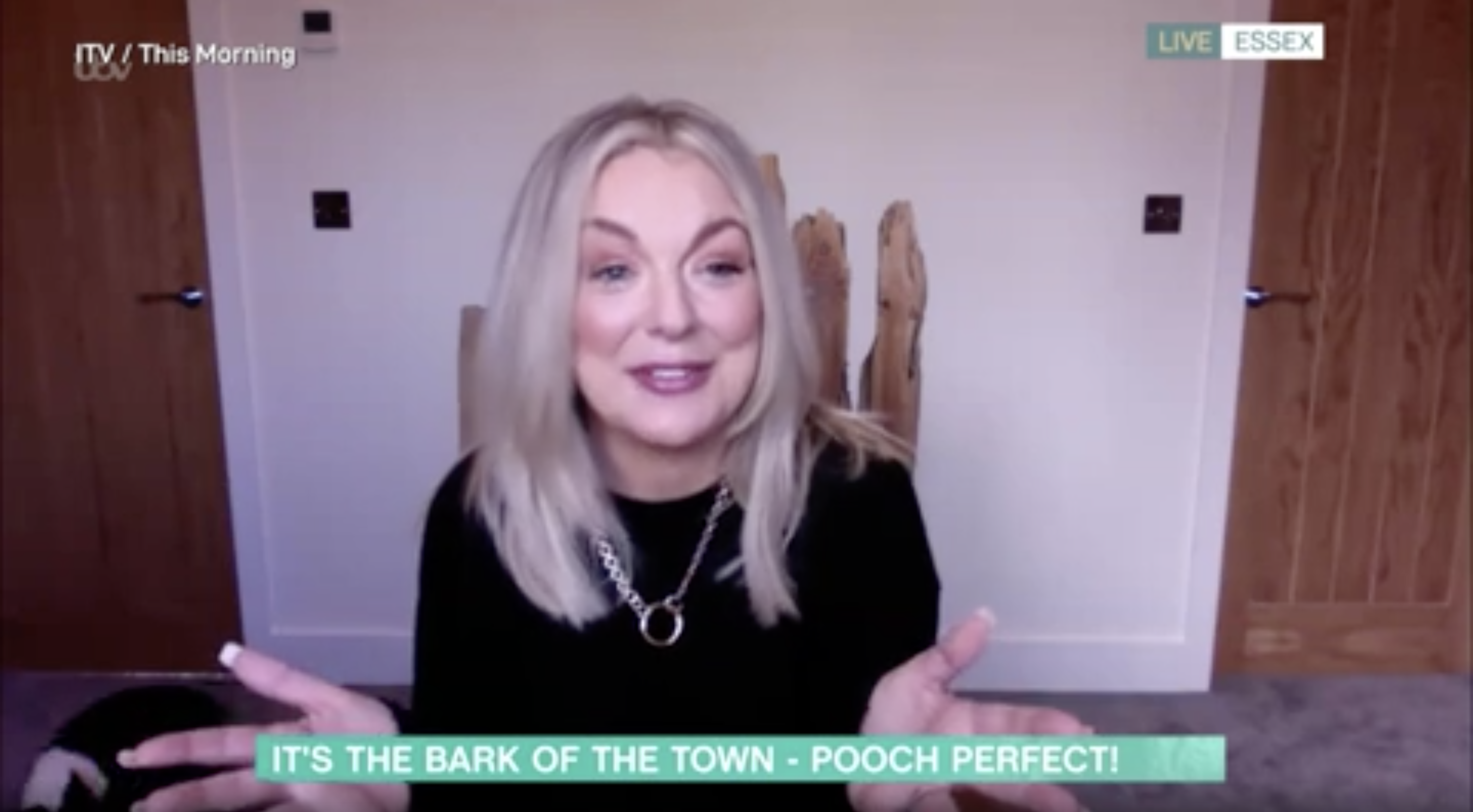 This Morning viewers were left in a state of utter shock after they spotted Sheridan Smith’s dogs having sex in the background while she was having an interview with Holly Willoughby and Phillip Schofield.

On Wednesday, Sheridan, 39, appeared on the ITV talk show via video chat to discuss Pooch Perfect, a new series that she is presenting about dog grooming on BBC One.

During her conversation with Holly and Phillip, her two dogs appeared in the background, playfighting as she attempted to keep the discussion going as smoothly as possible.

However, both she and the This Morning co-presenters couldn’t help but get distracted when they realised that the dogs had started having sex right beside Sheridan’s chair, in full view of the camera.

‘Oh heavens!’ Phillip exclaimed, while Holly said: ‘I don’t know if I should look away, I’m not quite sure.’

Sheridan covered her eyes in embarrassment, in fits of giggles as she said: ‘I’m sorry!’

Of course, the moment was not missed by This Morning viewers, several of whom shared their shock over the incident on Twitter.

‘Watching @Sheridansmith1 try to remain calm on #ThisMorning with her dogs going wild in the background has got me buckled,’ one person said.

‘OMG Sheridan Smiths doggos just started shagging on live tv…see it all on #ThisMorning,’ another wrote.

Someone else tweeted that they were ‘more interested in the dogs scraping and trying to mount each other in the background’ of the interview.

Meanwhile, another noted: ‘Those dogs have ruined the back of her chair.’

Holly’s appearance on This Morning came after a two-day absence.

During Monday’s show, Phillip explained that Holly was taking a couple of extra days off to spend time with her family, while Rochelle Humes temporarily took on her presenting role.

On Wednesday’s show, Holly made a kind gesture to a single mother who called in, offering to send her a printer after the mum-of-three told them that hers had broken while homeschooling her children.

MORE : Holly Willoughby returns to This Morning after two-day absence

Henry Cavill confirms The Witcher season 2 injury as he takes ‘major step’ in...

How to Buy an Engagement Ring, According to Diamond Experts

Engagement Rings for Every Budget