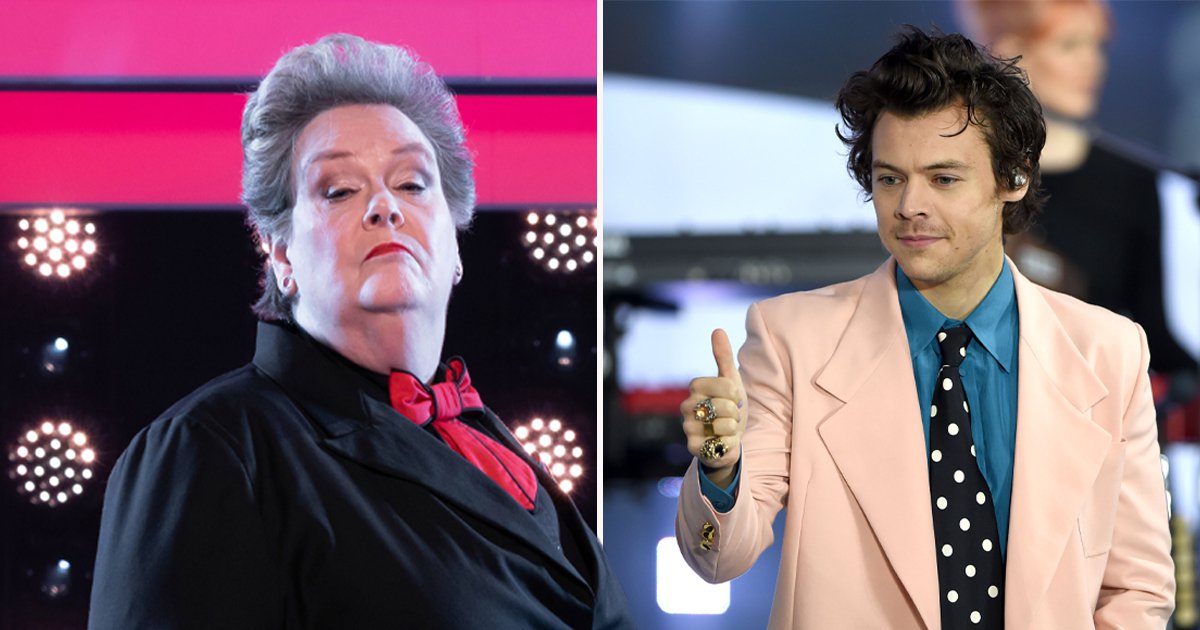 The Chase star Anne Hegerty wouldn’t want a relationship with a younger man like Harry Styles.

Anne was a guest on Wednesday’s Loose Women when talk turned to the 26-year-old singer’s rumoured romance with Olivia Wilde, 36.

The panel, which included Ruth Langsford, Judi Love, Janet Street Porter and Denise Welch, discussed if they would consider dating someone younger.

For Anne it was a no-go, as she told the ladies: ‘I can see that Harry Styles is very pretty  and so on but Janet I can assure you I am not a threat in that regard. He is cute but you can have him!’

She confessed that she preferred to date someone who had ‘been around the block a bit’, naming actor Tommy Lee Jones as her ideal type.

‘Right from my teens I was always into older men, to the concern of my mother,’ she said.

‘Everyone else my age went through a David Cassidy phase, I didn’t go through [that] phase, I went straight to the Lee Marvin phase….What can I say, my ideal man is Tommy Lee Jones.’

However, no matter how much in love Anne is she would ‘never’ let her man win in a quiz.

‘Literally I don’t even let children win!’ she added.

Ellen DeGeneres: ‘People ran away from me when I had Covid’