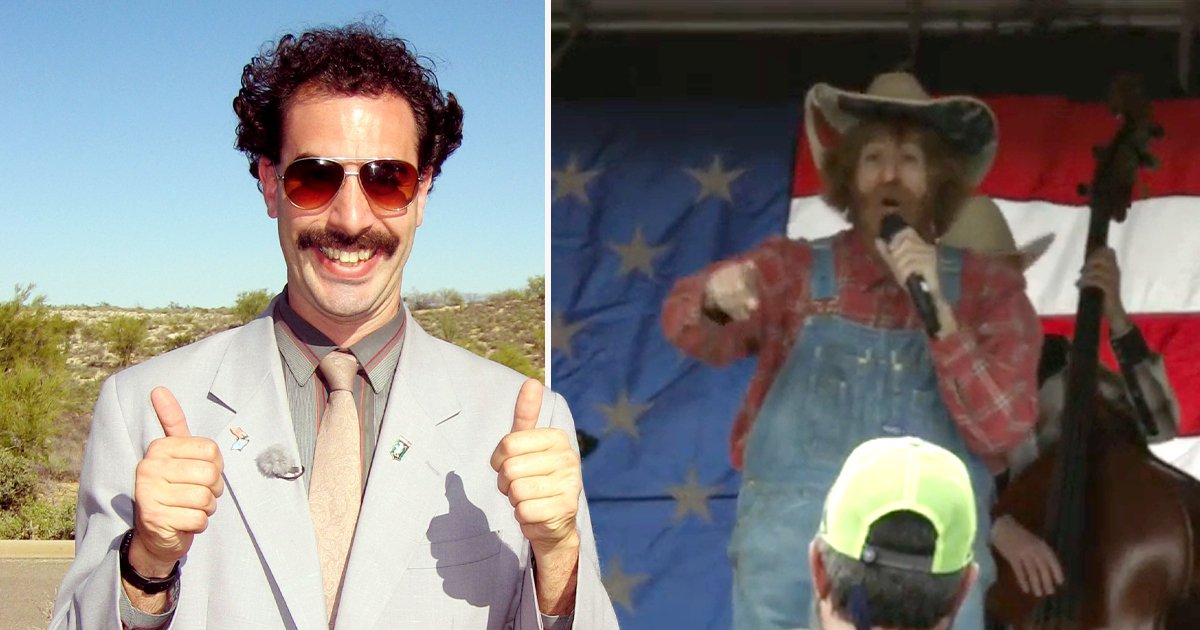 Sacha Baron Cohen has revealed the struggles of making Borat 2, which saw him have to wear a bulletproof vest as well as having a coronavirus scare on set.

The actor, who plays fictional Kazakh journalist Borat Sagdiyev in the films, revealed the lengths he had to go to to make the movie happen in the midst of the coronavirus pandemic as well as the run-up to the US presidential election.

One moment when he feared for his safety was at a right-wing rally in Olympia, Washington, when the character sang a satirical song about the ‘Wuhan Flu’, after bodyguards advised he should wear a bulletproof vest on stage.

According to Variety, one of the guards had claimed to Sacha that he had seen a protester reaching for his firearm at a heated moment during the rally.

Sacha explained: ‘There were moments in making this movie where I thought, why the hell am I doing this? This is illogical.

‘You think, am I mad? Have I got something deeply wrong with me?’

As well as the threats of violence, Sacha and his cast and crew were also subject to a coronavirus scare after they shares a set in Romania with two actors who later tested positive for Covid-19.

The film crew chartered a plane and flew the cast and crew who had been exposed to Los Angeles in case they needed medical care, though thankfully none of them ended up coming down with the virus.

The scare did however mean that the rest of Sacha’s scenes in Romania were filmed using a body double with him being digitally inserted into the footage later using green screen technology.

The movie was a hit with fans on its release in October on Amazon Prime, with Sacha’s co-star Maria Bakalova, who played Borat’s daughter Tutar, even being pegged for an Oscar.

MORE : Borat 2 actress Maria Bakalova reveals guilt over duping babysitter: ‘It was very hard for me’

When is PE with Joe Wicks returning and what time will it be on...

Maintenance should be ‘invisible’ to guests – so what does it take to keep...