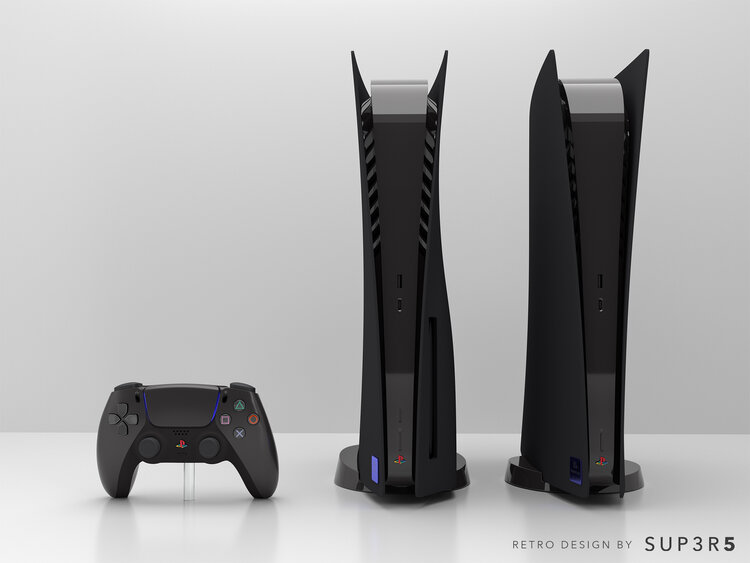 At least one company is claiming to have PS5 consoles to sell this week, the only problem is they’ve been customised to look like a PS2.

While the world still suffers from a PlayStation 5 shortage one company claims to have 304 consoles to sell, although they’re not the standard retail versions.

American firm SUP3R5 is advertising a retro ‘inspired’ version of the console which includes new side panels and a logo insert that is intended to be reminiscent of the PlayStation 2.

This doesn’t involve taking the console apart completely but the process for the black DualSense controller is more complicated and will void its warranty.

It all seems a lot of fuss for something that only vaguely looks like a PlayStation 2 but if you wished the PlayStation 5 also came in black then this is a viable option.

Although the firm is based in the US it does shop internationally, but the $749 (£548) price tag (or $649/£475 for the Digital Edition) will increase when you take into account shipping and customs fees.

It’s planned that the consoles will ship in ‘late spring’ but if you only want the controller that costs $99 (£72) and they have 500 of those to sell on their own.

You can register your interest on the website which, at time of writing at least, seems to suggest that they still have consoles in stock.

The consoles don’t appear to be officially licensed so it’s likely Sony will take a dim view of all this, especially as they’ve already cracked down on firms selling unofficial faceplates.

If you want to give it a go though the choice is yours, just be aware that according to the FAQ there is no formal warranty and you’ll need an adapter for US power plugs.

MORE : PlayStation in ‘decline’ in Japan, PS5 may sell ‘less than half of PS4’ says analyst

MORE : Multiple PS4 models being discontinued according to Japanese retailer

Married At First Sight Australia: Which couples are still together from season 6?