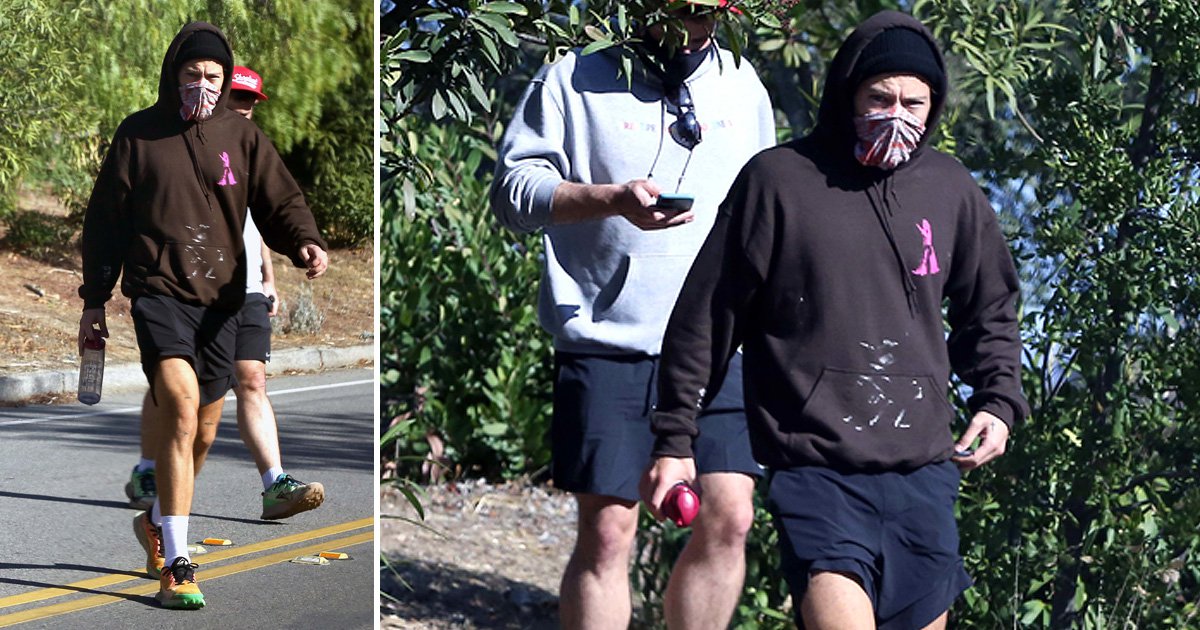 Harry Styles has made his first public appearance since he was seen holding hands with Olivia Wilde, as he went hiking with a pal.

The former One Direction star, 26, and the actress and filmmaker, 36, had been photographed holding hands at Harry’s agent’s wedding over the weekend sparking rumours the pair were dating.

Harry has since been seen hiking in California with a male pal, with both of them wearing face masks for the trek.

Despite the warm weather in LA, Harry was seen wearing a woolly hat under his black hoody, which also had the hood pulled up, paired with shorts, socks and brightly coloured trainers.

Making sure to keep hydrated and look after the planet at the same time, Harry carried a reusable water bottle with him for the walk in the hills.

Neither he nor Olivia have commented publicly on the claims they may be dating, after having met on the set of Don’t Worry Darling, which Olivia is directing and he is starring in.

The role, which is set in the 1950s, is Harry’s latest acting job since his impressive turn in Christopher Nolan’s Dunkirk in 2017.

He and Olivia – who recently split with fiancé Jason Sudeikis, with whom she shares two children – are said to have ‘grown close’ while working on the new movie.

Olivia and Jason, meanwhile, are said to remain amicable as they co-parent six-year-old son Otis and four-year-old daughter Daisy together.

A source had also claimed to Page Six that James Corden helped to keep Olivia and Harry’s relationship a secret, explaining: ‘Tjis relationship between Harry and Olivia is very new.

‘Olivia has been directing Harry in the movie in Palm Springs, and there were literally 10 people on the set, because they were strictly adhering to COVID rules.

‘Harry had been staying at James Corden’s house near Palm Springs during filming, and so they were able to be alone and keep their relationship very secret.

MORE : The Chase star Anne Hegerty rules out romance with Harry Styles and reveals her love for older men

Shop the Coach Winter Sale — Save 50% Off

Patrick Dempsey Confirms He’ll Be in the ‘Enchanted’ Sequel, ‘Disenchanted’

Things you should never leave inside a cold car