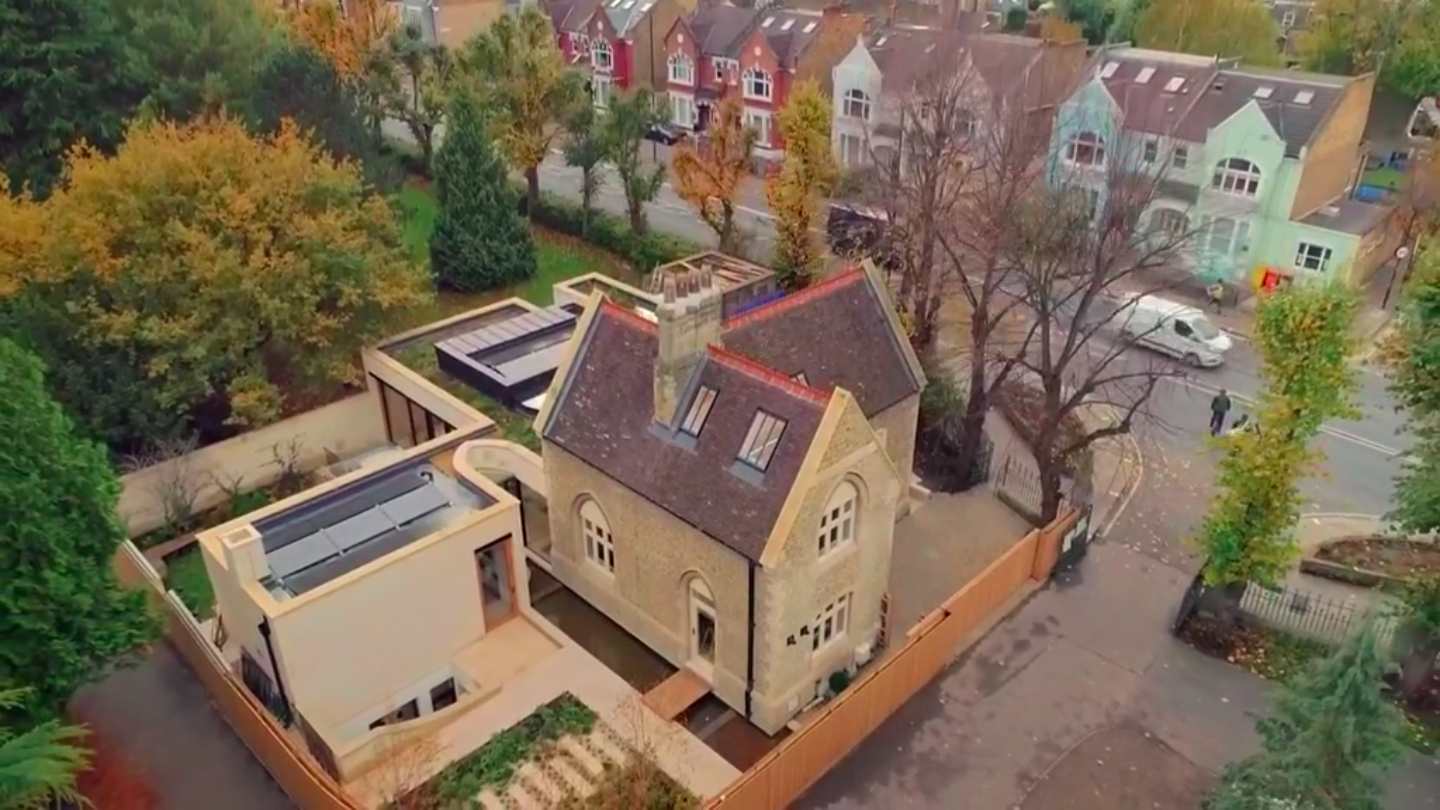 Grand Designs host Kevin McCloud observed one of the most unique builds in the history of the show on Wednesday evening, which saw a £4.5m house go up in a south-west London graveyard.

The episode followed a massive new project from army captain Justin, who forked out £1.8m on the site – which included an abandoned neo-Gothic cemetery keeper’s lodge and adjoining ex-council toilet block.

Justin budgeted for a further £1.6m for building works, although projections later came back at £4m. Eventually, he settled on a contract worth £2.1m.

Justin, who is related to Mary Queen of Scots, also showed viewers around his family home – an enormous mansion on the Scottish border, which he said is ‘what a house should look like’.

Beginning in October 2016, Justin’s team began demolishing the toilet blocks and turning them into an extension.

The project encountered a number of unforeseen issues as the property is surrounded by a grave site, with half of the team feeling strange working around graves.

Digging down six metres, just a metre away from the nearest gravestone, the space made use of a lower floor, adding two bedrooms, a living space and even a swimming pool underground.

However, the huge project came with its own issues, given its unique location.

Works also stopped for a full three months due to the coronavirus.

In the end, though, the house came together and looked spectacular, if totally unconventional.

The total spending came to a whopping £4.5million, with Justin calling it a ‘terrifying emotional rollercoaster’.

The project was definitely one of the strangest in the show’s history, and viewers were in awe of the ‘goth house’ being built in the cemetery.

‘House in a cemetery? Goth paradise,’ one wrote.

Another said they were incredibly ‘jealous’ of the build.

There were also plenty of viewers who hit out at the excessive amounts of money being used on the house, calling them ‘ridiculous’.

Meanwhile, Grand Designs’ Kevin McCloud recently joked he’s ‘got quite good at being rude’ to people approaching him in the street.

The TV presenter, 61, is in the vulnerable category amid the pandemic, so as a result needs to be extra careful when around other people and keep a distance at all times.

Grand Designs continues on Wednesday at 9pm on Channel 4.

MORE : Grand Designs returns with disaster as most surreal project yet is rocked by Covid

Phillip Schofield offers to pay pensioner’s £700 energy bill after she admits she ‘can’t...