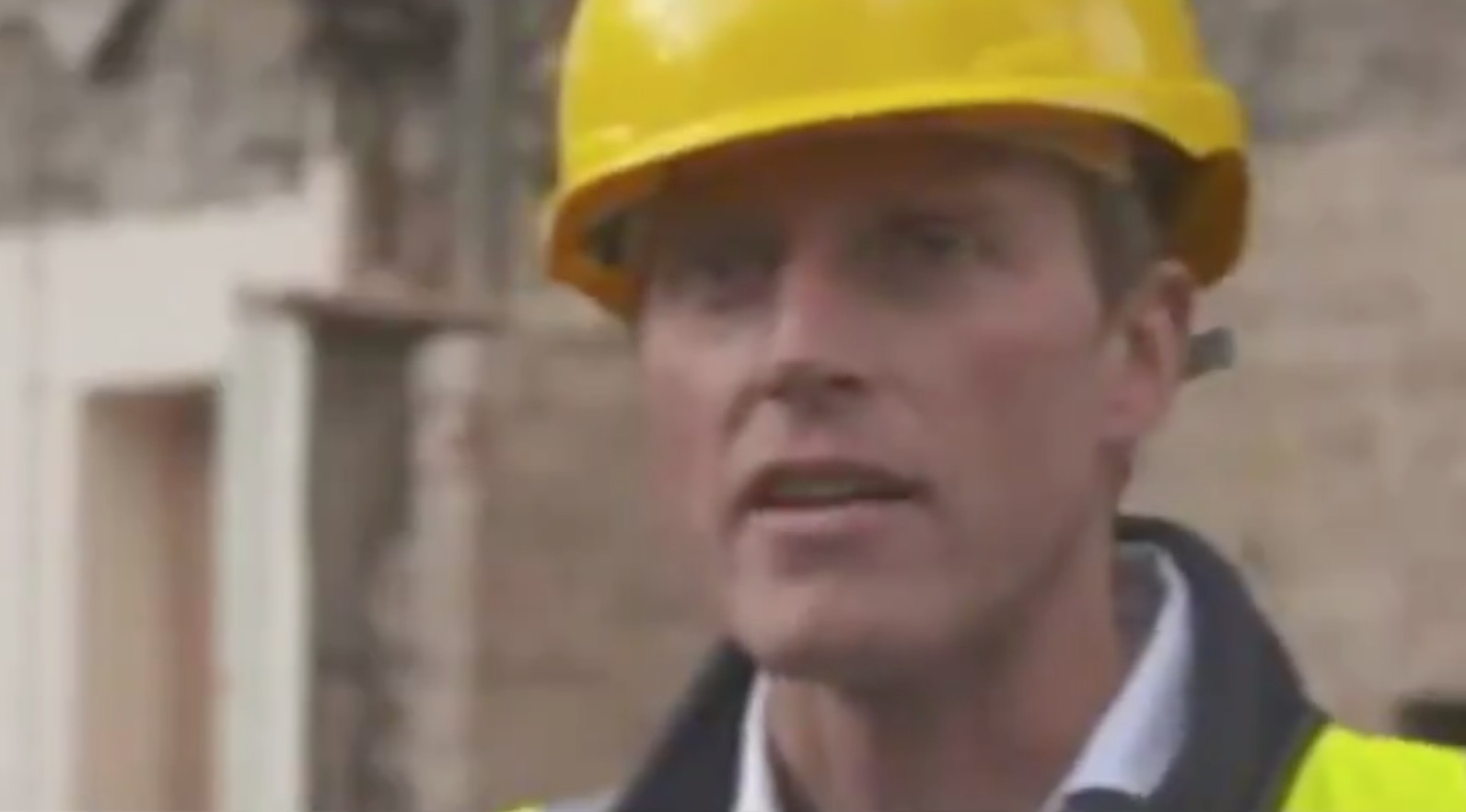 Grand Designs’ Kevin McCloud has his work cut out for him as he returns for a new series – with a former Army captain tries to create his ideal home on a gravesite.

The Channel 4 show heads to south west London to see Justin and his property, which he’s building around a cemetery.

Justin has forked out £1.8million and counting on the neo-Gothic cemetery keeper’s lodge, as well as the adjoining ex-council toilet block.

He plans to transform the properties into his perfect home, complete with a swimming pool and a moat, on the grounds of the cemetery.

The toilet block is to be turned into a ground floor extension on the property.

In a first look clip of the episode, Kevin jokes to Justin: ‘You’ve got lots of neighbours but they’re all dead!’

But that doesn’t deter the former forces captain, who tells him: ‘That’s one of the things which I love about it. Worse case scenario is we find Henry VIII or one of his wives.’

However, the massive project comes with its own issues and despite dreaming big, nothing can stop coronavirus causing a halt in his building plans for a series of months.

That’s before you take into account the graves they have to be careful around as the building works commence.

At one point, Justin seems to admit defeat and warns: ‘I’m staring down a catastrophic financial black hole,’ with the cost of renovations sky-rocketing.

Is he going to be able to make this dream home work?

Olly Alexander ‘blacked out’ with excitement after meeting Rihanna on best night of his...